An internship is the culminating field experience for the initial teacher preparation programs in the College of Education. The number of credits and contact hours for internship exceed what the state requires for licensure. 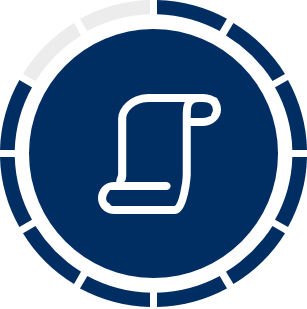 In 2017-2018 academic year, the College of Education graduated a total of 476 students. In that graduating class, 199 were graduate students and 277 were undergraduate students. Our student population is made up of 21% male and 79% female, and 38% of our students are of color.

The Praxis II tests, by the Educational Testing Services (ETS), are the core content competency tests required by Nevada for a teaching license. The Nevada testing requirements may be viewed on the ETS website. The Title II report for 2017 indicated a pass rate of 81.7%.

Nevada and surrounding communities in other states are experiencing regional teacher shortages. Program completers are highly employable in Nevada. The College conducts an annual spring career fair for employer recruitment. For the last two career fairs, the ratio of employers to candidates has been approximately 1 employer per 3 candidates.

In 2018, the College of Education survey the previous five years of graduates about their ability to be hired in the state of Nevada. From the responses, 90% indicated that they were able to receive a job in education after graduating and 86% of that group remained in Nevada. Of those that stayed in Nevada, 69% received jobs in the Washoe County School District, 19% at Private/Charter schools, 12% at other Nevada districts and another 4% went into higher education.

Satisfaction of completers and employers

Starting with the graduating class of 2016-2017, a new assessment of graduates was instituted. Graduates will now be asked to complete a satisfaction survey after they have completed one full year in the classroom. The satisfaction of graduates from the 2016-2017 academic year will thus be completed and available during late May or early June of 2018. This new surveying procedure was implemented due to our participation in the Deans for Impact Common Indicators System project. The employer satisfaction survey for the 2016-2017 graduates will also be implemented on the same time frame and for the same reasons.

The College of Education adopted the Washoe County School District's Teacher Evaluation Rubric for the evaluation of interns during student teaching. This evaluation tool is a modified Danielson rubric and the intern is evaluated using 4 Standards of Professional Competence:

Each standard is comprised of categories (lettered items) and each category contains a list of skills. These are shown later in this document. The rating scale below is used for standards, categories, and skills. Ratings for skills are averaged to obtain the category rating. Categories are then averaged to obtain the overall rating for each standard. Round all scores to the hundredth decimal point. Write the score on the line to the left of each item. While it may not be possible to observe all skills during a single observation, all skills are evaluated by the end of internship by both the lead teacher and the university supervisor.

As a Tier 1 research institution with nationally accredited teacher education programs, the UNR College of Education must document the impact our interns have on the students they teach. This documentation comes from two sources: the students’ voice about the intern’s effectiveness and the data derived from students’ grades for a lesson with pre- and post-assessments.

Part 1: The Interns' Impact on P-12 Students Through the Students' Voices

The interns’ lead teachers administered a survey to P-12 students about the intern’s performance in four areas: planning, classroom environment, instruction, and professional responsibilities. The survey items were gleaned from the internship evaluation rubric. Survey statements and administration were modified for young students, non-readers, and emerging readers. The mean is reported as follows:

Lesson assessments typically include more than one objective so the intern was asked to hone in on one objective and the grading data that does or does not support student learning. For this part, interns chose one lesson and reported the students’ pre- and post-assessment results. These data were reported under the supervision of the lead teacher. The mean is reported as follows: