The Department of World Languages and Literatures Spanish section is proud to be a member of Sigma Delta Pi, the National Hispanic Honor Society. Sigma Delta Pi was founded November 14, 1919, at the University of California, Berkeley. Sigma Delta Pi recognizes excellence in the study of the Spanish language, civilization and literature. There are over 550 collegiate chapters. Our chapter Zeta Omicron was chartered in 1977. It went inactive for some time, but was activated again in 2012. 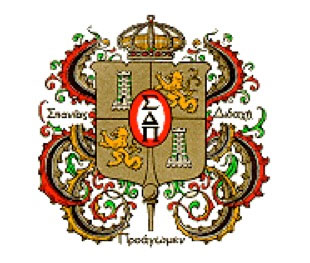