The Department of World Languages and Literatures is proud to bring award-winning, notable and highly esteemed speakers to campus to discuss topics on immigration, heritage, education for first-generation students and language in the community. The department offers guest speaker events, special lectures and workshops as part of the Hilliard Grant. These events are offered to the campus community and many are open to the public. Please take a look at some of the previous guest speakers.

Silvina Montrul is professor of Spanish and linguistics at the University of Illinois at Urbana-Champaign, former head of the department of Spanish, Italian and Portuguese (2010-2016) and former director of the Second Language Acquisition and Teacher Education program (2008-2011). She is the founder and director of the Second Language Acquisition and Bilingualism Lab since 2007 and has been co-editor of the journal Second Language Research since 2011. She is also the founder and director of the University Language Academy for Children. Moreover, Montrul is a leading advocate on heritage speaker education and has actively worked to research this population. She is the author of four books and dozens of peer-reviewed articles on the subject. She is also an advisory board member of the National Heritage Language Resource Center and has been the recipient of three National Science Foundation grants to study this population. 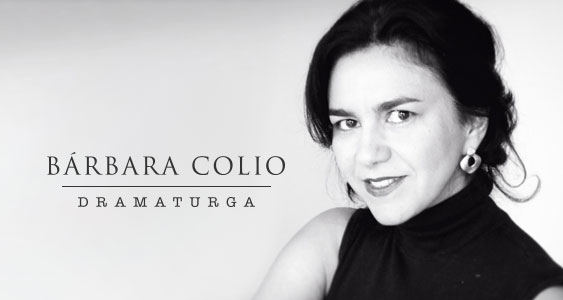 Mexican playwright Bárbara Colio delivered talks, visited classrooms and worked with University student and faculty actors while presenting scenes from her plays in both Spanish and English, including one play that is a U.S. national premiere. Colio is the author of more than a dozen prize-winning plays, including La boca de lobo, Pequeñas certezas, Usted está aquí, El día más violento and Cuerdas. She is also the founder of the Mexico City-based theater company BarCoDrama. Colio was born in 1969 on the U.S.-Mexico border in Mexicali, Baja California, where she had her formative experiences in the theater and became a playwright before moving to Mexico City in 2003. Her many award-winning plays have been produced widely in New York, Texas, Mexico, Spain, Portugal, France, London, Italy, Argentina, Perú, Costa Rica, Singapore and China, and she has held writing residencies in London, New York, Spain, Singapore and China. Colio was the first Mexican playwright to be a resident writer at the Royal Court Theater in London and the first Mexican playwright to win Spain's prestigious María Teresa León International Prize for female playwrights. Among many other awards she has won the 2017 Dramaturgical Prize Juan Ruiz de Alarcón. Latino Magazine has written that her play, Cuerdas, "Set a new standard for Latin American theater in the United States." Her work is notable for its astute depictions of personalities, its realistic portrayal of contemporary realities surrounding gender, race and migration, and its break with theatrical conventions. Ana Laura Santamaría, professor of ethics and humanistic studies at Tecnológico de Monterrey, has written, "El teatro de Bárbara Colio expresa un compromiso con la realidad de su tiempo; con los seres humanos que enfrentan el vacío de las ausencias con el único recurso que les permite seguir respirando: la mirada del otro." [The theater of Bárbara Colio expresses a commitment to the reality of her time; with the human beings that face the emptiness of the absences with the only resource that allows them to keep breathing: the look of the other].

Rigoberto González is the author of four books of poetry, including  Unpeopled Eden, which won the Lambda Literary Award and the Lenore Marshall Prize from the Academy of American Poets. His 10 books of prose include two bilingual children's books, the three young adult novels in the Mariposa Club series, the novel  Crossing Vines, the story collection  Men Without Bliss and three books of nonfiction, including  Butterfly Boy: Memories of a Chicano Mariposa, which received the American Book Award from the Before Columbus Foundation. He also edited  Camino del Sol: Fifteen Years of Latina and Latino Writing and Alurista's new and selected volume  Xicano Duende: A Select Anthology. The recipient of Guggenheim, NEA and USA Rolón fellowships, a NYFA grant in poetry, the Shelley Memorial Award from the Poetry Society of America, The Poetry Center Book Award, and the Barnes & Noble Writer for Writers Award, he is contributing editor for Poets & Writers Magazine and writes a monthly column for NBC-Latino online. Currently, he is professor of English at Rutgers-Newark, the State University of New Jersey and the inaugural Stan Rubin Distinguished Writer-in-Residence at the Rainier Writing Workshop. In 2015, he received The Bill Whitehead Award for Lifetime Achievement from the Publishing Triangle. As of 2016, he serves as critic-at-large with the L.A. Times. 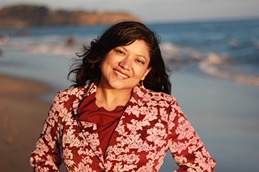 Reyna Grande is an award-winning novelist and memoirist. She has received an American Book Award, the El Premio Aztlán Literary Award and the International Latino Book Award. In 2012, she was a finalist for the prestigious National Book Critics Circle Awards and in 2015, she was honored with a Luis Leal Award for Distinction in Chicano/Latino Literature. Her novels,  Across a Hundred Mountains, (Atria, 2006) and  Dancing with Butterflies (Washington Square Press, 2009) were published to critical acclaim and have been read widely in schools across the country. In her book,  The Distance Between Us (Atria, 2012), Reyna writes about her life before and after immigrating from Mexico to the United States. Born in Iguala, Guerrero, Mexico, Reyna was two when her father left for the U.S. to find work. Her mother followed her father north two years later, leaving Reyna and her siblings behind in Mexico. In 1985, when Reyna was nine, she left Iguala to make her own journey north. She entered the U.S. as an undocumented immigrant and later went on to become the first person in her family to graduate from college.

Julio Torres (University of California, Irvine) is a nationally-recognized scholar whose research focuses on the study of Spanish as a heritage language and heritage Spanish speakers. Heritage speakers are different from second language learners in many respects. Typically, these speakers are bilinguals who were raised in homes where Spanish is spoken as a minority language. Because of this asymmetry, while the development of the majority language (English) continues fully through their school years, the development of Spanish, the minority (so called heritage) language, is often curtailed and stagnates around their adolescent years. For that reason, as a group, heritage speakers are an extremely diverse group of speakers, ranging from those who can only understand it (so-called over hearers) to those who are fluent to a certain degree but usually not literate in the heritage language. Torres has actively worked to research this population and, in collaboration with the National Heritage Language Resource Center, he has focused on the development and administration of a digital repository for research tools and materials for studying heritage bilinguals.

Kim Potowski is a professor of Spanish linguistics at the University of Illinois at Chicago, where she directs the Spanish for Heritage Speakers program. Her research focuses on Spanish in the United States, including factors that influence intergenerational language transmission and change as well as connections between language and ethnic identity. Her interest in the role of dual language education in promoting bilingualism and academic achievement among Latino youth was the focus of her TEDx talk "No child left monolingual." She has authored and edited works including El español de los Estados Unidos (2015), Heritage language teaching: Research and practice (2014), Language diversity in the USA (2011), Language and identity in a dual immersion school (2007) and Bilingual youth: Spanish in English-speaking societies (2008). She has also authored two college Spanish textbooks, one for beginners and another focusing on academic argument texts for heritage speakers and advanced composition students. She spent a year in Oaxaca, Mexico as a Fulbright fellow studying the linguistic and educational experiences of U.S.-raised Mexican-origin youth (re)integrating into Mexican schools.

In August of 2009, José M. Hernández was the first son of a migrant farmworker to become a NASA astronaut. Hernandez's accomplishment is even more amazing when you realize the journey he took to get there. Hernández was born into a family of migrant workers and toiled in the fields of California and Mexico, while dreaming of changing his life. He was not fluent in English until he was 12 and lived in dangerous neighborhoods filled with drugs, alcohol and gang violence. His family supported him and he became an inspiration to many. In addition to being an astronaut, he graduated college with degrees in electrical engineering, earned a Ph.D. in science, developed technology for the early detection of breast cancer, worked for NASA, was a candidate for the U.S. House of Representatives and is now the president and CEO of an engineering company.

Sponsors: CLA Hilliard Grant, ASUN, the Departments of: World Languages and Literatures, Physics, Anthropology and Political Science, the Latino Research Center, the Department of Gender Race and Identity and the Spanish Club.

After receiving her Ph.D. in Hispanic literature in 1998, Ann began to turn her attention to critical analyses of the discourses about Spanish-speaking immigrants at the national level, within the local communities surrounding her university and within the profession of language teaching itself. For the past 11 years, she has incorporated Spanish community service learning into three courses ("Spanish in the Community," "Spanish for Business" and a course on social entrepreneurship). Ann has also published curricular materials that connect students' learning to their local community contexts and written scholarly articles about the challenges of foreign language community service learning. During this period that many have called "the crisis of the humanities," the engaged humanities offers foreign language programs new ways to connect their scholarly expertise to community-identified challenges, and a new way to connect to students who increasingly want to see concrete outcomes to their education.

Sponsors: CLA Hilliard Grant, Latino Research Center, the Spanish Club, the Office for Service-Learning and Civic Engagement and the Department of World Languages and Literatures.