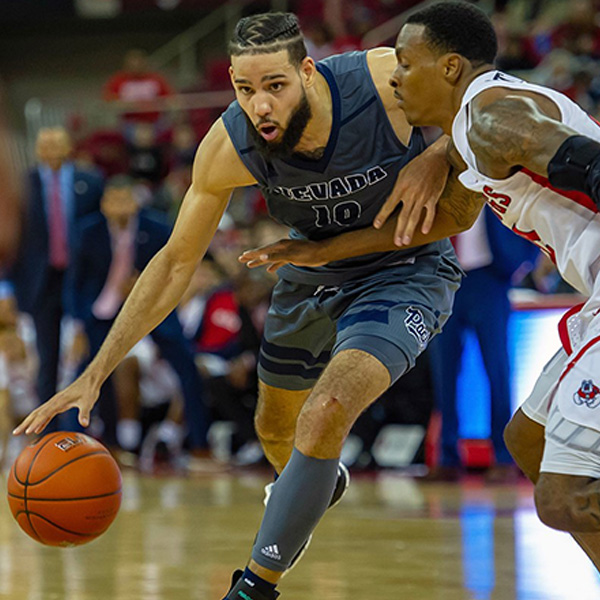 The past year has seen the University undergo profound change … some of it planned and some of it completely unexpected.

The most-viewed Nevada Today news stories for 2019 reflect this theme over and over again.  Eight of the top 10 most-viewed stories over the past year had something to do with or were related to an event that marked a change or transition in the life of the University.

An announcement by President Marc Johnson on Oct. 31 letting the campus know he would be transitioning to the faculty in July following more than eight years as the institution’s 16th chief executive wasn’t completely unexpected. In interviews since his announcement, Johnson said he had been talking with Nevada System of Higher Education Chancellor Thom Reilly as well as past Board of Regents chair Kevin Page and current chair Jason Geddes for more than a year about his wish to have his current contract be his last. The campus will now turn its collective attention in 2020 to the selection, following a national search, of Johnson’s successor.

Far more unexpected was the explosion on July 5 that rocked Argenta Hall. The explosion severely damaged not only Argenta but Nye Hall as well. According to State Fire Marshal Bart Chambers’ report on the incident, an initial boiler explosion in Argenta occurred at about 12:42 p.m. during an inspection. A three-inch gas feeder was severed, which led to a 1 p.m. explosion that caused “significant” structural damage to Argenta and Nye Halls, injuring eight people. If not for the safety measures that were already in place, praised by Chambers as “some of the best in the country,” the Argenta explosion would’ve been far worse.

Still, in the days and weeks that followed, due in large part to the fact that the campus’ main dining facility inside Argenta was lost and more than 1,300 students were displaced by the explosion, the University began to experience a “new normal” of campus life. Temporary dining, in the form of “Howler Village,” was erected between the Pennington Student Achievement Center and Great Basin Hall. By early December, phase two of the interim dining plan, “The Den,” a 408-seat facility heated and cooled for comfort, had been erected between Thompson Hall and the Jot Travis Building, replacing “Howler Village.”

And in perhaps the biggest logistical undertaking of them all, the University in August completed an agreement with Eldorado Resorts to secure 1,300 beds in Circus Circus Reno’s West Tower for the students displaced by the Argenta explosion. The West Tower was renamed “Wolf Pack Tower,” and included a major commitment of resources by the University to ensure the Wolf Pack Tower students’ safety – separate, non-gaming entrances and exits were established to the building; around-the-clock security was provided; all entrances and exits were staffed by University employees; a key-card system was utilized for entry; University Police Services provided routine patrols 24/7 and a substation presence. In addition, a regular bus shuttle service was made available for all students in Wolf Pack Tower.

“We can restore them and will restore them, and that’s the phase we are at,” he said steadfastly.

It is estimated that Nye Hall could reopen by next summer. Argenta is slated to reopen in fall 2021.

In addition to the stories related to Johnson’s presidential announcement and the Argenta explosion, two others in the 2019 Top 10 most viewed centered on the Wolf Pack’s nationally ranked men’s basketball team, which rose to as high as No. 6 in the country. The Wolf Pack captured the national imagination because of its underdog status from the year before when it rushed to a surprise Sweet Sixteen berth, as well as the team’s compelling storyline of an energetic coach and players whose personal stories spoke to struggle and redemption.

The Pack was coached by a former NBA coach who seemingly had run out of head coaching opportunities, Eric Musselman, who during his time heading the Pack program had made a rare and special connection with the student body and the community. Students who cheered for the Pack were considered part of the “Muss Bus.” Whenever the team won a big game, Musselman would often race to the student section for high-fives and hugs. The Pack’s players were predominantly made up of transfers from other schools who seemingly were at Nevada to prove their doubters wrong. Jordan Caroline was an undersized forward whose competitive engine was always revving and wouldn’t let his team quit. Two of the Pack’s guards, Caleb and Cody Martin, were twin brothers raised by a single mother in near-poverty conditions in North Carolina. If that wasn’t enough, the Martins volunteered at the SPCA and were on a student team in the College of Business’ prestigious Sontag Competition. There was a maturity, a sense of self-awareness to the team, whose starting five was completely made up of fifth-year seniors.

It all made for a 29-5 season that included a third straight Mountain West Conference Title but ended, sadly, in the first round of the NCAA Tournament. A few days later Eric Musselman left the University for the head coaching position at Arkansas. Musselman’s four years at the University will never be forgotten. It was a herculean, around-the-clock effort by a coach whose obsession spilled into and energized the community while grabbing the attention of the entire country. Caleb and Cody Martin are now with the Charlotte Hornets of the NBA.

Since then, the veteran Steve Alford was hired as Nevada’s men’s basketball coach. Like so many other events that occurred over the past year, Alford’s hiring signaled yet another transition in a year full of significant changes at the University of Nevada, Reno.

Below is a list of the 20 most viewed stories on Nevada Today in 2019: