A decade strong: University ranks in the top tier for tenth year straight 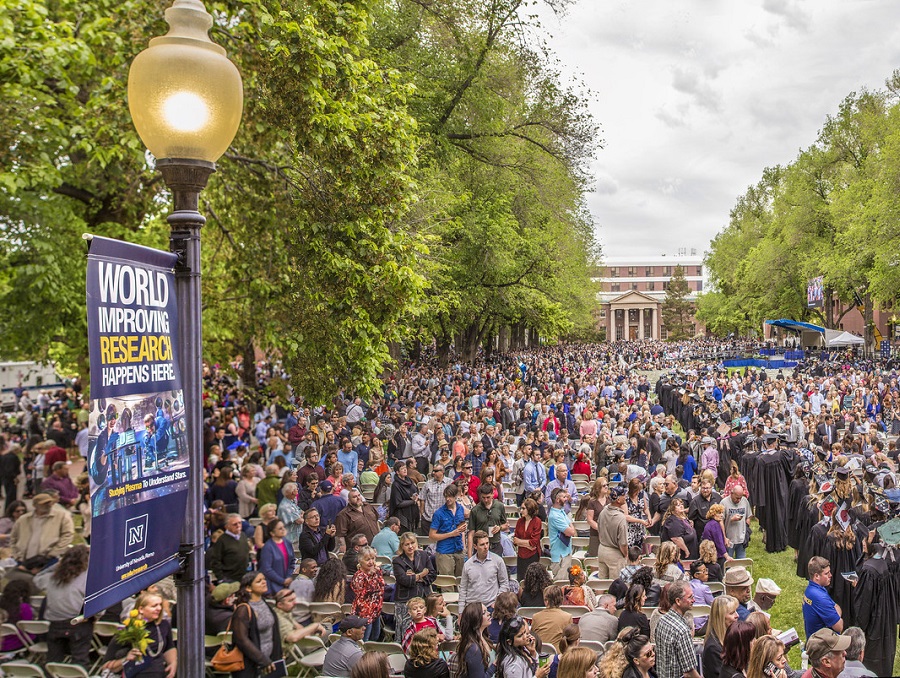 A decade strong: University ranks in the top tier for tenth year straight

For the 10th straight year, the University is ranked in the top tier of “Best National Universities” by U.S. News & World Report, which released its annual rankings for its special 2020 edition earlier this month.

The University is ranked No. 240 among “National Universities,” which includes public and private institutions, and is also ranked No. 117 among “Top Public Schools.”

“Being ranked in the top tier of undergraduate programs at U.S. universities over the past decade is a significant milestone for our institution,” said Kevin Carman, provost and executive vice president. “It is a product of our commitment to student success through a variety of programs such as ‘First in the Pack,’ which provides support for first-generation students, Living Learning Communities in our dormitories, expanded opportunities for undergraduates to participate in research, and ‘NevadaFIT,’ which helps new freshmen successful transition into the university academic environment. “

Carman added, “We have made significant improvements in metrics such as graduation rates, student-to-faculty ratios, and student-to-advisor ratios, which directly or indirectly impact the metrics associated with our top-tier classification.  That said, our commitment to student success is a journey and not a destination.  Our faculty, staff, and administration are deeply committed to enhanced student learning and success through continuous improvement of the entire student living and learning experience at the University of Nevada, Reno.”

U.S. News writes that its rankings “strictly map its categories to the Carnegie Classification of Institutions of Higher Education’s Basic Classification system.” Earlier this year Carnegie’s “Update” of its classification system reclassified many institutions. Consequently, U.S. News writes, “many schools are categorized in different U.S. News rankings for the 2020 edition compared with the previous edition. This underscores that the total number of schools ranked in our National Universities ranking increased by more than 25 percent year-to-year while total ranked Regional Universities (the tier below National Universities) decreased by approximately 10 percent year-to-year.”

This has meant that several institutions might have seen their ranking change by several spots between last fall’s rankings and this fall’s new rankings. Serge Herzog, director of Institutional Research at the University, said that due to the new members of “National Universities,” the University’s relative ranking went from the 89th percentile to the 82nd percentile this year, which is actually an improvement from where the institution ranked in relation to other institutions this year, Herzog noted.

A quick glance at the rankings of several peer institutions of the University, including all of the members of the Mountain West Conference which reached “National University” top  tier status, and which share similar enrollments, geography and aspiration, bear out the fact that there was indeed movement for several others as well.

In December, it was announced the University was classified as an “R1” institution by the Carnegie Classification of Institutions of Higher Education. An R1 designation – “Very High Research Activity” – by Carnegie is reserved for doctoral universities with the highest levels of research activity. The University and UNLV are among only 130 institutions in the country to receive the R1 designation.