Help provide students with critical support needed to continue their University education, despite facing unexpected challenges associated with COVID-19 or other emergencies.

To learn more about the fund 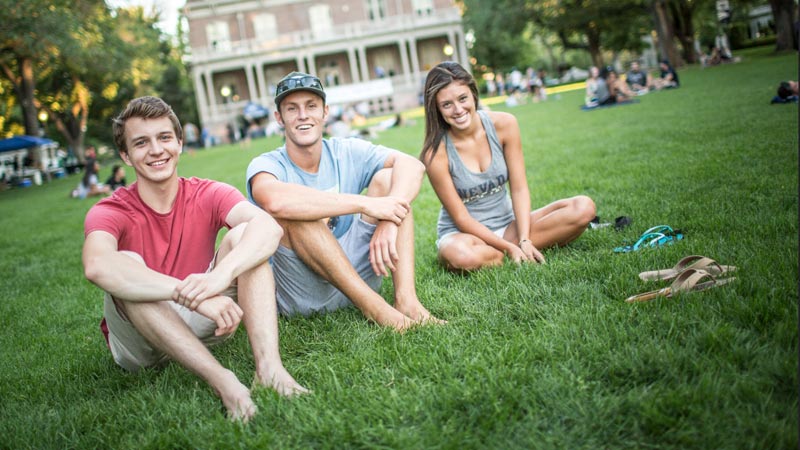 Developing the expertise to provide the link between food producers and consumers, between diet and health.

Earn a Bachelor's of Science in Nutrition with a specialization in Dietetics. You'll experience challenging courses and hands-on learning experiences that prepare you for entry into a dietetic internship, graduate school or immediate employment as a nutritionist.

Earn a Bachelor's of Science in Nutrition with a specialization in Nutritional Science. You'll explore nutrient requirements, nutrient functions, health and risk through a curriculum that draws on a variety of disciplines and provides flexibility to pursue areas of personal and career interest.

Earn a minor in Nutrition with an emphasis in Nutritional Science. You'll complement your major area of study with a set of courses that relate to nutrient requirements and function, and nutritional care in clinical and community settings.

Enhance your knowledge of and conduct research in many different aspects of nutrition with our Master of Science Program that integrates resources and expertise campus-wide to ensure student success.

Learn about our master's degree

As a member of the Wolf Pack family and a nutrition major or minor, you'll receive hands-on lab experiences, real-world community engagement opportunities and a science-based education that will set you up for success.

Students in Dietetic Internship Program gain valuable experience in telehealth during COVID-19. Karon Felten and Jolyn Wirshing are working with students to ensure they succeed in the program.

To read the complete story...

How does obesity cause heart disease genetically?

With over 95% of the world’s population having at least one health problem and with some populations impacted more severely by health inequities than others, a University of Nevada, Reno researcher is studying how the trillions of bacteria, fungi and other microbes present in the digestive tract affect the health of Nevadans.

Assistant Professor Steven Frese, as part of the Department of Nutrition, is conducting the microbiome study, which is unusually open.

“A lot of studies that have been completed focused deeply on particular populations and aren’t representative of the socioeconomic, racial and ethnic composition of the country,” he said. “We hope that with this study, we will be able to characterize the microbiome of people in Nevada in a more representative way. We want to tell the story of what the microbiome of Nevadans actually is, rather than guess from other populations.”

Through Department of Nutrition programs such as Rethink Your Drink and Dietetic Internships, College events like Nevada Field Day and the College's Health & Nutrition programs and services provided by Extension, the College, its students, volunteers, staff and faculty help Nevadans to live better lives.