"In this climate of pointing out differences, food is one thing that can always bring people from different cultures together," Somma said. "We need to do more things like this with our youth in order to provide hope for a more united future." 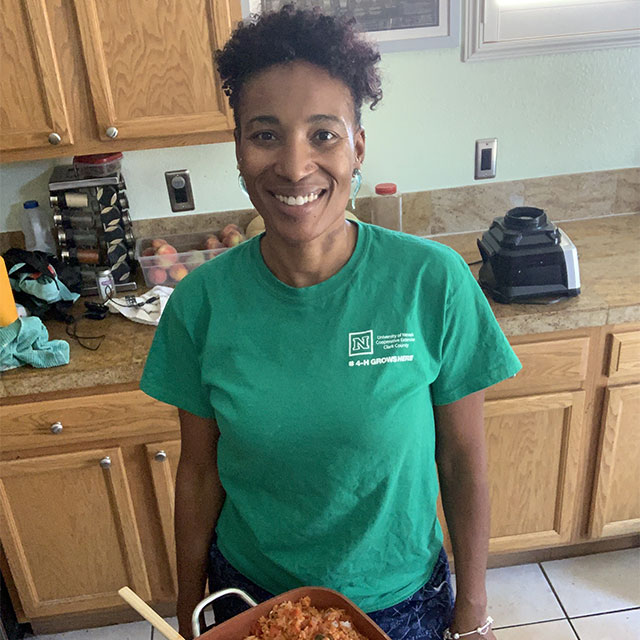 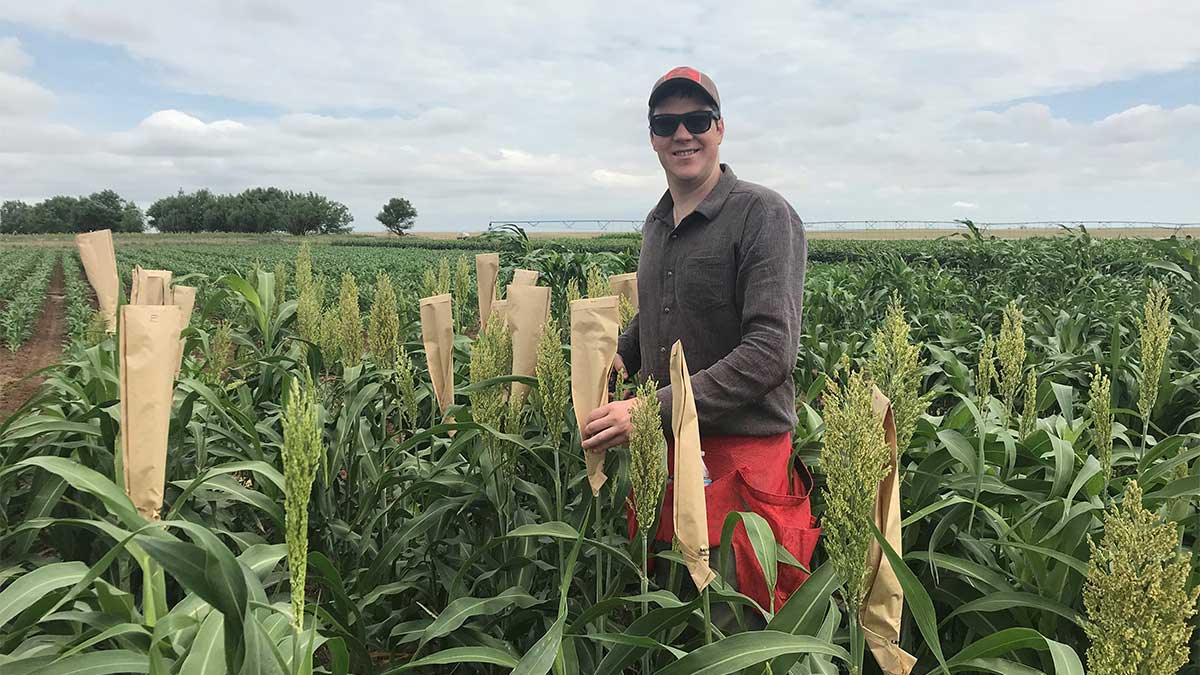 When Melinda Yerka came to the University in 2017 as an assistant professor in our College, she knew she wanted to work with fermenting sorghum. John Baggett, who earned his bachelor’s degree in Biochemistry & Molecular Biology at the University in 2015, also returned to pursue his doctorate because he wanted to study the biochemistry of fermentation. Together, and funded by $650,000 in grants, the pair are investigating new sorghum varieties emerging from Yerka’s breeding program.

"Sorghum is gluten free," Yerka said. "John, who previously conducted research and development with barley-based beer recipes at the Depot Craft Brewery and Distillery in Reno, had seen a demand for gluten-free beer."

The new varieties will be finished this fall, and the next step is malting and fermenting to check their performance and quality. The team will work with Arne Martin, owner of 40 Mile Malt in Fallon, to malt the grain prior to brewing. From there, the team will partner with local businesses, including the Depot Craft Brewery and Distillery, to have consumers taste-test the flavors.

"We’ll be fermenting these sorghum and barley varieties to see how their production environment impacts the flavor profile and makes the best beer. We also want to know how similarly barley grain and sorghum grain act during malting and brewing, as this will help us optimize methods that are specific to sorghum." -Assistant Professor Melinda Yerka

Growing doctors, and love too

Lance Horner graduated from our College in 2013 with a degree in biochemistry & molecular biology. He went on to attend the University's medical school, where he met and worked with Aradhana Mehta. In their time at school and at work, they "grew together as people, as future physicians and as a couple," Aradhana said.

Lance graduated from medical school in 2017, but one test was particularly challenging for him— receiving permission from Aradhana's parents and sister to propose. It took seven days, but he passed, and on a scavenger hunt across Spain, he proposed.

She said yes, and the pair were married in Las Vegas last April with two ceremonies, including a traditional Indian ceremony. Shortly after, Aradhana too graduated medical school, taking the pair from Mr. and Mrs. to Dr. and Dr.

They said they'd be happy to practice here in Nevada after their residencies; "We just love the community and the people that we work with," Aradhana said. 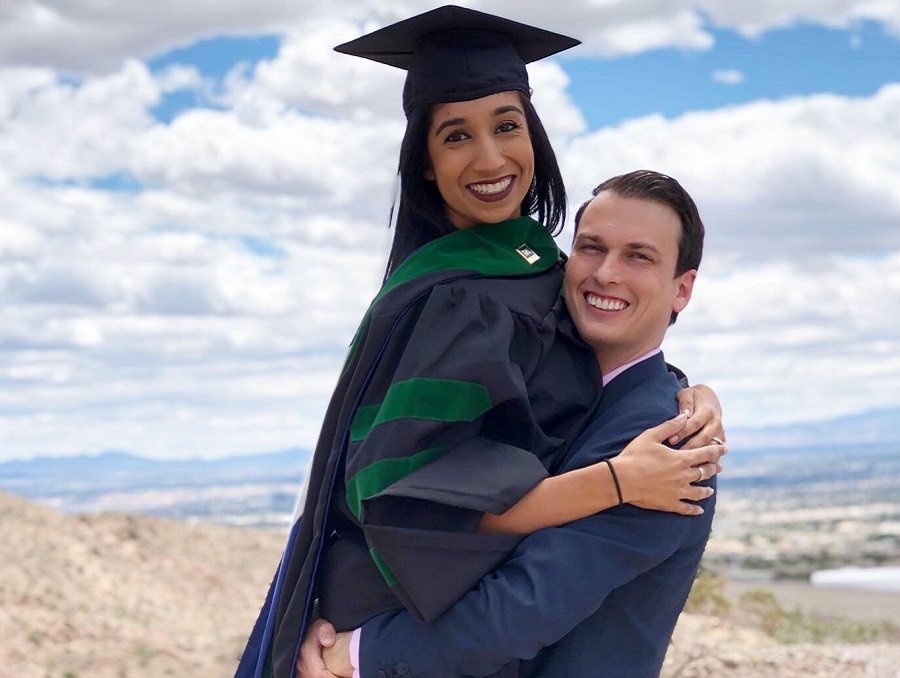 A degree in biochemistry & molecular biology can serve as an excellent primer for those interested in becoming a doctor. It's a challenging subject, and those who master it are ready to approach countless scientific endeavors, including medicine, nutrition, forensics, bioenergy, agriculture and more. 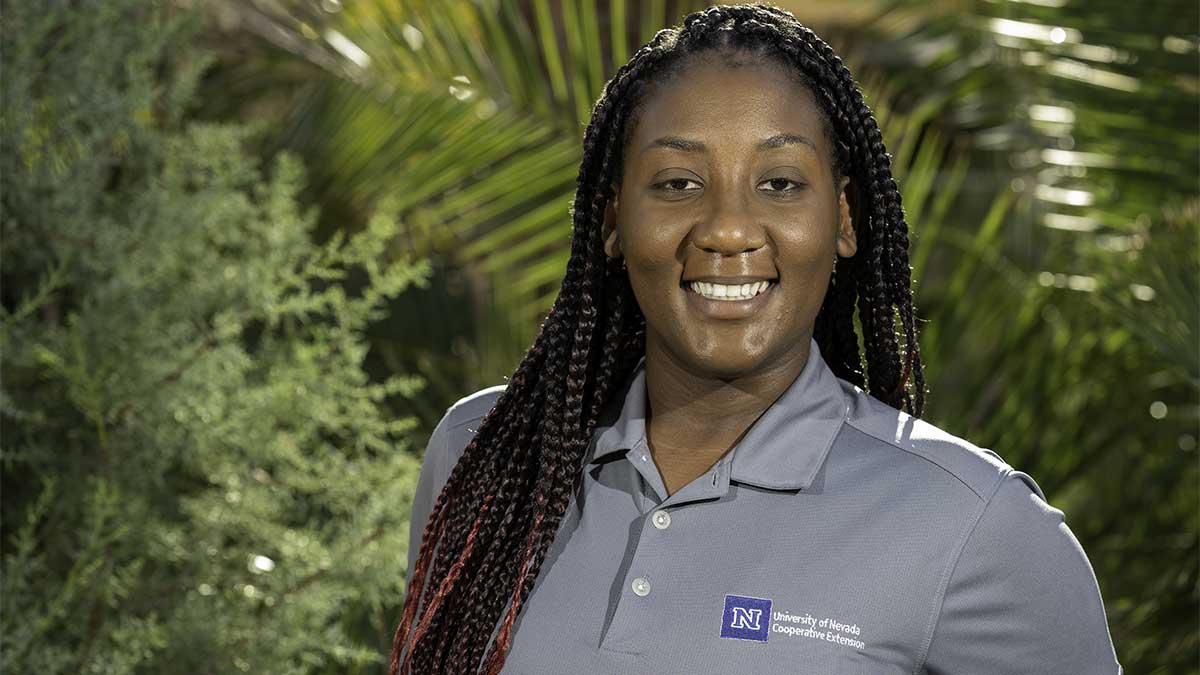 Extension welcomes Brittany Henderson to the office in Clark County as a program officer for the Healthy Kids Early Start Program.

"Even though we’ve had to find new ways to work around the health restrictions, it has presented a lot of great new opportunities," Henderson said. "Now that we have the prerecorded videos, we’re able to reach a lot more people in the Clark County area through social media and our website. The program is more accessible now than it was before this."

"It’s amazing seeing the impacts on the children before and after we come in with our programs. We teach preschoolers fundamental movement skills, like jumping and hopping, in an eight-week program, and at the end they’re ready for kindergarten." -Brittany Henderson

Should kids have drinks with caffeine?

Caffeine is a stimulant that affects the central nervous system, making adults and children feel more active or energetic. Caffeine can be naturally occurring and/or added to foods and drinks. When caffeine is naturally occurring, it is not included on the Nutrition Facts panel or the Ingredients List.

The American Academy of Pediatrics discourages the use of caffeine among children. In addition to sleep disturbances, other side effects of caffeine include jittery or nervous feelings, headache, upset stomach, a faster heart rate, and increased blood pressure. It is possible to overdose on caffeine, resulting in seizures, abnormal heart rhythms and coma.

Drinks are the most common source of caffeine in children. Parents can visit our Rethink Your Drink website for free, tasty, caffeine-free drink recipes that kids love. And, parents can encourage children to get natural energy by drinking lots of water, getting plenty of sleep and eating a well-balanced diet.

Learn more about kids and caffeine 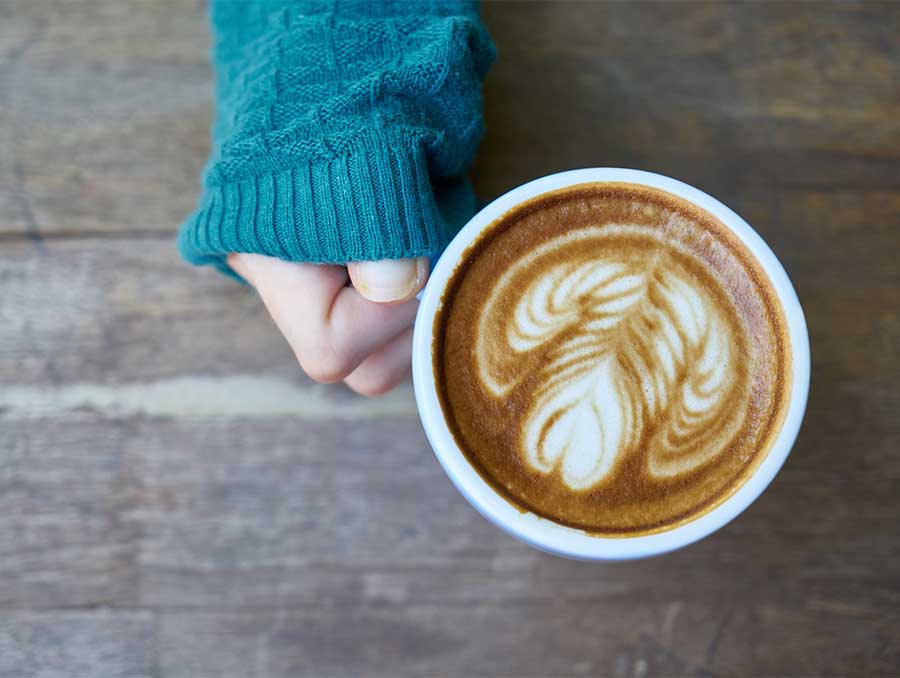 Experts discourage the use of caffeine among children. Parents can encourage children to get natural energy by drinking lots of water, getting plenty of sleep and eating a well-balanced diet. Photo by Engin Akyurt.

When children are young, parents have more control over their kid's drink choices. "This creates an opportunity for parents to have a positive influence that can provide health benefits for their children long into the future." -Nutrition Associate Professor Jamie Benedict