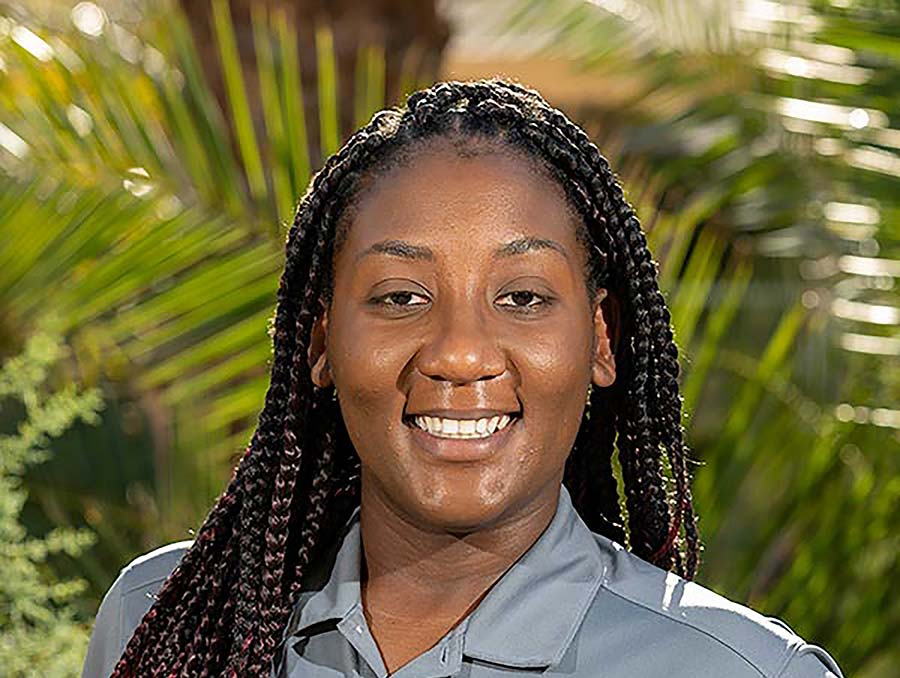 University of Nevada, Reno Extension welcomes Brittany Henderson to the office in Clark County as a program officer for the Healthy Kids Early Start Program.

Since health restrictions were put in place for Clark County schools, Henderson has been working to establish a strong virtual program that will benefit children just as much as in-person programming. One of these current projects is creating a virtual course for the All 4 Kids curriculum, which aims to address and reduce child obesity in schools. Henderson recorded herself teaching the information and has been able to send the prerecorded sessions to schools and center directors. The children and their families are then able to learn by watching the recordings.

“Even though we’ve had to find new ways to work around the health restrictions, it has presented a lot of great new opportunities,” Henderson said. “Now that we have the prerecorded videos, we’re able to reach a lot more people in the Clark County area through social media and our website. The program is more accessible now than it was before this.”

Henderson credits playing collegiate basketball at the University of Kentucky for her passion in nutrition and physical activity. As a former team captain, she was excited to be able to use the leadership skills she learned playing on a college team in her position now. After graduating, she worked for the Extension office at the University of Georgia. She was determined to continue with Extension when she relocated to Clark County because she loved the public outreach and community-centered programs that Extension offered.

Going forward, Henderson will continue adapting Extension’s current programs to virtual formats as needed, including next year’s Healthy Kids Festival. The festival typically garners around 350 volunteers and over 500 youth in attendance.

“It’s amazing seeing the impacts on the children before and after we come in with our programs,” Henderson said. “We teach preschoolers fundamental movement skills, like jumping and hopping, in an eight-week program, and at the end they’re ready for kindergarten.”