What will I learn in a military science minor?

The Department of Military Science offers four years of military science courses, lower and upper division. The 300 and 400-level courses are restricted to contracted Reserve Officer Training Corps (ROTC) cadets pursuing commissions as officers in the United States Army. The 100 and 200-level courses are open to qualified and interested students. There is no contractual requirement for the lower level courses and any student may drop the class at any time.

The curriculum is an interdisciplinary course of study designed to meet the following objectives:

Lower-division (100 and 200-level) courses are offered for one or two credits each. These courses provide the basic framework of knowledge and emphasize basic military terms, leadership, organization and military history.

Upper-division (300 and 400-level) courses primarily are offered for four credits each. These courses are offered only to contracted cadets, or those in the process of contracting. They provide the advanced leadership, decision-making, communication, ethics and tactical education to prepare the student to become a commissioned officer in the U.S. Army.

Student must complete the 18-22 credits listed in the University catalog.

The Army ROTC program commissions officer for the United States Army, Army National Guard and Army Reserves. The Military Science Minor is earned while commissioning as an officer. Students who take military science courses may also participate, by contractual arrangement with the Department of the Army, in the process that leads to a commission. Each cadet must take, in addition to military science courses, a course in military history.

University programs at a glance

How much does it cost to attend college?

Learn more about how to afford a degree from the University of Nevada, Reno.

How long does it take to graduate?

This minor is designed to be completed with any major in four years.

How do I apply to the University?

Open to all undergraduate students. Applicants must have a high-school diploma or GED. Learn how to apply.

Take the next step

You can afford the University of Nevada, Reno

Almost everyone is eligible to receive financial aid. If you think your family’s income is too high to qualify for financial aid, you might be surprised.

50%+ of all students graduate with no debt

That's right. More than half of our students leave the University of Nevada, Reno with no student debt.

At the University of Nevada, Reno Honors College, our students maximize their unique gifts and passions through a series of personalized experiences that deepen their capacity for transformative societal impact. 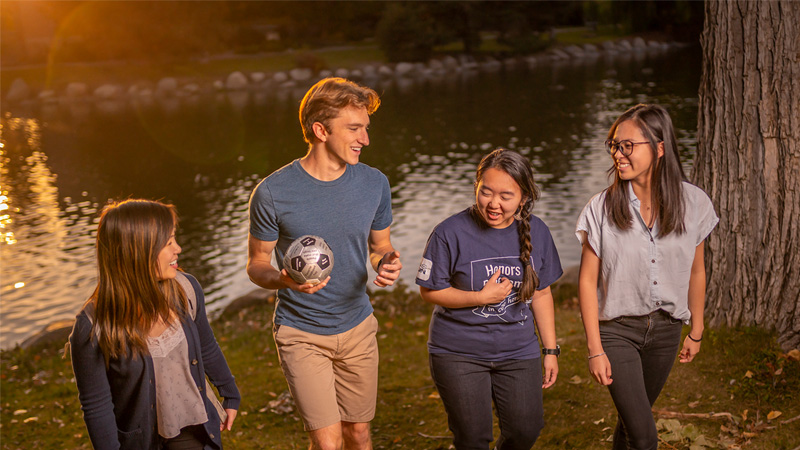