University researcher works with NASA to send plants to space 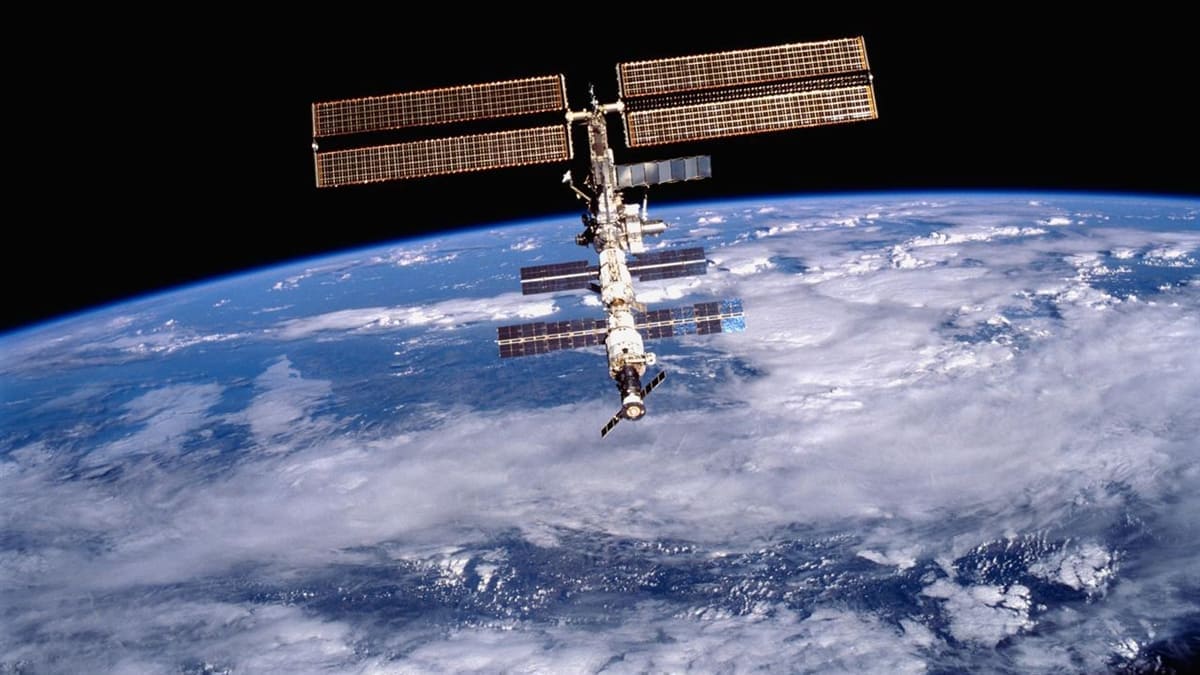 Won-Gyu Choi, a plant cellular and molecular biologist in the Department of Biochemistry and Molecular Biology and part of the Experiment Station, partners with NASA to study plants in space. What he observes when plants try to go to seed in space is that it is a challenge for them.

"They are struggling," he said.

This makes it hard for astronauts at the International Space Station to grow fresh food.

Another challenge is that plants grown in space taste different than plants grown on Earth. Choi and other scientists are studying this so that produce grown by the astronauts will taste good enough to eat.

This is not always a bad thing. Some chemicals plants produce in response to stress can be used as medicine, and scientists also study this. They want you to know about their work.

"I want the public to know that plant science... is essential," Choi said.

It is essential not only for astronauts and medicine, but also for crop production.

A self-described farm boy, Choi began studying plant science so he could better run his family's farm. By applying the knowledge gained from studying plants in space, Choi can return to his farm roots.

He and other scientists like him can use his research to better understand how crop plants deal with environmental stress, such as flooding.

Choi's space plants returned to Earth last year, but that was not the end of his work. The experiment's data must be analyzed, interpreted and reported. In addition, it would boost the experiment's credibility if it were replicated.

Plant stress can be a good thing

How plants respond to the stress of growing in space can help scientists develop plant-based medicines and more resilient crops.

“I always wanted those blue ribbons.” 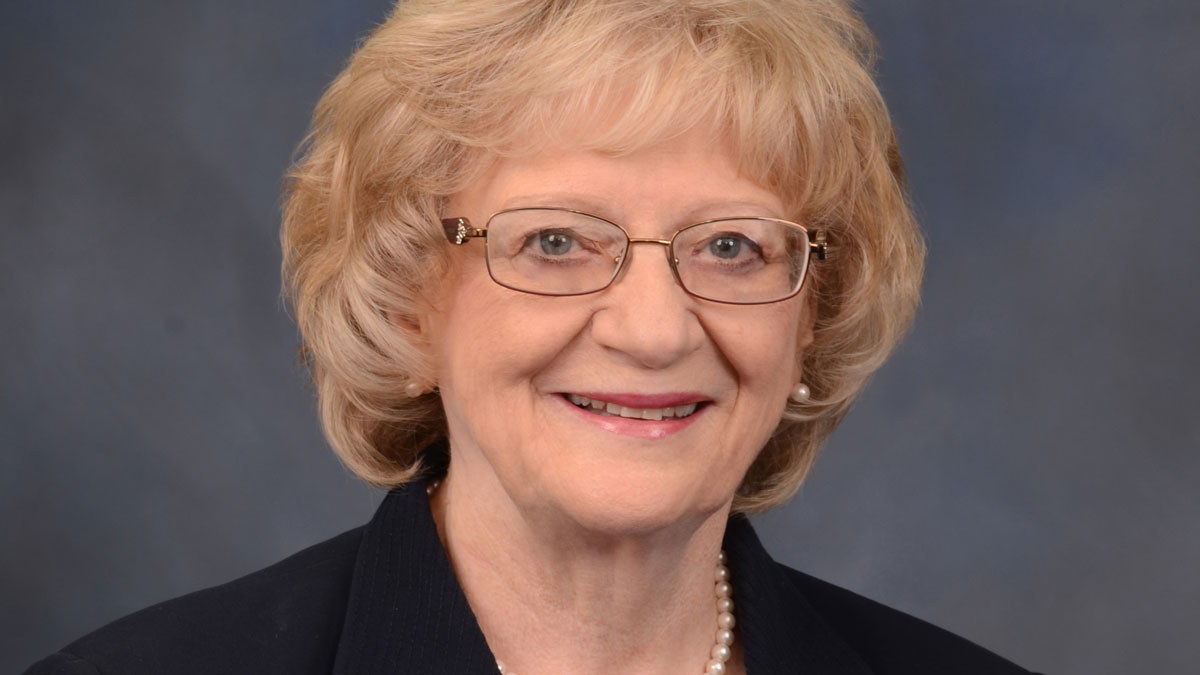 Nevada Senate Majority Whip Joyce Woodhouse credits her experiences in 4-H as helping her to develop her leadership skills.

Joyce Woodhouse did not rise to the position of Nevada Senate Chief Majority Whip by being shy. Now somewhat of a city slicker, living in Henderson, Nevada, she grew up in rural Montana. The eldest of five sisters growing up on a Hereford cattle ranch in sheep country, she learned to take the bull by the horns at an early age. And, her experiences in 4-H programs played a big role in developing not only her life skills, but also her leadership skills.

“I was about 10 years old when I first got involved in 4-H,” she said. “My first projects were in clothing. My mom was a great seamstress, and she made all of our clothing. I think it was important that we all learned how to sew so that she didn’t have to do it all.”

“I would tell young people today...

4-H will help you grow and prepare you for whatever it is you may want to do. It will help you become a better person and open doors for you for the future.” - Senator Joyce Woodhouse 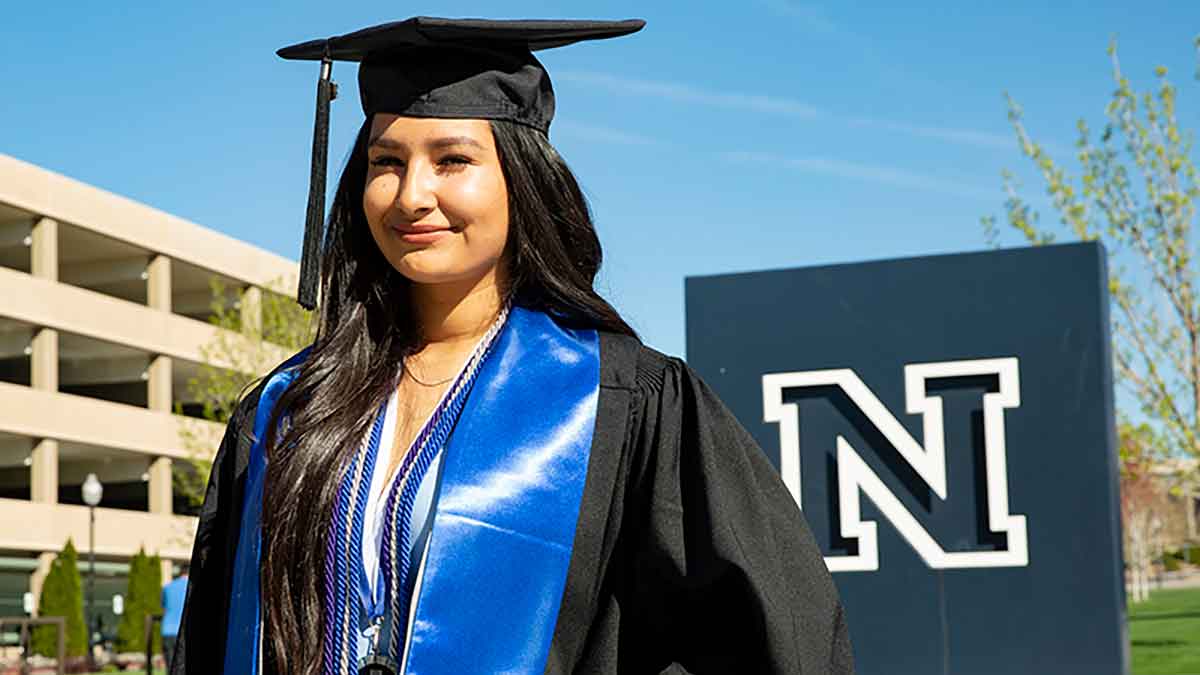 Lizeth Acosta '19 completed her degree in biochemistry and molecular biology in May. She reached her full potential on campus through hard work, determination and the support of donor-funded scholarships. Photo by Theresa Danna-Douglas.

This May, Lizeth Acosta '19 (biochemistry & molecular biology) became the first in her family to receive a college degree. Both of her parents moved to the United States from Mexico, and as she prepares to apply for medical school, she said, "They have been so supportive. They didn't at first understand what I was doing, but they were curious and started doing their own research on my career path."

In short, what Acosta has been doing since she arrived at the University is building an impressive research portfolio in Duchenne muscular dystrophy. Under the guidance of Dr. Dean Burkin, she has earned two Nevada Undergraduate Research Awards.

"My research is focused on the cardiac effects of an existing FDA-approved drug on two mouse models of Duchenne muscular dystrophy," Acosta explained at the May 6 Undergraduate Research Spring Symposium. This work is important because "although DMD primarily affects the skeletal-muscular system, most people who die from it die from cardiomyopathy."

Lizeth intends to combine her intellectual rigor and compassion in her future career as a physician. 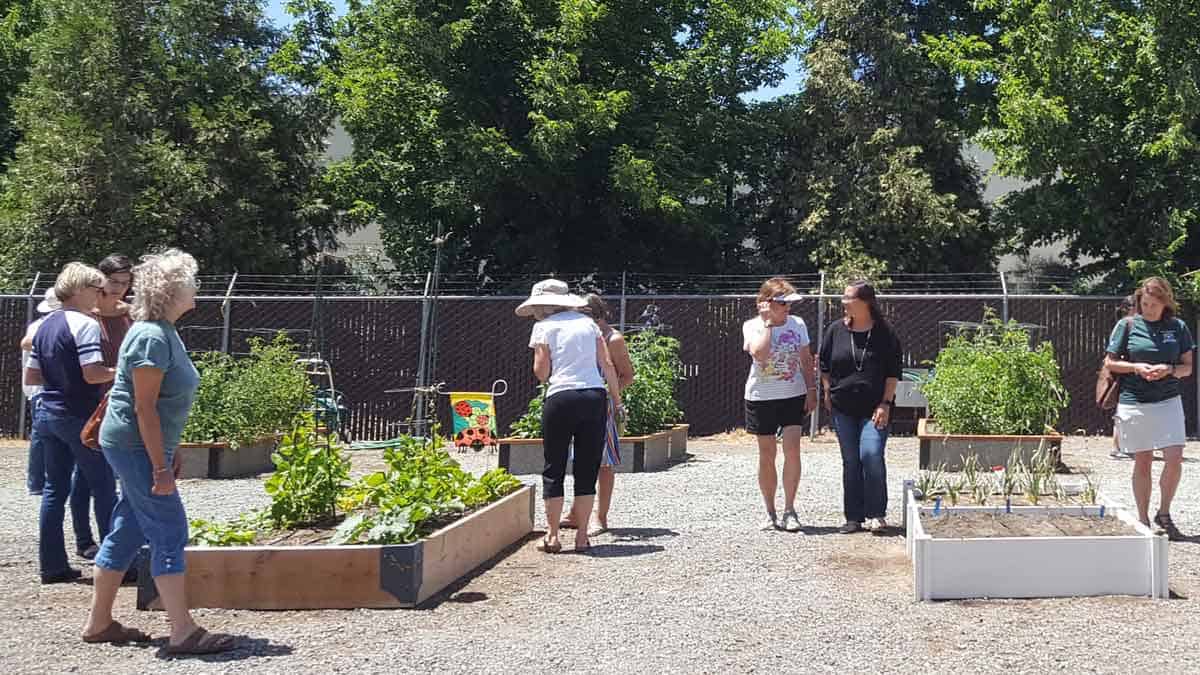 Individuals wanting a deeper understanding of the science behind backyard gardening in northern Nevada are invited to attend University of Nevada Cooperative Extension’s new Home Horticulture Certificate Program, provided by Extension’s Master Gardeners in Washoe County. Participants will learn from Extension faculty and staff, and from experienced horticulturalists. The new series is also the introductory course for those who want to become Master Gardener volunteers for Washoe County.

Read more about the class

Master Gardeners are volunteers who have been trained in the finer points of gardening to improve their own knowledge and to share it with others.

Message from the dean 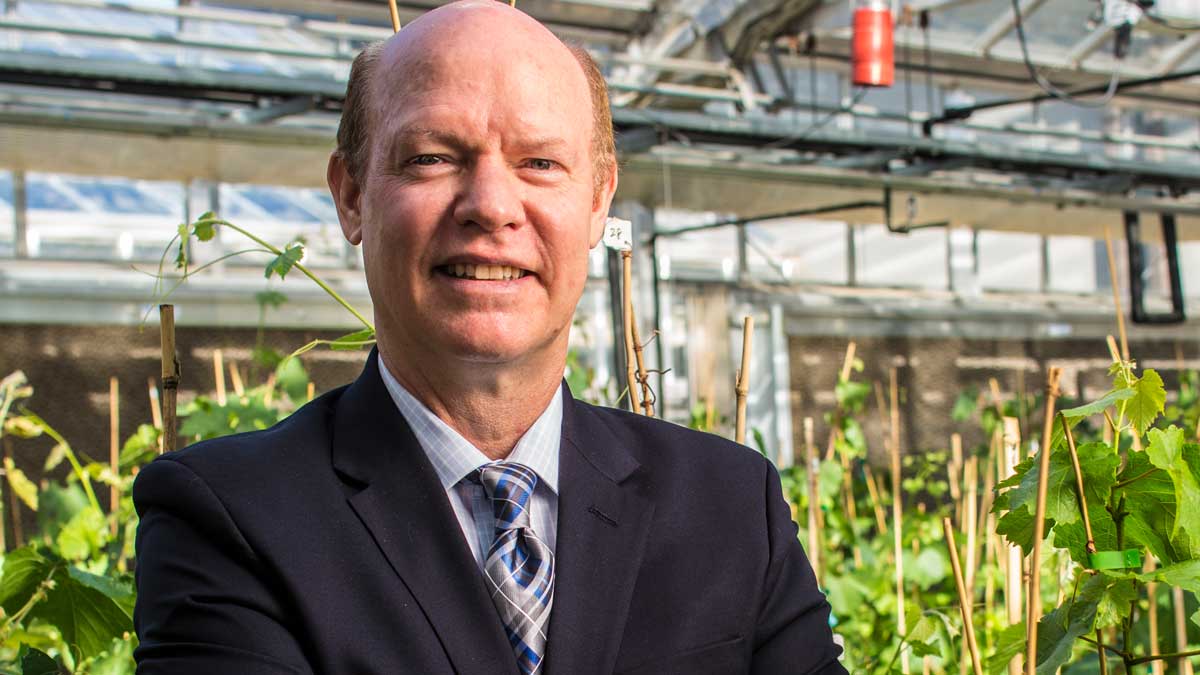 I hope everyone has enjoyed this beautiful summer. Here at the University, we have begun our 2019-2020 academic year, with our College welcoming about 1,650 students to our degree programs and interdisciplinary programs we offer in collaboration with other Colleges.

We were particularly pleased that 290 of our freshmen students attended our six-day CABNRFIT “bootcamp” last month, which helps prepare our incoming students for success, allowing them to participate in a variety of activities in which they interact with current students, advisors and researchers.

Our Desert Farming Initiative, one of the many efforts supported by our Agricultural Experiment Station, recently planted an additional acre of wine grapes to add to our more than 20 years of research studying high-altitude grape-growing. The Initiative is also conducting research trials on vegetables and fruit for different growing conditions, as well as providing an on-campus vegetable stand each week. We also launched our first-ever Community Supported Agriculture program, where people buy “shares” of our farm’s harvest and receive a portion of the crops.

To support this and other research our College is conducting, our faculty have been particularly productive in obtaining competitive grants. In our fiscal year that just ended June 30, our faculty brought in more than $20 million in grants, which is a 71 percent increase over the previous year. Our Department of Natural Resources & Environmental Science has been particularly successful in obtaining grants.

Across the state, our Cooperative Extension programs have been busy engaging with Nevada communities. Our 4-H youth development programs reached about 54,000 youth last year. This summer, we held three week-long camps for youth at your 4-H Camp at Lake Tahoe, and hundreds of other youth attended summer day camps with activities to develop skills in the sciences and arts and encourage health and fitness. With schools back in session, we are once again busy conducting 4-H afterschool programs in many elementary schools across the state.

Finally, I wanted to invite you to join us at two upcoming events next month:

I hope to see you at these events. And as always, please know how much I appreciate your support and interest in our College.

This fall, we're welcoming about 1,650 students to our degree programs and interdisciplinary programs we offer in collaboration with other Colleges.