Army ROTC cadets gain valuable experience that will help them excel in college and beyond. Meet the past graduates of the University of Nevada, Reno ROTC. 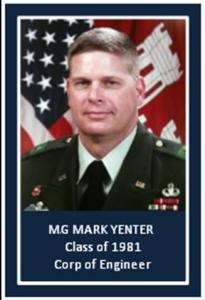 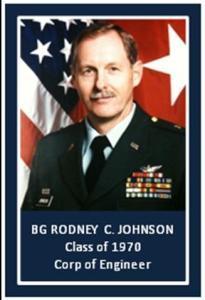 Brigadier General Johnson was born March 23, 1946, in Ely, Nevada. He received his commission through ROTC from the University of Nevada, Reno in 1970 as a distinguished military graduate. He was named to the commandant's list while attending his engineer officer basic course at Ft. Belvoir, Virginia. He graduated from Army Helicopter School in 1971 and served one tour of duty in Vietnam.

Brigadier General Johnson is a graduate of the engineer officer basic course, officer rotary wing aviator course, mechanical maintenance course, engineer officer advanced course and command and general staff officer college. He holds a Bachelor's of Science degree in Civil Engineering from the University of Nevada, Reno. In 1975, Brigadier General Johnson was appointed in the Nevada National Guard and was assigned to the 1150th Medical Detachment as training/flight operations officer. In 1980, he Commanded Detachment 1, 137th transportation company (heavy helicopter). In 1982, he was assigned as the executive officer, 422nd Signal Battalion. He subsequently commanded the Signal Battalion in 1984 and relinquished command only to become the first commander of the newly activated 421st Combat Aviation Battalion located at Stead, Nevada. Brigadier General Johnson was next assigned to the State Headquarters where he was assigned as a state training officer in 1988, the deputy chief of staff for maintenance in 1990, and as the deputy commander, Nevada Army National Guard in 1993. In March 1994 he became the assistant adjutant general, Nevada State Area Command. 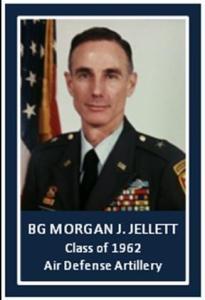 Brigadier General J. Morgan Jellett is a command director for the North American Aerospace Defense Command Combat Operations, Cheyenne Mountain Complex, and Colorado. General Jellett was born November 21, 1940, in Oakland, California and graduated from the University of Nevada, Reno in 1962 with a Bachelor of Science degree in Metallurgical Engineering. He received his Army commission in the Air Defense Artillery. General Jellett later attended Georgia Institute of Technology in Atlanta, where in 1971 he received a Master of Science in Structural Engineering. His military education includes the Air Defense Artillery basic and advanced courses, Fort Bliss, Texas; the U.S. Army Command and General Staff College, For Leavenworth, Kansas and the Industrial College of the Armed Forces, Washington, D.C. After completing his officer's basic course and training for ranger and airborne qualifications, General Jellett's first assignment was to Germany, where he served with HAWK units for four years.

General Jellett then served as deputy program manager for integration in the Air Defense Programs Office, U.S. Army missile Command, Redstone Arsenal, Ala. Before his current assignment, he served as project manager for the Airborne Optical Adjunct (AOA), a part of the U.S. Army Strategic Defense Command (USASDC). He was selected for Brigadier General in July 1987. Brigadier General Jellett's awards include the Defense Superior Service Medal, Legion of Merit, the Bronze Star Medal, and The Meritorious Service Medal with two oak leaf clusters, the Air Medal and the Army Commendation Medal with three oak leaf clusters. He has earned the Combat Infantry Badge as well as the Ranger Tab and Parachutist Badge. Brigadier General Jellett and his wife Ceil have two sons, Matt and Tim. 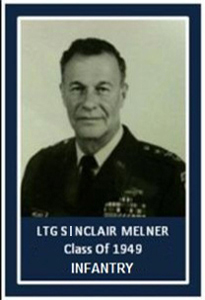 Sinclair L. Melner retired on July 1, 1984 as Lt. General after 35 years in the Army and became Vice President and Corporate Secretary of Hudson Institute in August 1984. His last assignment in the Army was as the deputy chairman, North Atlantic Treaty Organization Military Committee in Brussels. In his capacity as deputy chairman, General Melner was responsible for the nuclear strategy, stationing and nuclear arms control issues for the NATO military committee. He represented the committee on the high level group, which was responsible for the modernization aspects for the NATO 1979 dual track decision and also represented the committee on the special consultative group, which was responsible for the arms control aspects of the 1979 dual track decision.

Prior to that, from October 1979 to June 1981, he was the commander of Ft. Benjamin Harrison and the soldier support center. During this period, General Melner wrote the concept and feasibility study for "Moving the Army to the Regimental System" and reorganizing the personnel community of the Army. During his previous service, he commanded infantry units at all levels to include, Assistant Division Commander of the 4th Infantry Division, Ft. Carson, Colorado, 3rd Brigade, 9th Division, 2nd Battalion, 1st Infantry in Vietnam and 1st Battalion, 30th Infantry in Germany. Thirteen years of his service were overseas in Korea, Vietnam (twice) Turkey, Germany and Belgium. During his second tour in Vietnam, he ran the in-country part of the My Lai investigation.

General Melner's awards include, the Defense Distinguished Service Medal, the Army Distinguished Service Medal, two Silver Stars, and two Legions of merits, Five Air medals, three Army Commendation Medals, the Combat Infantry Badge, Senior Parachutist Badge and the Ranger Tab. General Melner is a graduate of the University of Nevada, Reno with a B.S. in Chemistry and received his army commission from the ROTC in Infantry. He has a Master's degree in International Affairs with his Master's thesis on "Australia, A Potential Power in the Southwest Pacific." His military schooling includes, in addition to all the basic and advanced courses, Command and General Staff College, Armed Forces College and the National war College. General Melner is a board member of the Salvation Army, Boy Scouts of America and Channel 20 Public Broadcasting of Indianapolis. 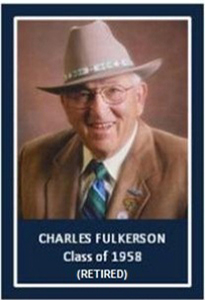 Past Director of the Office of Veteran Services

Colonel Charles Fulkerson was commissioned from the University of Nevada, Reno's ROTC program as a distinguished military graduate in 1958. His distinguished service included two combat tours in Vietnam, an assignment as an assistant professor of military science at the University and the position of the U.S. property and fiscal officer for the Nevada National Guard. He has served as the selective service director for Nevada and as the director of the office of Veteran Services, having been appointed by Governor Kenny Guinn. In 1993 Colonel Fulkerson co-founded the Veterans Guest House and continues to serve on the board of directors. His decorations include the Combat Infantry Badge, the Legion of Merit with Oak Leaf Cluster, the Bronze Star Medal with Oak Leaf Cluster, the Meritorious Service Medal with Oak Leaf Cluster and the Republic of Vietnam Cross of Gallantry with Gold Star. Colonel Fulkerson is married to Reno artist, Mary Lee Fulkerson. They have three children and five grandchildren.