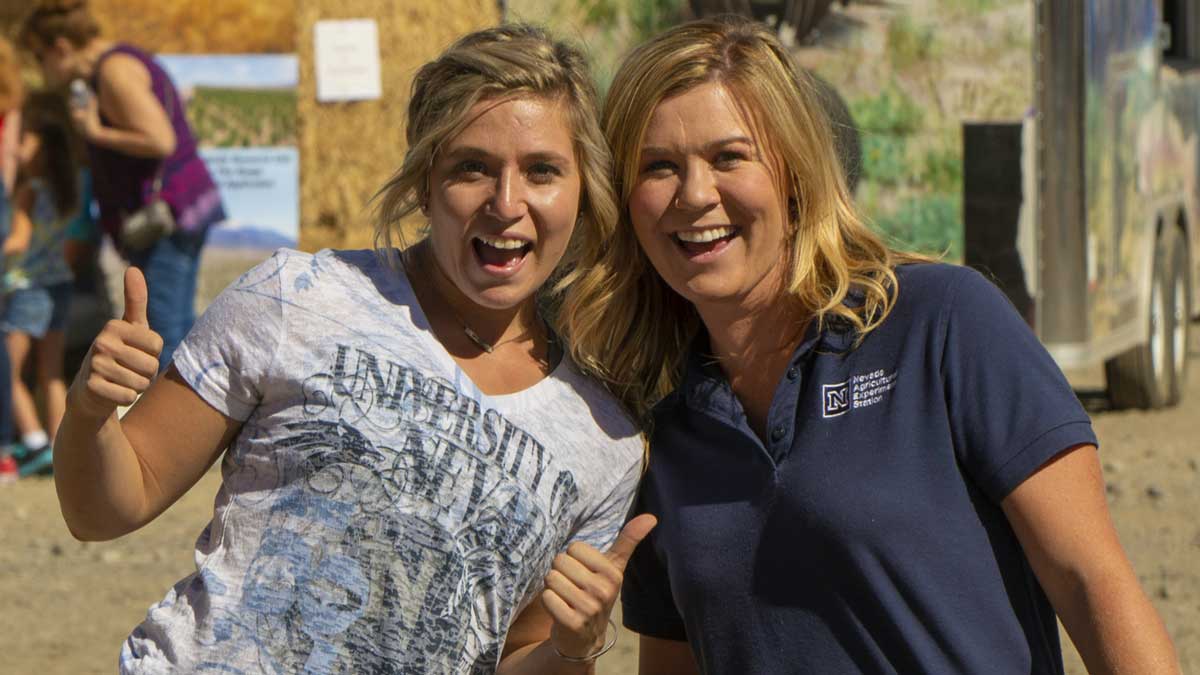 Nevada Field Day on Oct. 19 features education and fun for people of all ages. Photo by Robert Moore.

At Nevada Field Day on Oct. 19, visitors will be treated to a variety of free activities and giveaways, and even some tasty food samples, courtesy of the University of Nevada, Reno and its College of Agriculture, Biotechnology & Natural Resources.

As part of this year’s activities, acclaimed local food advocate and Chef Clint Jolly will be performing a cooking demonstration at 11 a.m. with produce from the University’s Desert Farming Initiative and meat from the University’s Wolf Pack Meats. Jolly is a former winner of Food Network’s Chopped: Impossible Restaurant Challenge, and is currently a meat and seafood specialist with Sysco Foodservice.

Nevada Field Day features hands-on activities and information focusing on the latest advancements in agriculture, horticulture, nutrition, natural resources and the environment. It will be held 9 a.m. to 3 p.m., at the University’s Main Station Field Lab, 5895 Clean Water Way in Reno, near the intersection of McCarran Boulevard and Mill Sreet. It is a collaborative project of the College of Agriculture, Biotechnology & Natural Resources; and its research and outreach units, the Experiment Station and University of Nevada, Reno Extension.

See what's at this year's festival

For over 60 years, University students and faculty have used the Main Station Field Lab to provide education and research, not only on raising and processing healthy cattle, but also on a variety of other important issues, including controlling noxious weeds, developing alternative low-water-use crops, and preserving air and water quality. 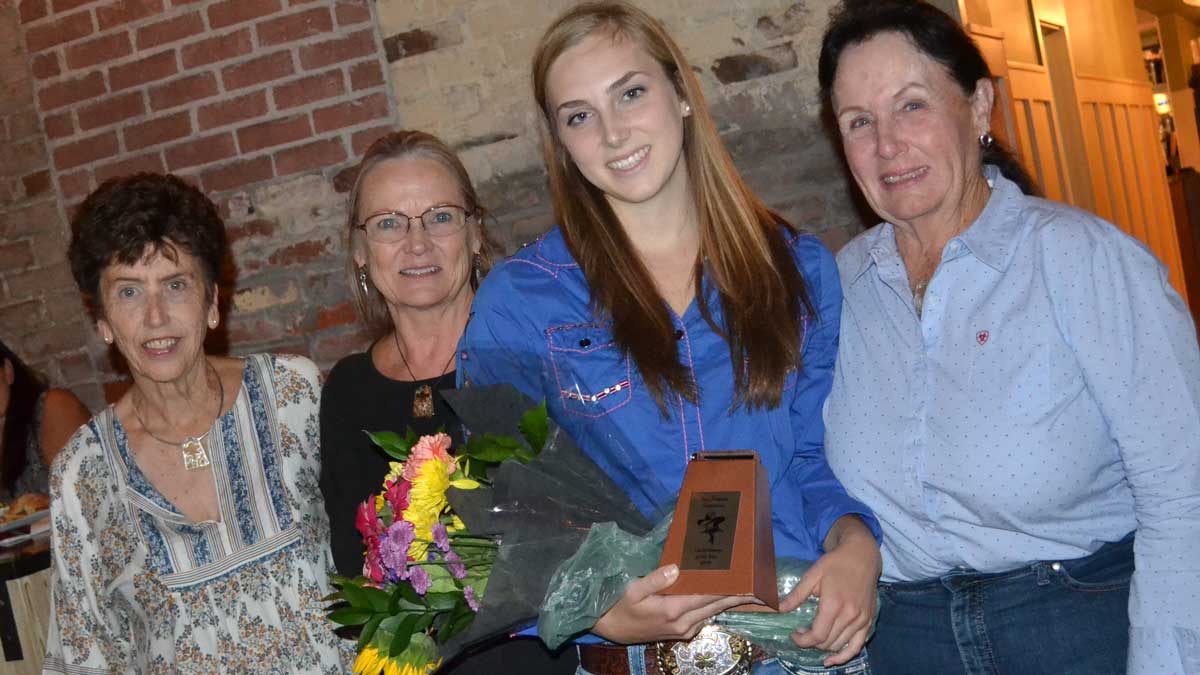 The San Joaquin-Stanislaus CattleWomen selected Elisabeth Watkins as the 2019 CowBelle of the year during their September meeting. She was given an engraved cowbell and a sterling silver pendant to celebrate her hard work. The award singles out an outstanding member who dedicates a significant amount of time and effort to promote the beef industry.

Watkins is a seven-year junior member of the San Joaquin-Stanislaus CattleWomen and is just 18 years old. Although she has never served as an officer, she has been on almost all of the committees. Watkins learned to appreciate food growing up on a sixth-generation family ranch and farm in Linden and acquired culinary skills through 4-H. She has a small herd of purebred Shorthorn cattle. She is also the winner of Food Network’s Chopped Junior in 2015. She is now a freshman at the University of Nevada, Reno where she is studying agriculture.

As a CattleWoman, Watkins has taught students about agriculture, beef, cattle and how to cook with beef. She has traveled to San Francisco, Sacramento, Tulare, Oahu and all around San Joaquin and Stanislaus Counties, engaging children and adults in conservation about where their food comes from. She was the California Ag in the Classroom Beef Recipe Winner with a trip-tip nacho recipe that she developed.

Watkins and 31 other 2019 CowBelles throughout California will gather for a recognition luncheon during the California CattleWomen’s State Convention in Reno, Nevada in early December.  There are about 1,800 CattleWomen in California and the San Joaquin-Stanislaus CattleWomen’s Unit has 48 members and is 67 years old.

As a CattleWoman, Watkins has taught students about agriculture, cattle and how to cook with beef.

She has traveled to San Francisco, Sacramento, Tulare, Oahu and all around San Joaquin and Stanislaus Counties, engaging children and adults in conservation about where their food comes from.

At the Nevada 4-H Expo, held Oct. 3-6 at the Winnemucca Events Complex in Winnemucca, 179 youth showed and competed in several categories, including raising and showing various animals, communications, photography, food science and nutrition, robotics, computer science, and many more categories. According to organizers, this once-annual event in Nevada has been sorely missed in its absence for several years.

To find out more about local 4-H activities and clubs, as well as National 4-H Week activities and the Nevada 4-H Expo Competition, contact your county’s Extension office.

MattieRose J., from Humboldt County, shows her pig at the 2019 Nevada 4-H Expo in Winnemucca. Photo by Dianna Walker.

Lindsay C., from Douglas County, competes in archery at the 2019 Nevada 4-H Expo in Winnemucca. Photo by Dianna Walker.

Kara H., from Carson City, shows her dog at the 2019 Nevada 4-H Expo in Winnemucca. Photo by Dianna Walker.

Amy B., from Lander County, shows her guinea pig at the 2019 Nevada 4-H Expo in Winnemucca. Photo by Dianna Walker.

Ira D., from Humboldt County, shows his rabbit at the 2019 Nevada 4-H Expo in Winnemucca. Photo by Dianna Walker.

Siblings Julianna and Joey S., from Humboldt County, participate in a workshop on how to engage an audience at the 2019 Nevada 4-H Expo in Winnemucca. Photo by Dianna Walker.

4-H students competed in several craft and artisan goods competitions, including sewing, at the 2019 Nevada 4-H Expo in Winnemucca. Photo by Dianna Walker.

Makayla L., from Humboldt County, competes with her horse at the 2019 Nevada 4-H Expo in Winnemucca. Photo by Robert Moore.

Hudson J., from White Pine County, safely loads his muzzleloader as part of the shooting sports competition at the 2019 Nevada 4-H Expo in Winnemucca. Photo by Dianna Walker.

From left to right: Justine M., Ellie S., Emily H., Grace H. and Mesa J., all from Elko County, compete in the Fashion Revue at the 2019 Nevada 4-H Expo in Winnemucca. Photo by Dianna Walker.

This once-annual event in Nevada has been sorely missed

“It’s a really big deal to be able to bring this back for the kids. Due to the generosity of several donors, along with much time and effort from dedicated staff and volunteers, we are able to bring back this annual event this year, and we hope to be able to keep it going every year from now on.” - Carrie Stark, Nevada 4-H Program director 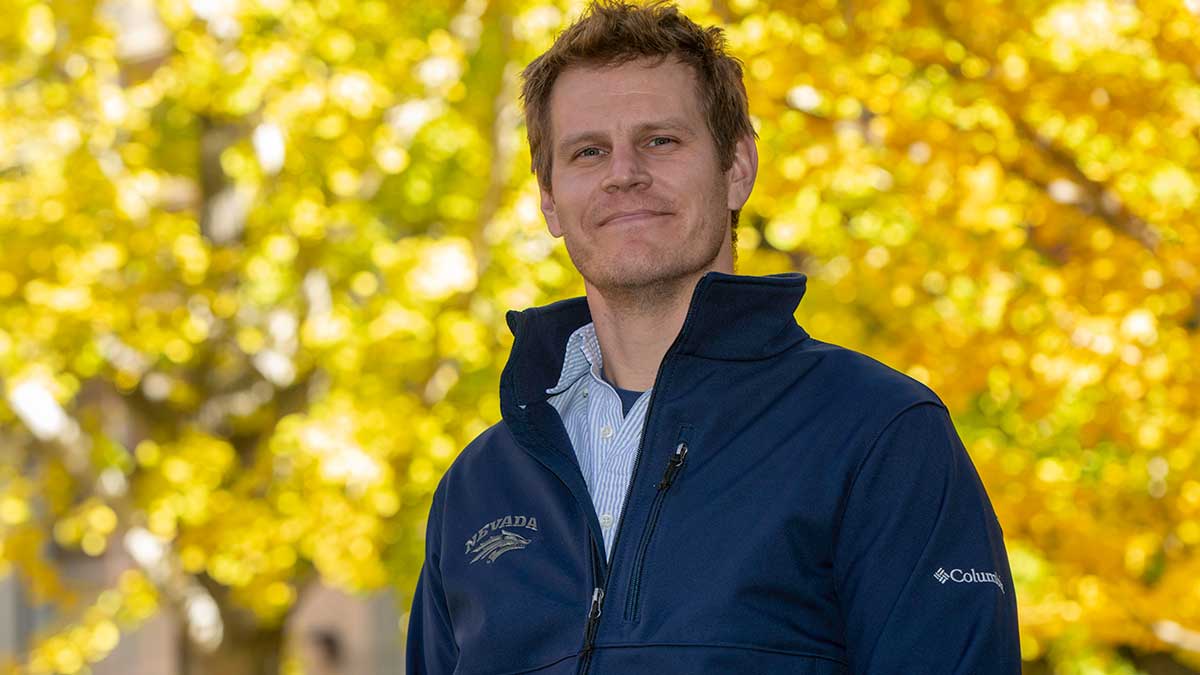 Williams plans to continue research on wildlife management in Nevada while teaching at University. Photo by Robert Moore.

University of Nevada, Reno welcomes Perry Williams as a new assistant professor in the College of Agriculture, Biotechnology & Natural Resources.

“Perry Williams brings to the University a unique skill set in statistical and mathematical modeling as applied to the conservation of wildlife populations.” - Peter Weisburg, chair of the Department of Natural Resources & Environmental Science. 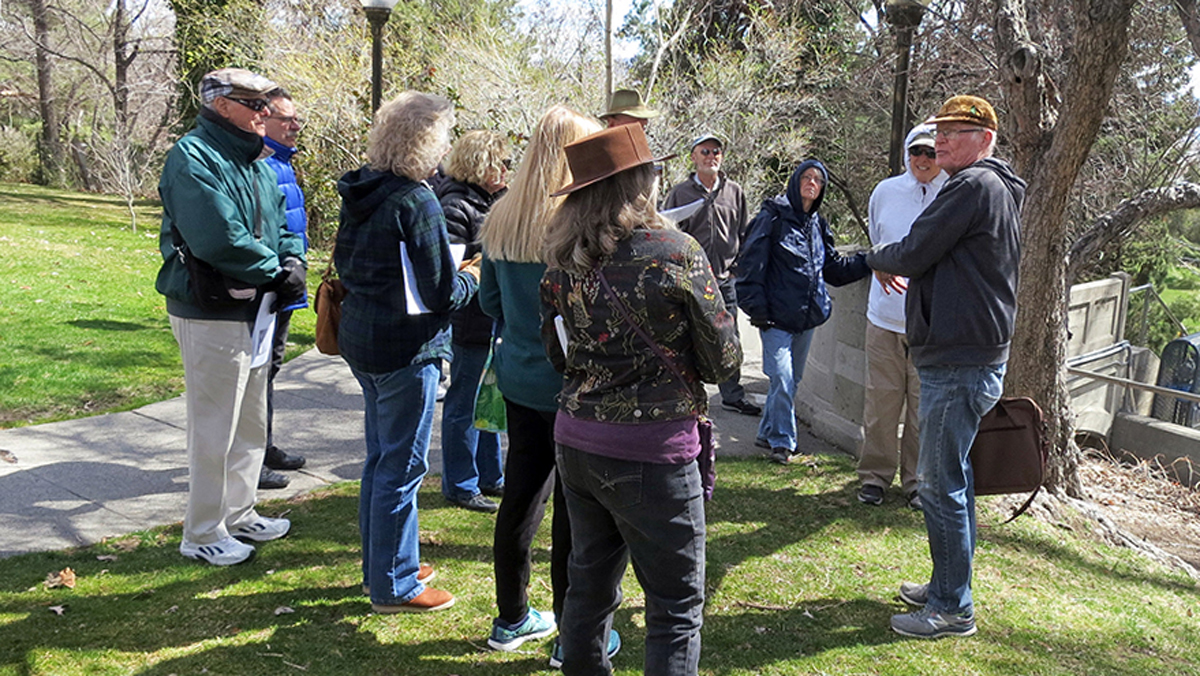 Attendees should prepare to dress for all types of weather during the three tree walks. Photo by William Kositzky, Master Gardener volunteer.

To help arborists, landscapers and others hone their tree identification skills, University of Nevada, Reno Extension is offering an Introduction to Tree ID: A Seasonal Guide. This series is tailored to teach about identification for specific seasons.

During this four-part series, Certified Arborist Wendy Hanson Mazet will discuss the fundamentals of tree identification in a classroom setting for one hour, and Certified Arborist Rod Haulenbeek will then follow up with a two-hour fall tree ID walk. Two other tree ID walks will follow in winter and spring, each one including season-specific information. Attendees are encouraged to bring a clipboard, pen or pencil, walking shoes and bottles of water.

So we are offering a series with classes in fall, winter and spring for the novice green-industry professional.” - Jenn Fisher, Extension Commercial Horticulture Program Coordinator