de Bettencourt-Dias has a lengthy list of contributions to her field, as well as invaluable service to the University and its students. 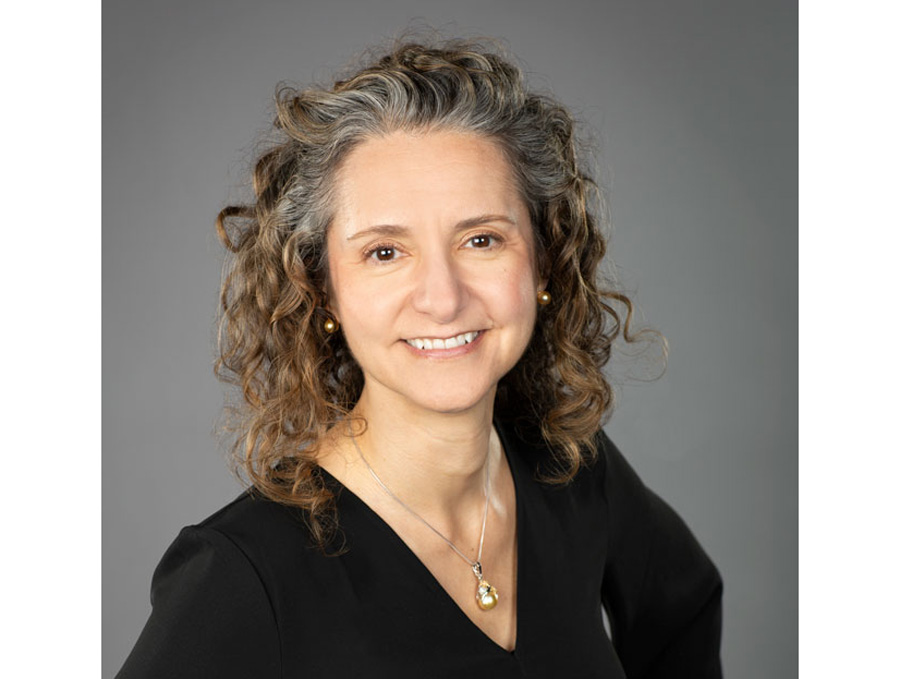 de Bettencourt-Dias has a lengthy list of contributions to her field, as well as invaluable service to the University and its students.

Ana de Bettencourt-Dias, the Susan Magee and Gary Clemons Professor of Chemistry, can add “Foundation Professor” to her long list of accomplishments. The eligibility requirements for nomination to the Foundation Professor award include a record of excellence in their discipline as a teacher and scholar, national prominence in their field, a demonstrated record of service to the University, and a record of sustained achievement. de Bettencourt-Dias easily surpasses all the requirements in her 15 years at the University so far.

de Bettencourt-Dias said that receiving the award is important to the students she works with, too.

"I think there is anecdotal evidence that scientists are viewed as hermits toiling away in their lab, working on obscure scientific problems. Having our work recognized shows that what we do, and this is especially important for the students who put so much time, effort and unbridled enthusiasm into it, is of interest to the larger community," she said.

de Bettencourt-Dias has an extensive list of service both to the University and to professional societies. She recently served as the Associate Vice President for Research (AVPR) at the University, which included responsibilities in Undergraduate Research, managing the University’s Scholarworks and the Core Facilities, collaborations with other program directors and principal investigators, managing proposal development services and other programs to increase funding, and many others. de Bettencourt-Dias developed a new business plan for the Core Facilities and brought a proposal capture manager and a language editor to the research team at the University during her four years as the AVPR.

Sean Casey, associate professor and Chair of the Department of Chemistry, fully supported de Bettencourt-Dias’s nomination for the award.

“I have been especially impressed with the work she has generated over the past few years, as she was full time in administration, yet managed to continue mentoring her research group in the evenings and on the weekends, to fulfill her commitments to her funders and to the students who chose to work with her,” Casey said.

Her service to professional societies includes significant service to the American Chemical Society, where she has served as chair of the Division of Inorganic Chemistry, as an associate member in the Executive Committee of the Women Chemists Committee, and as an award selection committee member. de Bettencourt-Dias is an advocate for diversity in her field and has given several workshops focused specifically on advancement of women in the sciences.

“This course is unique within the United States, if for no other reason that there are few scientists in this area of chemistry in academia in our country,” said Casey. The graduate course provides students with knowledge about the f-elements which is pertinent to national security, as those materials are used in nuclear energy and weapons. Her development of the course has allowed her to lecture for several weeks at the University of Campinas in Brazil on two occasions (she was invited for a third but had to cancel when she accepted the AVPR position).

de Bettencourt-Dias has served as a guest editor, previewer, book editor, reviewer and chapter author for a variety of publications, and she has helped to organize nearly 20 conferences and symposia. She was named a Fellow of the American Chemical Society in 2021, the first faculty member at the University to do so. She has over 80 publications and has given dozens of talks, nearly 100 invited lectures and dozens of poster presentations.

The chemistry professor has taught dozens of courses at multiple universities and has taught 23 courses at the University of Nevada, Reno alone. Her courses are known for her practical demonstrations during lecture to help students better understand the topic. At the University, she serves as the Susan Magee and Gary Clemons Professor of Chemistry. de Bettencourt-Dias’s role as a mentor has been extensive. She has served on the graduate committee for 32 graduate students and she has advised 32 undergraduates and 21 graduate students at the University of Nevada, Reno alone.

“During her time in our department, Professor de Bettencourt-Dias has been one of its most prolific researchers,” Casey said. “I am sure that she will continue her high level and quality of productivity in the future, especially since her research group is growing again. I look forward to seeing what work will be generated in her lab.”

In the coming years, de Bettencourt-Dias's lab will be working on developing better techniques to make measurements within the cellular environment to improve diagnostic tools.

"We have developed considerable knowledge in how to manipulate the light emission properties of compounds containing the lanthanide ions," she said. "For the next few years we will be assessing how we can use those compounds and their light emission to measure temperature and viscosity within the cellular environment. Those measurements are not possible with techniques used at the macroscopic scale, yet are incredibly important in the study of cellular metabolism and in the diagnosis of diseases."

Even as she is recognized for her work at the University, de Bettencourt-Dias makes sure to recognize the students and postdoctorals researchers in her lab.

"I have been a professor at UNR for 15 years, and a faculty member for almost 21 years. I am passionate about my research, and I am passionate about training the next generations for a productive professional life and as accomplished members of our society," de Bettencourt-Dias said. "I am thus very honored to have my efforts, and those of the students and postdoctoral scholars who have worked with me on research, recognized in this way."

Researchers in the Department of Geological Sciences and Engineering weigh in on a hotly debated topic in tectonics and geomorphology: the age of the Sierra Nevada mountain range