Ana de Bettencourt-Dias, the Susan Magee and Gary Clemons Professor of Chemistry, is the only chemist in Northern Nevada to date to have received the honor of being named an ACS fellow 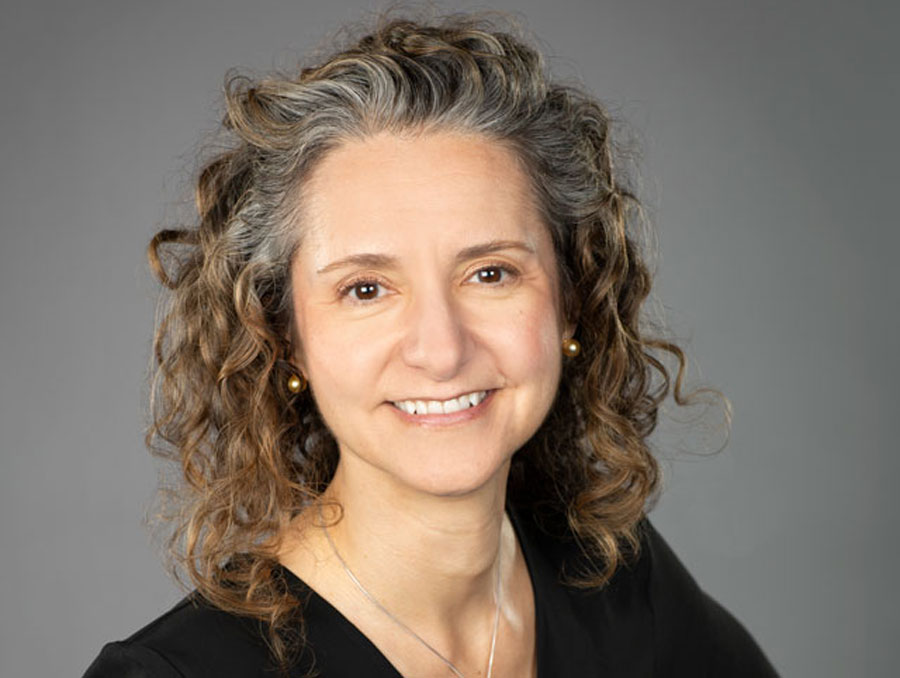 Ana de Bettencourt-Dias, the Susan Magee and Gary Clemons Professor of Chemistry, is the only chemist in Northern Nevada to date to have received the honor of being named an ACS fellow

Ana de Bettencourt-Dias, the Susan Magee and Gary Clemons Professor of Chemistry, was named a 2021 Fellow of the American Chemical Society (ACS). The ACS Fellows program was started in 2008 as a way to recognize its most exceptional members. Bettencourt-Dias is the only active ACS Fellow at the University and one of only three in Nevada.

“This award recognizes Dr. Bettencourt-Dias’s outstanding achievements in and contributions to science, the chemistry profession and to the ACS, and is well deserved,” Sean Casey, professor and Department of Chemistry chair, said.

Bettencourt-Dias received her ‘licenciatura’ (MS equivalent) in Technological Chemistry from the University of Lisbon in 1993, and her ‘Dr. rer. nat.’ (PhD equivalent) in Inorganic Chemistry from the University of Cologne in 1997 with Professor Thomas Kruck. In her graduate work, she isolated new titanium complexes as single source precursors for the chemical vapor deposition of TiN thin layers. She joined the group of Professor Alan Balch at UC Davis in 1998 as a Gulbenkian postdoctoral fellow, where she studied the electrochemistry and structure of fullerenes and endohedral fullerenes. In 2001 she joined the faculty at Syracuse University and started her work on luminescent lanthanide ion complexes.

"My research focuses on developing compounds that emit light and are thus useful for applications such as energy-saving lighting or efficient cellphone and computer displays, as well as compounds that can be used for cancer therapy," Bettencourt-Dias said. "The work that we do can lead, in time, to cellphones with batteries that last longer because the color screens use less energy or to better agents for photodymanic therapy, which is used to treat skin lesions. While generating new knowledge for these important technological and medical areas, I engage in training the next generation of scientists, which contributes to increasing the nation’s technological competitiveness. As a woman in the sciences, the training and mentoring aspect is especially important to me; having had very few female role models, it is heartening to see so many young women coming through the ranks and to interact, support and mentor them in becoming excellent scientists."

Bettencourt-Dias moved to the University of Nevada, Reno, as associate professor in 2007 and was promoted to professor in 2013. Her research centers on light-emitting compounds and coordination chemistry of the f block of the periodic table. She served on the editorial advisory board for Inorganic Chemistry from 2013 to 2015, and has been a managing member of the editorial board of the Journal of Rare Earths since 2014. She was program chair of the 2011 and conference chair of the 2014 Rare Earth Research Conference, organizes the lanthanides and actinides symposia at the national meetings of the American Chemical Society and was the 2019 Chair of the Division of Inorganic Chemistry of the American Chemical Society. She served as the Associate Vice President for Research at the University from 2015 to 2019 after which she returned to serving as full-time faculty in July 2019. She now serves as the Susan Magee and Gary Clemons Professor of Chemistry, a named position awarded to professors who “spark students' curiosity and creativity and motivate them to pursue careers in the fields of chemistry and physics.”

“I am extremely honored and humbled to be part of the 2021 class of Fellows of the American Chemical Society,” Bettencourt-Dias said. “For me, it is simultaneously an overwhelming and inspiring feeling, to join this distinguished fellowship. I am delighted to be the first faculty member at UNR to receive this honor; it acknowledges that good research can and is being done at our R1 institution. Receiving this recognition is not only for my work and dedication to my research program; it honors the time and effort that my research students have invested over the years in pursuing our interests in the light-emissive properties and unique chemistry of the f elements.”

As one of only 49 selected across the country this year, she continues to serve as a source of pride the University and the Department of Chemistry.

You can learn more about ACS and the Fellowship in this announcement from Chemical and Engineering News.