The Discover Science Lecture Series continues with a visit from astronaut and scientist Harrison Schmitt. 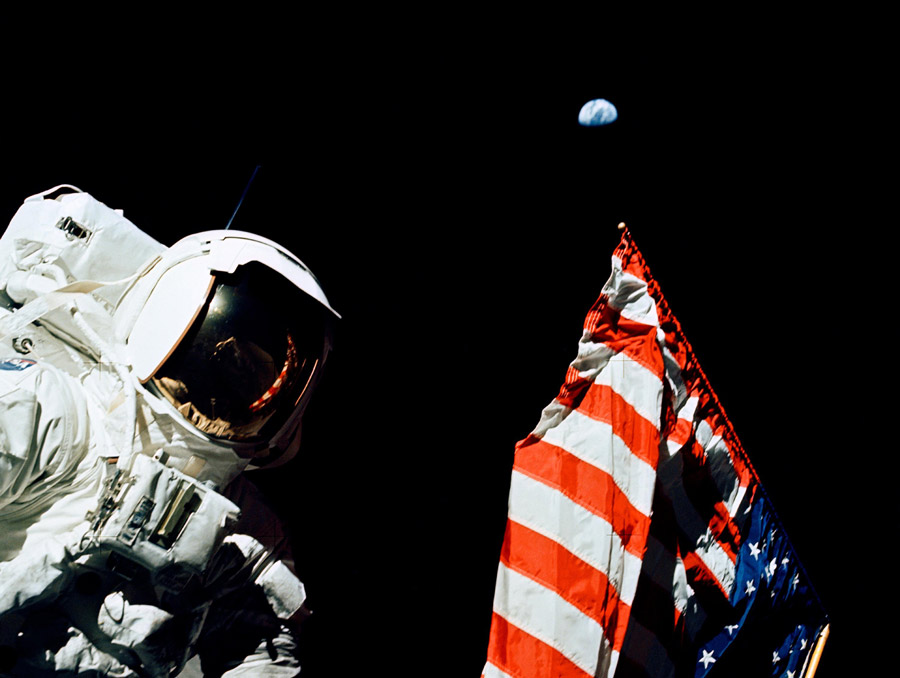 The Discover Science Lecture Series continues with a visit from astronaut and scientist Harrison Schmitt.

Update, November 8, 2021: Unfortunately, the College of Science was informed that former astronaut Harrison Schmitt is unable to present his lecture on Wednesday, November 10. Schmitt extends his deepest apologies for having to cancel at this late hour. The College is working with him to reschedule his lecture for a future date.

Retired NASA astronaut and geologist Harrison Schmitt’s work in lunar geology is truly out of this world. The upcoming Discover Science lecturer is the last living person to walk on the Moon and he will share his experiences in space with students, scientists and the public on November 10.

Schmitt was part of the Apollo 17 crew and is the only geologist (or scientist, for that matter) to have walked on the Moon. And his accomplishments don’t stop there. Schmitt received his bachelor’s degree from the California Institute of Technology then studied in Norway on a Fulbright scholarship, was a senator of New Mexico for a term, has written a book and is a businessman and professor. He received his doctorate in geology from Harvard in 1964 and was a National Science Foundation Post-Doctoral Fellow.

Schmitt’s insights as NASA’s only geologist astronaut were critical to understanding the Moon’s geologic history. One of the goals of the 1972 Apollo 17 mission was to find unshocked lunar rocks—samples that hadn’t been altered by meteorite impact—as evidence that the Moon once had a magnetic field. Schmitt and his crewmate Eugene Cernan collected a sample that was 4.2 billion years old and helped prove the Moon had a magnetic field. Another goal of the mission was to find evidence of geologically recent, explosive volcanic activity. Schmitt’s discovery of orange soil on the lunar surface provided that evidence. Schmitt and Cernan collected about 243 pounds of soil and rock samples that were returned to Earth for further study.

Schmitt’s contributions to the understanding of lunar geology go far beyond those mentioned above, and his talk will center on his experiences as an astronaut. His book “Return to the Moon” outlines ways to utilize the Moon as a colony and a launch pad for exploration deeper into space and the potential for resource extraction and business opportunities on the Moon. For example, Pengbo Chu, Nevada Gold Mines Professor in the Department of Mining and Metallurgical Engineering, is working on a project funded by NASA to make mining for resources on the moon a possibility.

The lecture will begin at 7 p.m. in the Davidson Mathematics and Science Center and is free and open to the public. Free parking is available in the Brian Whalen Parking Garage.

Schmitt will also be featured on the University’s Discover Science podcast. He will be interviewed by Paul McFarland, the director of the Fleishmann Planetarium, and by Foundation Professor and Daniel A. and Edith E. O’Keefe Endowed Professor for the Mackay School Wendy Calvin. Calvin is also the chair of the Department of Geological Sciences and Engineering and will bring her experience as a member of the Mars Exploration Rover team to the conversation with Schmitt.

The Discover Science Lecture Series was started in 2010 with the goal of bringing accomplished scientists from all over to the University. Past speakers have included the likes of Bill Nye the Science Guy and Neil deGrasse Tyson. This year, the series kicked off with University alumnus Doug Smith, the project lead for the Wolf Restoration Project in Yellowstone National Park. The series will continue in 2022 with Ken Ono, renowned mathematician and mathematical consultant on the movie “The Man Who Knew Infinity” about the life and successes of Indian mathematician Srinivasa Ramanujan. Closing out the season is leading developer of the Moderna COVID-19 mRNA vaccine and healthcare activist, Kizzmekia Corbett. Corbett’s lecture will serve as this season’s Glick Lecture.

Fleischmann Planetarium: a gateway to science

Reflecting on its rich history and looking toward the future, the Fleischmann Planetarium as it finds its new home in the College of Science