The College of Science welcomes an astronaut, leading COVID-19 vaccine developer and more for its 2021/2022 season 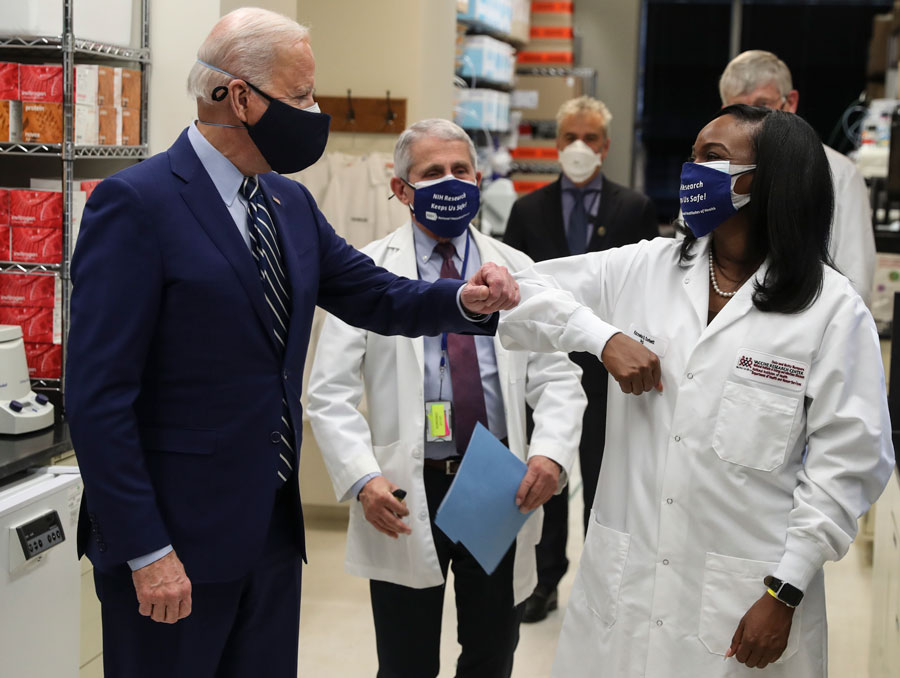 The College of Science welcomes an astronaut, leading COVID-19 vaccine developer and more for its 2021/2022 season

The Discover Science Lecture Series is back for the 2021/2022 season with an impressive lineup of science luminaires. The series was founded by the College of Science in 2010, with the goal of bringing the country's top scientists to the University to share their knowledge, research and wisdom with the community.

"Science encompasses a wonderfully diverse collection of explorations into the unknown. We invite science lovers and the science-curious to join us and experience the extent of the science universe as the best scientists on the planet visit the University of Nevada, Reno for our Discover Science Lecture Series," Jeff Thompson, acting vice president and provost and founder of the Discover Science Lecture Series, said.

This year’s schedule offers three lectures presented in-person at the Davidson Mathematics and Science Center and one virtual lecture, all by distinguished and world-renowned scientists. Lectures begin at 7 p.m. The series also recently launched the Discover Science podcast where subscribers can listen to in-depth conversations between the visiting lecturers and College of Science faculty and students. The Discover Science podcast is available on most podcast listening applications, including Spotify, Apple podcasts, Anchor FM and more.

The series kicks off on Thursday, September 9th, with a virtual lecture featuring College of Science alumnus and project leader for the Wolf Restoration Project in Yellowstone National Park, Doug Smith. The talk will cover population dynamics, wolf-prey interactions, disease ecology, genetics, and impacts on the ecosystem as well as the constant controversy and politics swirling around wolves. Due to updated travel restrictions for government employees, Smith’s lecture was transitioned to a virtual format and will be presented on Zoom. Registration is currently open for Smith’s lecture.

On March 31, Harrison Schmitt will be on campus to share his experience as the last man to have stepped foot on the moon. Schmitt, a retired NASA astronaut and a trained geologist, is also the only scientist to have landed on the lunar surface. Schmitt will speak with Professor and Chair of the Department of Geological Sciences and Engineering and member of the Mars Exploration Rover team Wendy Calvin for Schmitt’s episode of the Discover Science podcast.

Associate Producer and mathematical consultant on the movie “The Man Who Knew Infinity,” Ken Ono, will present his lecture on March 10. Ono’s talk will cover the life and successes of Srinivasa Ramanujan, renowned Indian mathematician and the subject of the film, as well as Ono’s experience working on set. To mathematicians and scientists, Ramanujan symbolizes pure inspiration, the sort of creative flights more often associated with musicians or artists. To contemporary India, he is a national hero, a household name. Furthermore, the story of Ramanujan provides a modern archetype, the rise from humble conditions to the world’s center-stage that modern-day India itself exemplifies.

Closing off the season on April 28, the College of Science welcomes Kizzmekia Corbett, leading developer of the Moderna COVID-19 mRNA vaccine and healthcare activist. After the release of the novel vaccine, Corbett has continued on to be a public figure in the fight against vaccine hesitancy and misinformation. Corbett will present on all that went into the development of the vaccine as well as the progress made toward fighting the global pandemic — a topic that is ever evolving as her lecture date approaches. Corbett’s lecture is designated as this season's Milt D. Glick Discover Science Lecture.

The Discover Science Lecture Series is free and open to the public through the generous support of our donors. Past speakers in the series include astrophysicists Michio Kaku and Neil deGrasse Tyson; Robert Ballard, who discovered the wreck of the Titanic; and Bill Nye the Science Guy. More information can be found on the Discover Science website.