A multi-centennial drought termed the Late Holocene Dry Period could serve as a map for future climate projections, Indigenous human responses a model for resilience and adaptability 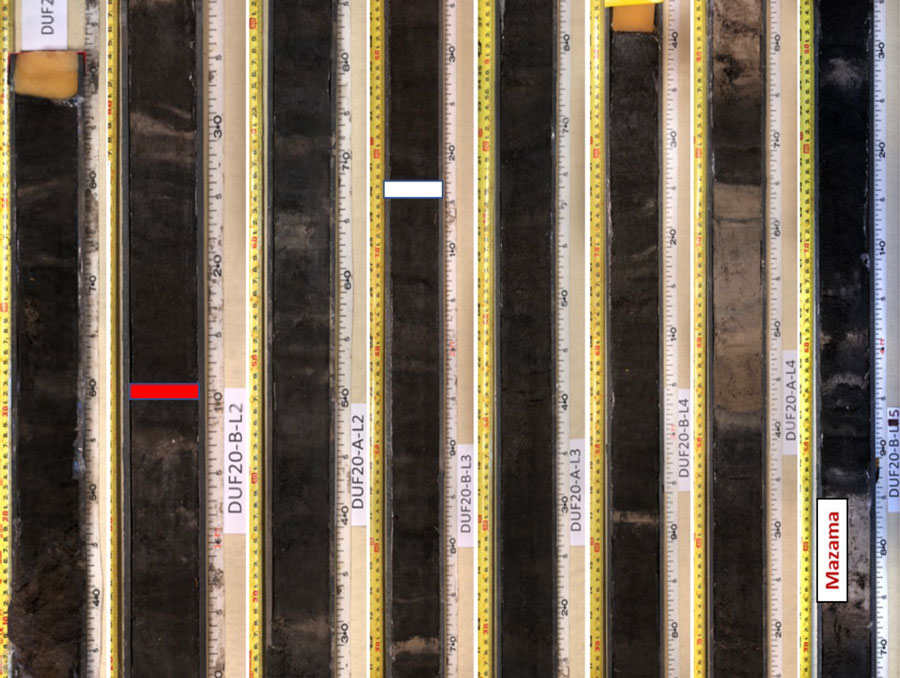 A multi-centennial drought termed the Late Holocene Dry Period could serve as a map for future climate projections, Indigenous human responses a model for resilience and adaptability

Nevada has a history of periodically locking into centuries-long droughts, new research shows. In the culmination of nearly a decade of research involving biogeographers, paleoecologists, climatologists, archaeologists and anthropologists, the presence of a multi-centennial drought termed the Late Holocene Dry Period was confirmed to have occurred between 3,100 and 1,800 ago. While what caused the climate to dry up continues to be explored, the research shows that whatever combination of oceanic and atmospheric conditions that led to drought occurred persistently and repeatedly throughout the region’s history. Should such a pattern lock into place today, a megadrought as severe as the Late Holocene Dry Period has the potential to reappear and endure in the American Southwest – something Emeritus Foundation Professor of Geography and the publication’s first author Scott Mensing believes should be planned for.

"The take home message would appear to be that in order to adapt, we must be sufficiently resilient in order to move and take advantage of new resources. We can’t just keep doing the same thing in the same place."

“We don’t know exactly what sets this pattern up, but I think it’s useful to know that such a pattern can persist for centuries thus leading to very long droughts here in central Nevada, and by extension over into California,” Mensing, who is also the Fred D. Gibson Endowed Professor Emeritus, said. “The amount of water we are getting now is high compared to what could be expected. Everything that is being done now to accommodate for drought should be magnified.”

Associate Professor of Geography Adam Csank found that temperatures during the Late Holocene Dry Period were notably cooler than what is being recorded across Nevada today. The warming climate further complicates the possibility of severe drought in the American West.

“Hot droughts are a lot worse than just dry droughts,” Csank said. “If the Pacific Ocean ever sets up again in a way that locks in a long period of drought like we see in these paleo records, and you add a warming climate on top of that, it would be a concern. That makes me worry about water resources in the West.”

By comparing the drought records to indicators of human occupation – remnants of fire hearths, house floors, bits of basketry or pieces of food material – in dirt samples from previously excavated archaeology sites across the Great Basin, the researchers were also able to show how the Indigenous communities responded with resilience and adaptability to the drought by abandoning the dry lower elevations and moving to higher and wetter elevations.

With the foresight of a potential megadrought in the West, the question is, what will human adaptability look like today?

“People are pretty resilient. They can work in a landscape in a variety of ways and a number of different scenarios,” Dave Rhode, research professor of archaeology at the Desert Research Institute, said. Rhode and David Hurst Thomas of the American Museum of Natural History in New York City along with other anthropologists collaborated with Mensing on the anthropological aspects of the research. “It shouldn’t surprise us that there are going to be long periods of strong drought where people are going to be forced to move or adapt in one way or another. This is something that has happened many times in the past and raises the question of where they are going to go and how do we negotiate amongst ourselves on making that not contentious. Human responses are going to be really dynamic in the face of significant climactic change.”

Climate models moving forward show a drier southwest and Mensing points out that the pattern of drought seen 3,000 years ago is more likely than not in our future.

“The take home message would appear to be that in order to adapt, we must be sufficiently resilient in order to move and take advantage of new resources,” Mensing said. “We can’t just keep doing the same thing in the same place.”

When the absence of evidence is the evidence

"Just by random chance you could get time periods where there are 100-year-long droughts in the West. There is no one mechanism, it just happens because the right combination of ocean and atmospheric conditions come together, and we get a drought"

Mensing initially published some evidence of the Late Holocene Dry Period in 2013, but recent funding from the National Science Foundation to pursue a more accurate dating of the hypothesized drought in the Great Basin allowed Mensing and his team to pursue a novel radiocarbon dating technique. Mud core samples were taken from wet meadows at four sites across southern, central and northern Nevada. By meticulously separating and dating each centimeter of the sample, they were able to record the changes in pollen and sediment being laid down in the meadows over time which would inform how wet or dry the year was. The technique is rare if unheard of in the field of paleoecology, and what they found surprised them.

“We’re working with mud, right?” Mensing quips. “Usually, you find pieces of organic material at some places in a sample and you interpret everything in between. But we really needed to know when things started and stopped. We dated continuous samples and that’s the only way we found this period when all the meadows completely dried up.”

Site after site showed a jump from 1,500 years ago to around 2,200 years ago where there was no sediment to date in the core samples. Had the data appeared this way at just one site, it may have been mistaken as an error. However, the absence of sediment was consistent at all sites during the same time period.

“One of the coolest things about this study is that the absence of evidence is the evidence,” Csank said. “We continued to accumulate records where there was this huge gap in the data with no record of sediment being laid down.”

The researchers looked at highly accurate tree ring records collected by Adjunct Professor of Geography Connie Millar, which showed that the period from 2,000 to 1,800 years ago was the driest within the last 4,000 years, and compared them to their core sample dates. The period where no sediment was found fell within that same date range, allowing the researchers to interpret the absence of sediment as the likely result of the wet meadows drying out completely during the drought.

Dating the entirety of the Late Holocene Dry Period showed that there were three phases to the drought: an initial 900-year dry period followed by 200 years of wetter climate and then another 200 years of extreme drought. Attempts to determine what caused the climate to slip into these long periods of severe drought were nuanced. The likely culprit is a combination of warmer arctic temperatures, variability between the tropical Pacific trade winds during El Niño and La Niña and warmer sea surface temperatures off the coast of the Pacific Ocean.

“Just by random chance you could get time periods where there are 100-year-long droughts in the West,” Csank said. “There is no one mechanism, it just happens because the right combination of ocean and atmospheric conditions come together, and we get a drought.”

When the archaeologists began to find gaps in their own records showing an absence of human occupation at different sites across Nevada during the same time periods when the meadows went dry, a bigger story began to take shape. Even the more consistently inhabited northernmost sites where the climate was generally less impacted by the drought were eventually abandoned toward the end of the first phase of the drought, reoccupied during the 200-year reprieve and abandoned once again during the following 700-year period of extreme drought. In contrast, the most intensive occupation of Alta Toquima in the central Nevada alpine zone took place during the long dry phase of the Late Holocene Dry Period.

“To see a region-wide sediment depositional hiatus as well as the hiatus seen at some of the archaeological sites all tied together really tells you there was something major going on environmentally,” Rhode said.

The research focused on the Great Basin in Nevada, but the drought likely extended into California and Utah. Further research and higher resolution records using many-thousand-year-old bristlecone pine tree rings could reveal just how far the drought extended in the American Southwest and for precisely how long. Thomas and Rhode are looking beyond the nomadic behaviors of the Indigenous communities to see if they can identify any other patterns of cooperation or advances in technology in response to the drought. Mensing also encourages climate modelers to continue to look at the dynamics that set off the Late Holocene Dry Period and incorporate the predictions into future climate models.

Having studied these wet meadow sites for over a decade, often during periods of drought, Mensing has never seen them dry. The Late Holocene Dry Period is thought to be the longest and most extreme drought within the last 3,000 years. “All we can do now is inform those that are in the areas of potential drought – places where we assume there’s water at the surface and forage for cattle – that those resources could disappear more years than not. Is that 6 years out of 10? Is that 14 years out of 20? This is unknowable in our data going back,” Mensing said. “The human record is one of resilience and mobility in response to reoccurring drought across the Great Basin. We should plan and make assumptions based on less amounts of water today to prepare for the potential of tomorrow.”

The research was a collaboration between biogeographers, paleoecologists, climatologists, anthropologists and archaeologists from seven institutions including the University of Nevada, Reno; the Desert Research Institute; the American Museum of Natural History and UC Santa Barbara.