The weeklong bootcamp helps incoming freshmen prepare for their first semester of college. 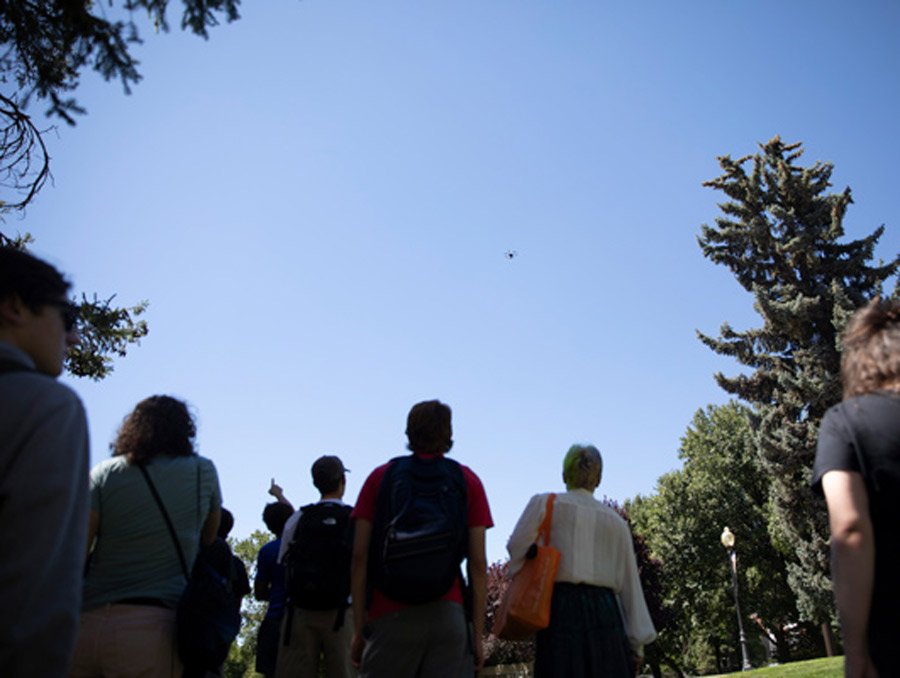 The weeklong bootcamp helps incoming freshmen prepare for their first semester of college.

On August 20, incoming freshmen officially became members of the Wolf Pack as they recited Rudyard Kipling’s “The Law of the Jungle.” Among the massive crowd of students, the College of Science stands out with its gold t-shirts.

ScienceFIT, one of the programs within the University-wide NevadaFIT (Freshman Intensive Transition), prepares the students for their first semester of college with a rigorous weeklong course. The course will count as a credit toward their degrees and is a requirement for all incoming freshmen.

The larger NevadaFIT program is based off of BIOS, which started at Louisiana State University in 2005. The College of Science adopted the model and expanded it to the entire college. Its success in improving retention and GPAs among freshmen spurred its University-wide expansion, so all incoming freshmen now participate in the program.

“It's been amazing, so much fun so far,” said incoming freshman Brayden Goodrich. Goodrich declared a major in mining engineering, citing his interest in geology. His favorite part was the geology course, which has allowed him to get a feel for what the Mackay School of Earth Sciences and Engineering is like. "I was really excited when I saw that," Goodrich said about the small class sizes he would have in the Mackay School.

Students who did well during their ScienceFIT experience have the opportunity to become Pack Mentors themselves. Natalie Rubio is one of those students.

“I saw what an impact my Pack Mentor was last year, that I was like, 'Maybe this will be the same opportunity that I get make have an impact on these students,” said Rubio, a sophomore mining engineering student. "It did make me feel more ready, prepared."

As the semester gets underway and students print out copies of their syllabi and locate all their classrooms, they are well prepared to become the next generation of scientists. Welcome to the University, Class of 2026! We’re so excited to have you here.