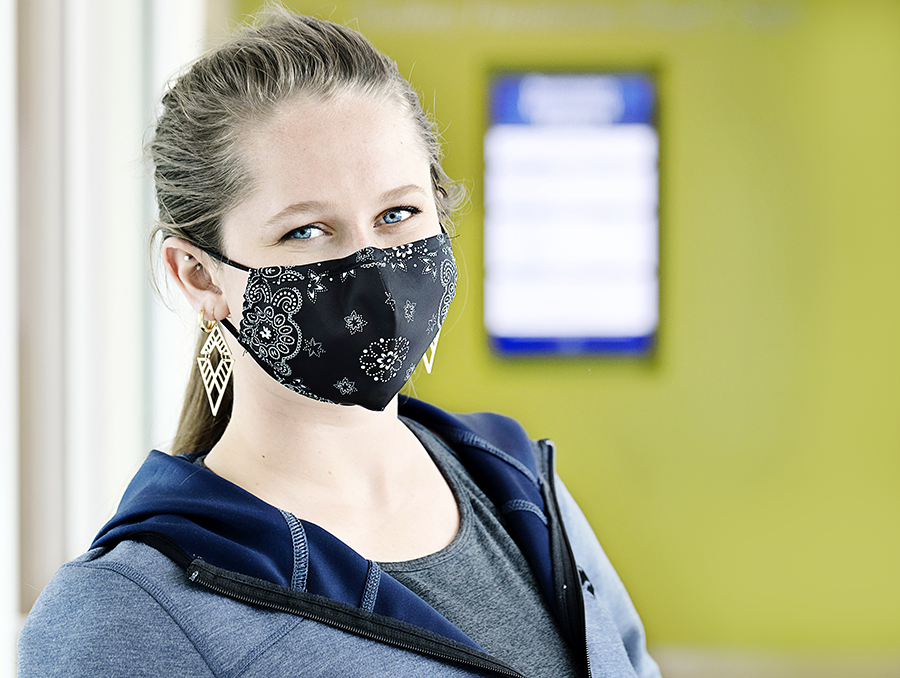 For Olivia Tahti, the role of engineers is to help people. The environmental engineering student shared her passion for this ethical responsibility during the 2021 Madani-Gordaninejad Speech Competition. Her speech, “Still Water in Coal Run,” detailed the 49-year period when the Ohio community of Coal Run was without running water. After coal mining had contaminated the ground water in Coal Run with sulfur, the local water authority failed to extend pipelines from nearby Zanesville to the primarily African-American community. As a result, from 1956 until 2005, residents in Coal Run trucked water in from surrounding areas or caught rain water to store in cisterns. Advocacy efforts led by Coal Run resident Cynthia Hairston—including a racial discrimination lawsuit—finally succeeded in drawing attention to the issue, and the environmental engineering community and local government righted the wrong.

“To their credit, when the issue was brought to their attention, the environmental engineering community responded,” Tahti said. “But the situation should not have occurred in the first place. The government and the engineering community should have proactively fixed the issue. Clean water should be available to everyone. It is a human right.”

Tahti’s call for ethical practices in engineering earned her first place in the 2021 Madani-Gordaninejad Speech Competition. Established in 2018 by Faramarz Gordaninejad—an Emeritus Regents and Foundation Professor of Mechanical Engineering—in honor of his late wife, Azita Madani Gordaninejad, the competition is designed to support the development of communication skills in engineering students. For Tahti, it was a chance to bring engineering and equity issues to the community.

“I’m excited to win the competition. It feels amazing to see my research and hard work recognized. It is great that others appreciated and were interested in the same topic as I was.”

“I am passionate about the field and wanted to give information to the general public about a topic that is important to me,” Tahti said about entering the competition. “I’m excited to win the competition. It feels amazing to see my research and hard work recognized. It is great that others appreciated and were interested in the same topic as I was.”

The Gardnerville, Nev. native added, “Lots of people don’t have clean tap water and sewer lines. Engineers want to help people, and it is up to us to make sure people can live comfortably.”

In addition to Tahti’s speech, Larson Rivera (“How to Get Started with RGB Lighting, and Why It's Imperative to Engineering Education”) took second place and Garrett Furlong (“Cuttlefish Camouflage Tactics”) took third place. Each of the top three competitors won a cash prize for their work. Learn more about the Madani-Gordaninejad Speech Competition.