Researcher aims to get to the bottom of harmful, hidden riverbed algae 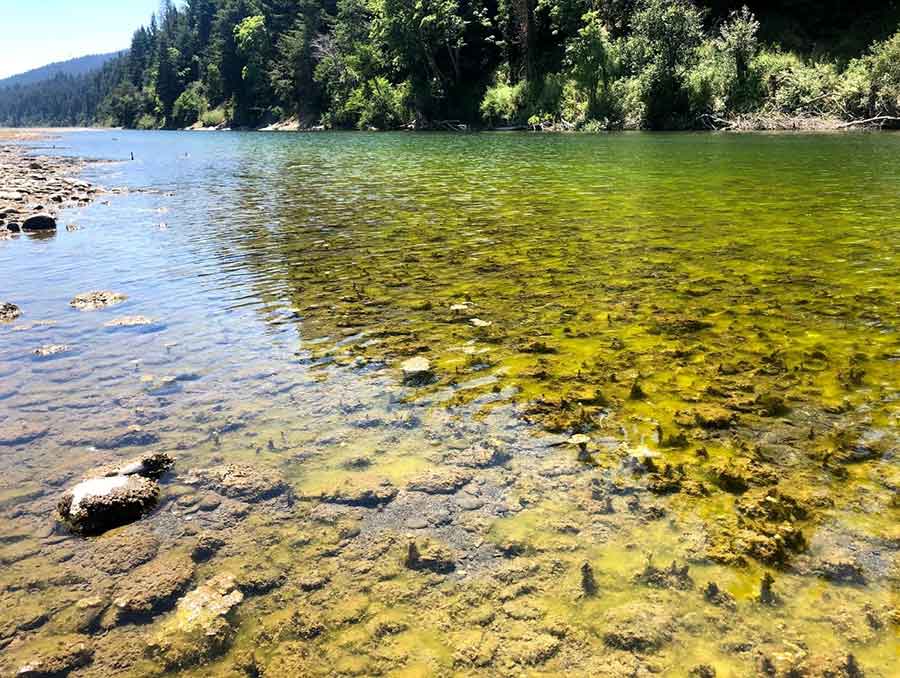 Researcher aims to get to the bottom of harmful, hidden riverbed algae

While algae growing in our lakes, ponds and reservoirs can be quite visible, the algae in many of our rivers and their tributaries is often not so obvious, lurking on the bottom of the rivers, and clinging to rocks. Yet, some of these riverbed blue-green algae, referred to as “cyanobacteria,” can create algal blooms that produce toxins harmful not only to aquatic life, but also to pets, livestock and humans. University of Nevada, Reno Assistant Professor Joanna Blaszczak is conducting research to identify the specific conditions conducive to producing these blooms and their toxins, so that water managers can know when they are going to occur and take actions to better protect animals, humans and river ecosystems.

The research will be conducted through 2023, funded by almost $200,000 from the National Science Foundation’s Division of Environmental Biology. Blaszczak, in the University’s College of Agriculture, Biotechnology & Natural Resources, is partnering with several other entities to study three river systems in northern California – the Russian, Klamath and Eel – to research one type of these toxins in particular, a neurotoxin called anatoxin. She says the Mediterranean climate conditions in northern California, with long, dry summers, are partly what allows the “cyanoHABS” (cyanobacterial Harmful Algal Blooms) to form.

“There are long periods of warm water temperatures,” she said. “There are also no storms for extended periods of time that could flush the cyanobacteria out of these rivers. Dog deaths have been relatively frequently reported in these northern Californian rivers compared to other regions because of dogs consuming these toxins while swimming or grooming themselves after swimming.”

According to the EPA, several dog and livestock deaths have been reported after exposure to anatoxin. Exposure can occur through drinking the anatoxin-contaminated water and ingesting anatoxin-producing cyanobacteria while swimming or playing in an area with it.

People can also be exposed to the toxins, swimming or recreating in the contaminated water. They might drink it accidentally or deliberately, get it on their skin, or accidentally inhale some of the toxins when they get water in their nose. According to the EPA, acute health effects in humans from anatoxins include tingling, burning, numbness, drowsiness, incoherent speech and salivation.

“I’m an owner of two dogs, but besides keeping dogs and other animals safe, I’m concerned for people and the river ecosystems,” she said. “I was helping a colleague do some related research in one of these rivers last summer, and was driving by the Eel River, and you could just see the algal blooms on the river rocks. And 30 feet downstream, there were all these children playing in the river.”

Laurel Genzoli, a doctoral candidate at the University of Montana, takes algal samples in the Klamath River. Photo by Joanna Blaszczak.

Blaszczak, who conducts research not only as part of her role in the College’s Department of Natural Resources & Environmental Science, but also as part of the College’s Experiment Station unit, hopes to keep people and their animals safe from the anatoxins by monitoring the three northern California river systems and then using the collected data to develop models that accurately predict when anatoxin production will reach unhealthy levels. Water managers would then be informed and could take appropriate actions to help keep animals and people out of the water during those periods.

Monitoring will be done using aquatic high-frequency environmental sensors and by taking field samples at locations with previously documented occurrences of cyanobacteria that produce anatoxins. The sensors resemble large water bottles and have optical sensors that measure things such as the water’s temperature and levels of oxygen and specific nutrients. Field samples will be taken from the bottom of the rivers every two weeks from June through September each year, and the samples will be analyzed by the Mick Hitchcock, Ph.D. Nevada Proteomics Center at the University.

Blaszczak said she will also use data from the U.S. Geological Society to get measurements on factors such as the rivers’ flow rates.

“If we monitor the temperature, flow of the river, nutrient concentrations, and other factors, we can understand whether for the upcoming summer it is likely that the anatoxins are going to be produced earlier or later in the summer,” she said. “We should be able to estimate the amount of growth during a week.”

Blaszczak hopes this research will show that collecting this type of data allows models to be built that can predict, especially in the short-term, weekly scales when the anatoxins will be above healthy thresholds for animals and humans. She foresees water managers then being able to put up signage to warn recreators, or at times, maybe even restrict usage with other measures or policies if necessary. She hopes the research will lay the foundation for forecasting harmful cyanobacterial blooms and toxin production in other U.S. rivers prone to cyanoHABs.

Finally, Blaszczak also aims to inspire students to take an interest in studying science and their local rivers. She and her partners have built into the project a summer student internship program, support for a graduate student, and two field trips for high school students.

“We’ll bring students to one of the field sites and go through and explain some of the work we are doing and provide them the opportunity to get some hands-on experience sampling a riverbed,” she said. “We’ll have them understand where the harmful algae are, what they look like, and what we are doing. It’s an opportunity to get high school students excited to learn about science, and what’s going on in their own river networks.”

Researchers in the Department of Geological Sciences and Engineering weigh in on a hotly debated topic in tectonics and geomorphology: the age of the Sierra Nevada mountain range