A Year in Review: Reflections from the Senator Harry Reid Doctoral Fellow 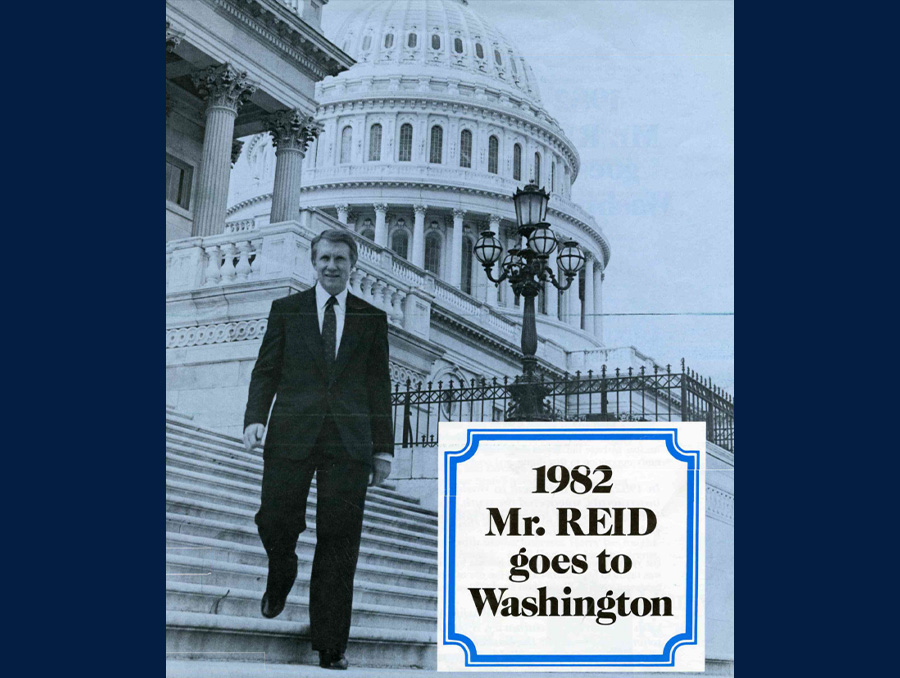 A Year in Review: Reflections from the Senator Harry Reid Doctoral Fellow

I recently had a strange realization: I have been working in Senator Harry Reid’s archival collection for over a year. When I began, I faced the daunting task of acquainting myself with the recent history of Nevada and the career of a man with a long list of incredulous biographic events. A man who once served as a US Capitol police officer, the lawyer of a person accused of murdering both of their parents, an amateur boxer, and, it turns out, in a bizarre turn of events, one of the leading voices in governmental calls for investigations into UFOs or what is now known as UAPs (Unidentified Aerial Phenomenon). Harry Reid’s personal history reads like the plot of a movie. However, his equally dramatic career in Congress altered the course of Nevada.

My research in his archival collection has explored myriad topics of Nevada history over the past year. My focus has been on Senator Reid’s environmental advocacy record during his time in Washington (as a member of the House of Representatives in 1983-1987 and in the Senate in 1987-2017); from Senator Reid’s appreciation for history, to the establishment of Great Basin National Park in 1986, the Truckee River Negotiated Settlement in 1990, and, finally, the move towards renewable energy in Nevada and the western United States as represented by the National Clean Energy Summit of 2008. In writing those articles, my aim was to illustrate the evolution of political environmental advocacy in the Silver State. These trends reveal a great deal about the expansion of political power and federal involvement in regional environmental issues in the West.

Forty years ago, when Harry Reid was first elected to Congress, Nevadans had very little public land dedicated to conservation, little to no renewable energy generation and transportation, and a system of water distribution built upon the inequalities of the Bureau of Reclamation’s Newlands Project. In addition, Reid brought national attention to the State through his role as the Senate Majority Leader and his long-lasting efforts to block the high-level nuclear repository at Yucca Mountain.

The growth of the State both in its national significance and political development has continued. Today, Nevada is a different place than it was four decades ago. Nevada, in the recent 2020 Presidential election, was a key decider. The State now produces more renewable energy than nearly any other state. Additionally, the Lake Tahoe Restoration Act, brokered by Nevada and California, has continued the efforts to protect Lake Tahoe. The career of Harry Reid will be relevant for decades to come as researchers further delve into his archival collection.

I would like to thank you all for your support of my work this past year. In addition, I would be remiss if I failed to recognize the assistance rendered by my advisor, Dr. Sarah Keyes, and Kim, Jacque, Ian, Nathan, and others at the University of Nevada, Reno’s Special Collections and University Archives.