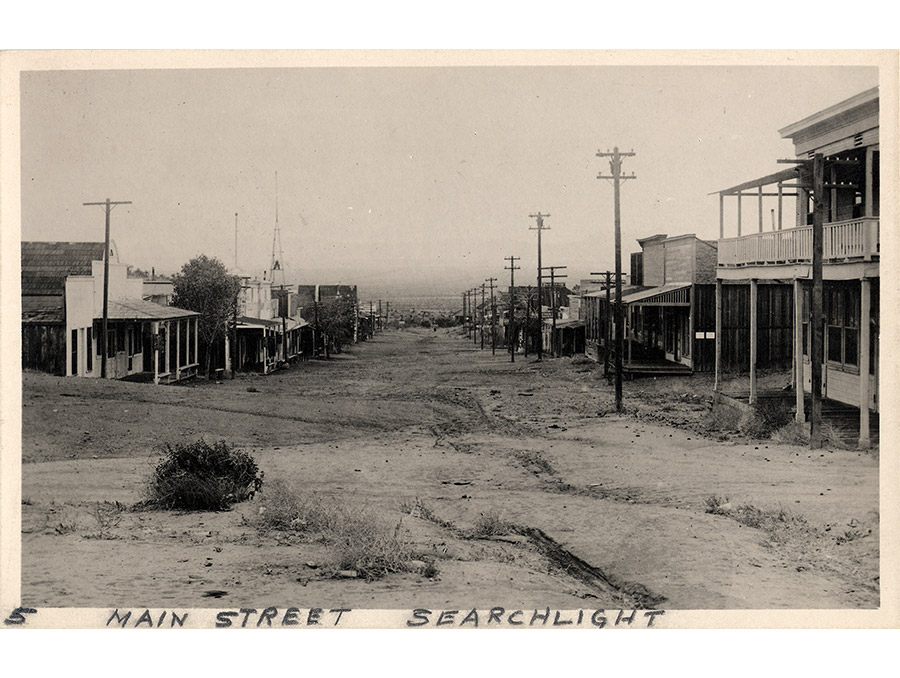 Senator Harry Reid is most well-known for his legislative record, his heroic battles to save Nevada from being relegated to a disposal site for nuclear waste, and for his leadership and tenacity. However, what many do not know is that Senator Reid is also an accomplished historian with a published book. His monograph, Searchlight: The Camp That Didn’t Fail, tells the story of his hometown — Searchlight, Nevada. This small town’s history is a tale of mining, boom and bust cycles, and battles over water and land; which is analogous to the history of the state of Nevada. Searchlight provides a vehicle to further examine mining towns, Nevada’s beginnings, and Senator Reid’s career as a politician.

Senator Reid explores various themes in examining the history of Searchlight. One of those themes is the rapid expansion and equally prompt decline of the camp. Searchlight was originally thought to be a site with relatively little mineral value. In fact, it is believed that the town was given its name after a miner declared that they would need a searchlight to find any gold amongst the dirt. Searchlight miners eventually found success on several claims and the camp developed into a bustling town with modern amenities. However, the town’s boom was short-lived and its meteoric-rise stagnated as quickly as it had begun.

The town’s growth was fueled, in part, by the discovery of water. The challenges of finding water in the desert landscape proved to be a constant difficulty for mining towns and western cities. As Reid notes, “[t]he earliest writings in Searchlight recognized the need for water.”[1] Senator Reid provides an anecdotal account of his grandfather’s discovery of water and subsequent forced sale of the land. Battles over water and land have come to define the political, social, and geographical landscape of the Silver State and the West.

Senator Reid’s foray into historical writing demonstrates a palpable passion for history, a knack for great story-telling and a heroic devotion to historical preservation. As the Senator notes in his preface, “[a]s a student of history, I have enjoyed the research. Time spent on this project brought back many memories for me. In a broader sense, the preparation of this book also indelibly impressed upon me the importance of historical preservation.”[2] Searchlight: The Camp That Didn’t Fail, and Senator Reid’s donation of his political papers to the University of Nevada, Reno’s Special Collections has endowed future generations with an abundance of materials to examine the history of the state of Nevada, the West, environmentalism, and his career. If you would like to read Searchlight you can order it through Sundance Books and Music. For more information about Senator Reid’s papers please visit Special Collections and University Archives. Stay tuned for future blog posts that will explore Senator Reid’s legacy and career!