Climate change is a stressor of insect populations around the world 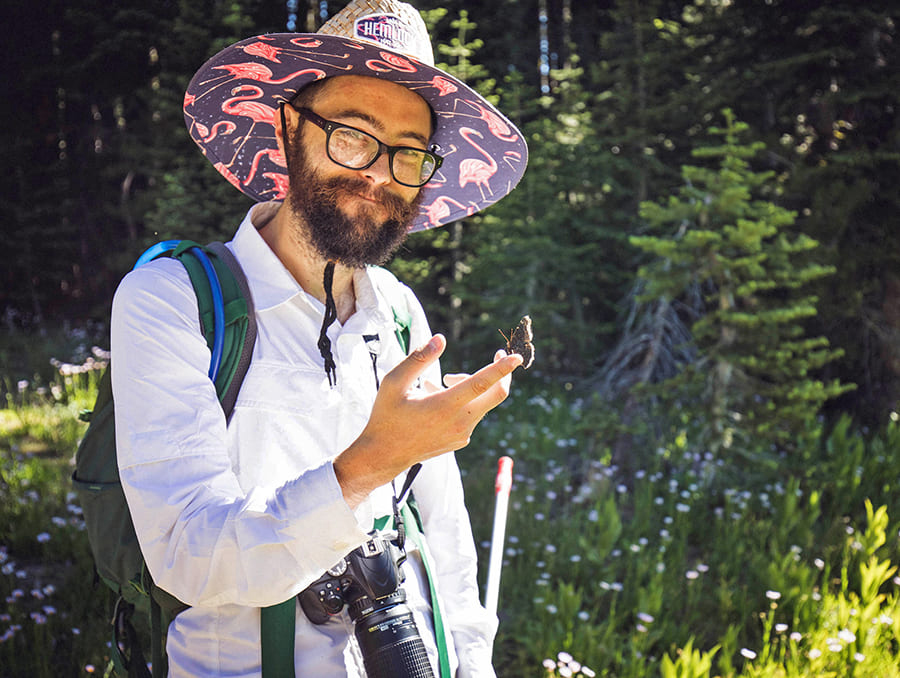 Climate change is a stressor of insect populations around the world

Climate change is an important contributor to insect declines around the world, according to a new study published in the scientific journal PNAS that examined continuous long-term monitoring of butterfly and other insect populations.

“Specifically, we looked at long-term data sets from relatively protected areas – areas where the impacts of other stressors are weaker, such as in the mountains,” study lead author Chris Halsch, a doctoral candidate in the Ecology, Evolution, and Conservation Biology program of the University of Nevada, Reno, said. “We specifically didn’t look at agriculture or urban areas for this study, for the most part, our sites are in undisturbed natural areas.”

Few insect monitoring programs encompass extensive elevational gradients, but one exception is the Shapiro Transect across Northern California with 10 sites and 163 species of butterflies from sea level to 8,200 feet of elevation. The sites have a wide variety of land use, from the intensely modified Central Valley of California to above tree line in the Sierra Nevada mountains, which this study encompasses. Observations at these sites have been taken every two weeks during the butterfly flight season for anywhere from 32 to 48 years, depending on the site.

“The issue is that there are multi-faceted reasons for these declines: agriculture, pesticides, urban growth causing habitat loss, pollution, forest fires and extreme weather events – and in most cases it is not just one thing,” Halsch said. “And none of these factors are as geographically pervasive or as likely to interact with all other factors as climate change.”

In the Donner Pass and Castle Peak areas of northern California’s Sierra Nevada, researchers (including Halsch) found butterfly populations that had been relatively stable until the 2000s. Then, the extreme drought from 2011 to 2015 hit and populations haven’t recovered.

Research team members from University of California, Davis, James Thorne and David Waetjen, provided climate modeling to go with the population data for the northern California transect. They found warming minimum temperatures and nights that are not cooling off as much, which all impacts biological processes.

The butterflies’ nectar sources are getting harder to find as plants wither in the heat, especially towards the end of summer and into early fall. Heat is responsible for dry vegetation, which was a catalyst for last year’s devastating wildfires, which have consumed butterfly habitat across the West.

“An important aspect of climate change impacting insects is extreme events,” Halsch said. “Six or so of the studies we reviewed looked at extreme events (flood, drought, etc.) and these events are more likely to be negative across the board. The negative impacts of extreme events are shown in mountain drought – the butterflies in the mountains did poorly; and the butterflies in California's Central Valley did relatively well during the drought, but since the drought ended the declines are happening again, numbers have plummeted back down.”

Art Shapiro, who began the northern California butterfly research in the 1970s, said generalists – butterflies that can survive in a variety of environments – are in many cases doing poorly, relative to those that only thrive in a narrow range of environmental conditions.

“Generalists tend to be upslope colonizers in the mountains,” Shapiro, a co-author in the study, said. “Their decline in the mountains probably reflects the fact that the main populations down here [in the Central Valley] are doing poorly.”

Halsch and his co-authors reviewed studies from around the world looking for relevant information about butterflies, moths, ants and flies. By far, butterflies are the most monitored across all insects, with the bulk of the studies from North American and northern Europe.

In all, for their research, the team used 60 studies from around the world, 11 studies that used the Shapiro Transect data, and 12 studies based on United Kingdom butterfly monitoring – monitoring programs that are known as some of the best in the world.

“Butterflies are, if anything, in worse trouble in Europe than here in North America,” Shapiro said. “The declines themselves are similar, but the reasons for the declines are different.”

Robust insect populations are vital for a variety of reasons, ranging from how they support the world’s food supply to how they support backyard flowers through pollination. Biologists are particularly interested to see how insects will respond to contemporary climate change because they are the most diverse lineage of multicellular organisms on the planet and are of fundamental importance to the functioning of freshwater and terrestrial ecosystems.

Colleague Lee Dyer in the College of Science’s biology department and EECB program at the University of Nevada, Reno, recently completed one of the few studies on insect populations in tropical forests and found strong signals of climate related to declines in population.

Matt Forister, Halsch’s graduate school advisor and co-author of the study that is a part of the published PNAS special issue about insect declines, is an expert in insect and butterfly populations. He has taken the lead on maintaining and expanding the Shapiro Transect monitoring in the Sierra Nevada. He said butterflies, like the rest of the natural world, are in decline, but they can rebound from their grim situation.

“We’re likely on the verge of losing some butterflies locally or regionally,” he said. “While those at-risk butterflies are not about to become extinct worldwide, that could change over the next 30 to 50 years. Insects really are survivors. We’ll lose some more, but if we can smarten up our agricultural practices and rein in climate change a bit, then there’s a lot of hope.”