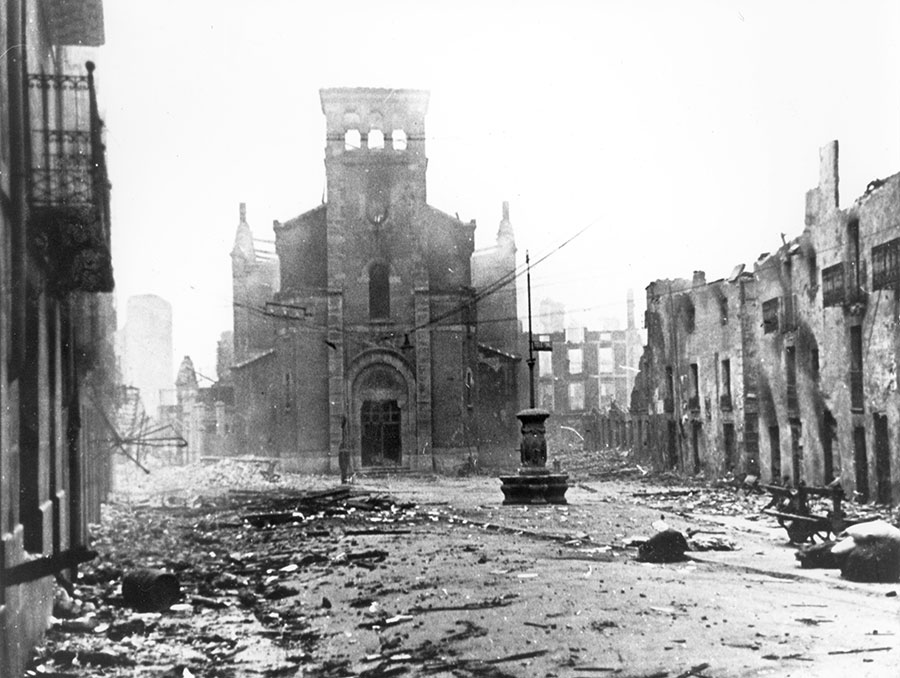 Each year, the William A. Douglass Center for Basque Studies at the University of Nevada, Reno and the Gernika Peace Museum in Gernika, Basque Country organize an activity to commemorate the anniversary of the 1937 bombing of the Basque town during the Spanish Civil War.

This year, two events will be held over Zoom for the commemoration. The first of the events will include a presentation in partnership with the Jon Bilbao Basque Library featuring a new webpage for the library’s website, detailing the history of the bombing. This presentation will take place Wednesday, April 21 at 6 p.m. The second event will be a reading and a singing from a book of poems written by a famous Basque poet, translated to English, and published by the Center for Basque Studies. This event will take place Friday, April 23 at 6 p.m.

Both will be held a second time, spoken in Basque for participants in Gernika, Basque Country and organized around the nine-hour time difference between the two countries.

Irujo authored the webpage for the Jon Bilbao Basque Library. The webpage includes the detailed history of the bombing of Gernika, how and why the “Heart of the Basque Country” was targeted and bombed during the Spanish Civil War. Also included are two downloadable booklets, one including the information on the webpage titled The Bombing of Gernika, and the other a published work of the center on the bombing as well.

“It is important to notice that what happened in Gernika in 1937, 84 years ago, happens every time there is a bombing,” Irujo said. “When we see on TV the bombings that are happening in Syria or in other places today, the consequences are very similar to what happened in Gernika 84 years ago. It helps us understand why we shouldn’t bomb cities and innocent civilians.”

“We know that more than 2,000 people died in the bombing in Gernika,” Irujo said. “On the Spanish Wikipedia site, they say that there were no more than 126 deaths as a consequence of the bombing. The English page is much better, but still does not provide a real view of what happened there. This is the reason I did the webpage, to have an alternative to these sites. We need to remember the victims; memoricide (the destruction of the memory) is a recurrent event.”

The goal is to nurture the webpage and continue to add information through the years. One specific addition they plan to make is a section of stories and recordings of eyewitness accounts of the bombing, from individuals who lived through the event. Irujo believes this will be an impactful addition, as in his Genocide Studies course students are most engaged with these kind of accounts in class.

He encourages those who do not know the history of the event to learn more about Gernika and the Basques, and what Gernika means to Europe and even the rest of the world.

“Today, because of Pablo Picasso and his painting, Gernika has become a symbol of peace and of human rights,” Irujo said. “It is a symbol of the suffering of innocent civilians during episodes of war. I think that it is important to approach Gernika from a universal perspective; it is something we need to know about if we want to build towards a peaceful future for humanity.”

Learn more about the William A. Douglass Center for Basque Studies and the Jon Bilbao Basque Library.