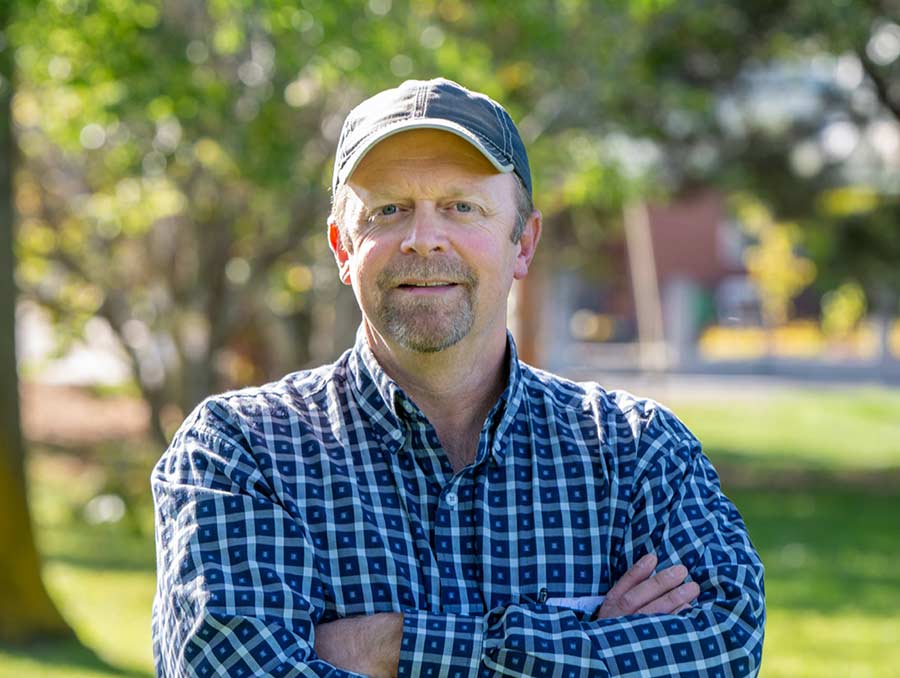 University of Nevada, Reno Extension welcomes Paul Meiman to Nevada as the Extension specialist for rangeland livestock and wildlife interactions. Meiman works out of the Extension office in Elko and has responsibilities primarily throughout northern Nevada as part of the University’s College of Agriculture, Biotechnology & Natural Resources.

As an Extension specialist, Meiman’s main focus is on promoting and supporting effective management of rangelands in northern Nevada to maintain or improve plant communities to better support rangeland animals. As part of the College’s Experiment Station unit, he will work with land and animal managers to monitor how wildlife and livestock interact with each other and other components of rangeland ecosystems. Additionally, he will be looking for opportunities to apply and develop innovative tools, such as virtual fencing systems, to help rangeland managers improve livestock distribution and sustain Nevada rangeland habitats and the animals that rely on them.

Prior to working at the University, Meiman worked at Colorado State University as an associate professor in the Department of Forest and Rangeland Stewardship and at the University of Wyoming as the state Extension specialist for rangeland resources. Meiman hopes to make a significant impact in Nevada, and is excited to be associated with the rangeland ecology program in the College’s Department of Agriculture, Veterinary & Rangeland Sciences, which is continuing to grow steadily. He is also a member of the Society for Range Management and the Range Science Education Council.

Meiman is particularly interested in livestock grazing management to maintain or improve habitat in and around streams. Plant communities in these areas have important links to instream habitats for many species, including Lahontan cutthroat trout, which is a threatened species according to the U.S. Fish and Wildlife Service.

“It’s so great to be back in Extension,” Meiman said. “I love being able to get out of the office and connect with people who manage rangelands. I’m learning a lot right now about what is happening in northern Nevada and how I can make an impact and best support efforts to improve rangeland management here – even in instances where it is already pretty good.”

Going forward, Meiman plans to work with ranchers who have Bureau of Land Management or Forest Service grazing permits on how to best monitor rangelands cooperatively with the agencies to support their management decisions. He also plans to continue working with the bureau and bureau permittees in Nevada who are involved in outcome-based grazing. This is a new approach to grazing management that provides permittees with opportunities for increased management flexibility and input on defining management outcomes, but also more responsibility for those outcomes.

"I have known Meiman and have watched his career develop over the last 20 years and can definitively state he is one of the most qualified and talented rangeland scientists in the USA,” Tamzen Stringham, chair of the College’s Department of Agriculture, Veterinary & Rangeland Sciences, said. “The department and Extension are extremely blessed to have him as part of our Extension and research team. Nevada rangelands and our rural communities will benefit significantly from Meiman’s knowledge."