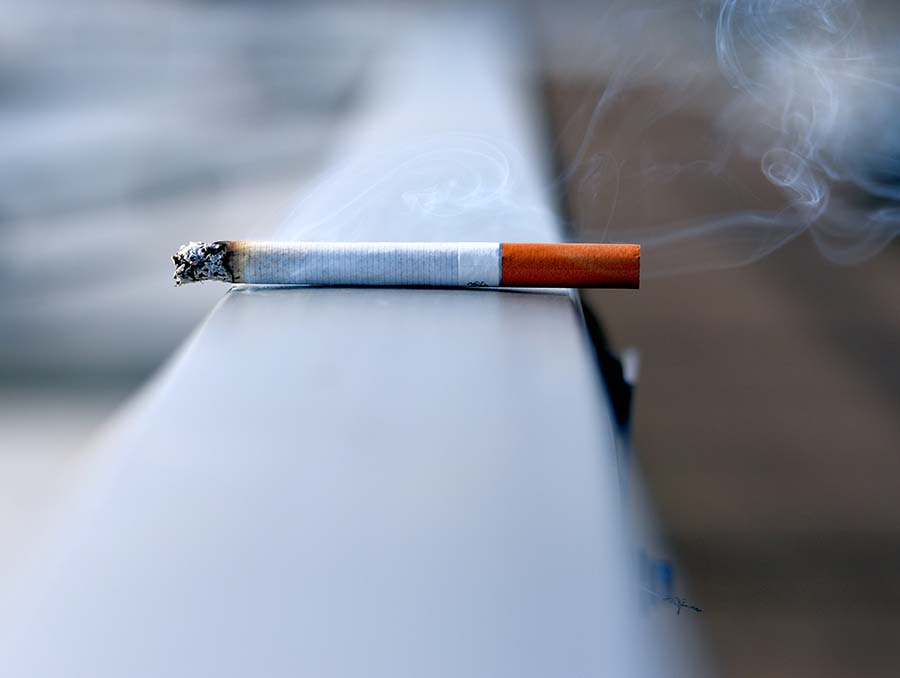 The project, “Expanding smoke-free communities: attitudes and beliefs surrounding smoke-free casinos and bars in Washoe County, Nevada,” was led by Eric Crosbie, Ph.D., M.A., an assistant professor with the University of Nevada, Reno School of Community Health Sciences and the Ozmen Institute for Global Studies. The work was supported by the University, Renown Health and the Nevada Tobacco Prevention Coalition (NTPC), though none of these organizations were involved in the conduct of the research or the preparation of the project.

Other members of the research team included:

These numbers have changed since the Nevada Clean Indoor Air Act was approved by Nevada voters in 2006. That act prohibited smoking in most public places, with an exemption for casinos and stand-alone bars. At that time, 52.9 percent of Nevadans supported the exemption for casinos, while 44.6 percent supported it for bars.

Crosbie has spent much of his career researching how tobacco, food and beverage companies market harmful products to consumers. While there have been many studies published about the dangers of secondhand smoke, this is the first specific to Washoe County, and one of only a handful of studies examining attitudes and beliefs about smoking in casinos.

“This is a highly relevant issue for Washoe County because casinos and bars are important establishments in the community,” Crosbie said. “However, tobacco use is still the leading preventable cause of death, but more importantly tobacco use in public places is a health equity and social justice issue as employees — such as table game dealers and bartenders — continue to be exposed to secondhand smoke.”

This study followed a two-stage, mixed-methods process, starting with two focus groups conducted to explore Washoe County residents’ attitudes toward smoking in Washoe County casinos and bars. The information learned from the focus groups was used to develop a survey to determine whether exposure to information affects residents’ attitudes toward smoking in these establishments.

Based on a 5-point Likert type scale, other findings include:

This issue of secondhand smoke became more relevant in the spring of 2020 when casinos and bars were forced to close down due to the coronavirus pandemic. At that time, Crosbie and many of his academic and public health official peers advocated for re-opening smoke free.

“This represents a real opportunity to establish smoke-free casinos and bars, and establishments in Washoe County should follow the lead of Park MGM in Vegas and go smoke free,” Crosbie said. “Casinos are moving away from traditional gambling and are diversifying to become more family-friendly establishments with arcades, shows, spas, swimming pools, movie theaters, etc. This expansion should be accompanied with safe and healthy smoke-free environments for these families, traditional gamblers and employees, especially during times of COVID.”