The impact of Colorado River water shortages on Nevada

Changes to water policy needed as time runs out

In August 2021, the Colorado River captured the attention of the nation. In a first-of-its-kind decision, the federal government declared a water shortage on the river, which provides 90% of Southern Nevada’s water supply. Mandatory water delivery cuts, known as “Tier 1” reductions, followed for the states of Nevada and Arizona, as well as for the country of Mexico. Paired with expectations of a drier climate, these cuts have catalyzed a conversation about how the region’s water policies – and assumptions about future water availability – must be adapted.

The Colorado River’s annual flow is divided among seven U.S. states in the Colorado River Basin through a 1922 policy called the Colorado River Compact. The Compact allocates 7.5 million acre feet (MAF) of water to the “upper basin” states (Colorado, Utah, and New Mexico), and another 7.5 MAF to the “lower basin” states (Nevada, Arizona, and California). One acre foot is equivalent to the amount it would take to cover a one-acre area one foot deep in water, which can support 1-3 households for a year. In 1944, Mexico was allocated another 1.5 MAF annually. Taken together, the Compact allocates 16.5 MAF of the Colorado River’s annual flow, which was estimated to be around 18 MAF at the time. Large reservoirs, such as Lake Mead, were constructed to store extra water in wet years to meet allocations during periods of drought.

In the decades since, scientists have discovered that the Compact severely overestimated how much water flows down the Colorado River each year, due largely to policymakers using a particularly wet period of time as a reference for the river’s annual average flow – which is now estimated to be around 13 MAF. This over-allocation issue is exacerbated by climate change, which is shifting precipitation patterns and raising temperatures through the Colorado River Basin. These impacts are expected to further reduce the amount of available water, as discussed in Part 1 of this blog series. Additionally, under a separate federal doctrine, Tribal nations in the basin hold rights to around 2 MAF of Colorado River water that has largely not been put to use due to long-standing socio-economic inequities. Each of these factors creates substantial uncertainty about future Colorado River water availability.

In 2007, the 7 U.S. Basin states developed a set of guidelines for sharing “shortages” -- or, in other words, rules about who would take what water delivery cuts and when. Due to severe and persistent drought in the Colorado River Basin, these guidelines were updated in a policy called the Drought Contingency Plan (DCP), which was approved by the U.S. Congress in 2019. The DCP defines the “elevations” of Lake Mead at which states take mandatory water delivery cuts. For instance, the “Tier 1” reductions made in August 2021, when Lake Mead was expected to drop to an elevation of 1,075 ft., will reduce Nevada’s annual Colorado River allocation by about 7%. A decline in Lake Mead’s elevation to less than 1,050 ft. would trigger a “Tier 2” shortage, reducing Nevada’s deliveries by an additional 4,000 AF. In dire scenarios where Lake Mead’s elevation falls below 1,040 ft., Nevada would experience cuts as high as 9-10%.

To help combat these reductions, the Southern Nevada Water Authority (SNWA) has conserved over 2.1 MAF of water in the past decade through practices such as water banking, updating water infrastructure, and providing incentives for water use reduction. While the success of these actions is encouraging, it is unlikely that they can adequately address future water shortages alone. Indeed, SNWA is planning for dire scenarios where as little as 11 MAF of water flows down the river each year, which would likely mean significant reductions to Nevada’s water allocation.

Critically, the DCP – as well as a slate of other policies for managing the Colorado River – are set to expire in 2026. Conversations about the “renegotiation” process to come have already begun among the U.S. basin states, Mexico, Tribes, and other concerned entities. While the extent of changes to current policy is still very much up for debate, many stakeholders recognize that we are running out of time to address these issues, especially as they continue to worsen.

Dr. Koebele’s research team at UNR is leading efforts to better understand how collaborative water sharing processes used over the last 20 years in the Colorado River Basin may provide insight into the renegotiation process and the development of long-term solutions to one of the biggest problems facing Nevada and the western U.S.

(Editor's note: Max Robinson is a student in the Graduate Program of Hydrologic Sciences at UNR, pursuing an M.S. in hydrogeology and researching collaborative governance in the Colorado River Basin, with specific interests in groundwater policy and the inclusion of Tribal Nations in the policymaking process. Max served as co-author of this blog post.) 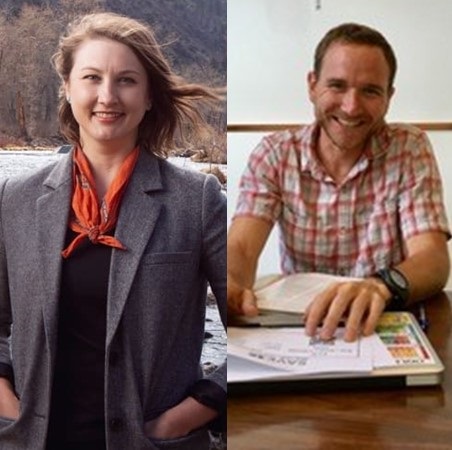