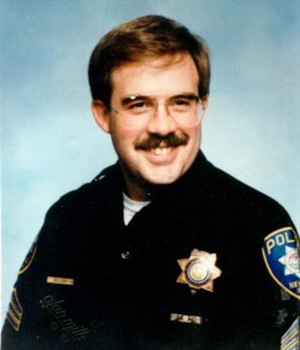 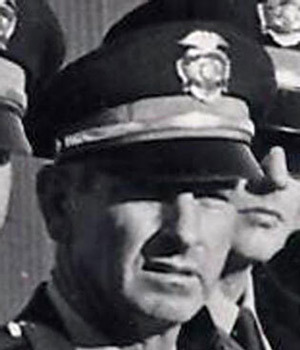 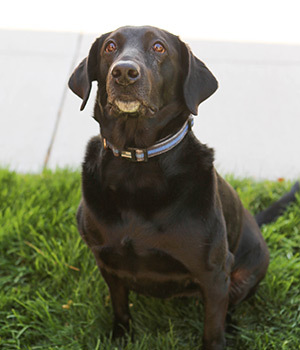 University of Nevada , Reno Police Sergeant George D. Sullivan was killed in the line of duty in the early morning hours of January 13, 1998. He had been with the University Police Department for 19 years. He was survived by his wife and five children. Memorial Services were held at Lawlor Events Center on January 17, 1998.

George was born in Reno, attended Reno High School and Truckee Meadows Community College, where he earned his Criminal Justice degree. He was well known and well liked by the campus community; known for his care and concern for his fellow officers, friendliness and sense of humor. He has been honored by the university with a granite memorial bench placed at the east side of Manzanita Lake. The bench was dedicated in October of 1998. The Police Services area in the Student Services Building was named the "George D. Sullivan University Police Complex" in January of 2002.

Sgt. Sullivan was killed by Siaosi Vanisi, who attacked Sullivan with a hatchet as he worked near the Clark Administration Building. Vanisi was captured in Salt Lake City, in possession of Sullivan's duty weapon and other personal effects. He was returned to Reno to stand trial. Vanisi was found guilty of first degree murder on September 29, 1999. He is currently on death row in the Nevada State Prison system.

University of Nevada , Reno Police Officer Thomas Burner died in a car accident on the night of December 6, 1968. He had been with the University Police Department for 1 year. He was survived by his wife and three children. Memorial Services were held on December 10, 1968.

Burner had been a Reno resident since 1946 working for Home Lumber Co. and eventually the University Police. He was born in Luray VA., February 6, 1920.

Burner and Sergeant at the time Bobbie Malone, were returning from a police teletype seminar in Tonopah when Burner lost control of the car on highway 395, striking a marker post, and rolling three times into a culvert. Sergeant Malone also suffered serious injuries but returned to the force.

University Police Services – Northern Command K9 Bonnie was struck and killed by a vehicle in the area of Sutro Street and Wedekind Road while she and her handler, Officer Tom Emmons, assisted the Reno Police Department during a shooting investigation.

K9 Bonnie and Officer Emmons had responded to the area to assist with conducting a track. K9 Bonnie was rushed to a local veterinary hospital after being struck but succumbed to her injuries.