About the Pack Rides program

When Pack Rides began as a walking service in the 1984-85 academic year, it was a group of student leaders and volunteers from fraternities and various other clubs on campus looking to take a proactive approach to improving safety on campus at night. The program was directed by a student appointed by ASUN. ASUN also funded the program and bought the radios, the computer and the printer used by the students. The program at that time was very small, escorting about 2 people a night.

In September 1985, the program moved from ASUN to the campus police department in order to expand the service by using vehicles for transportation. University Police used non-paid reserve police officers (called Campus Safety Officers, or CSO's) who were motivated to serve in order to become eligible for sponsorship by University police to the police academy. They generally had four CSO's at any given time, the majority of whom were not University students.

In 1986 the CSO's began receiving wages from University Police and assumed other police functions in addition to providing escorts. By 1990, they were supervised by a full-time Police Officer and moved into the main University police station. The program was primarily funded by police, except for an occasional special request to ASUN for equipment, wages, or the primary vehicle that was used to provide escorts. 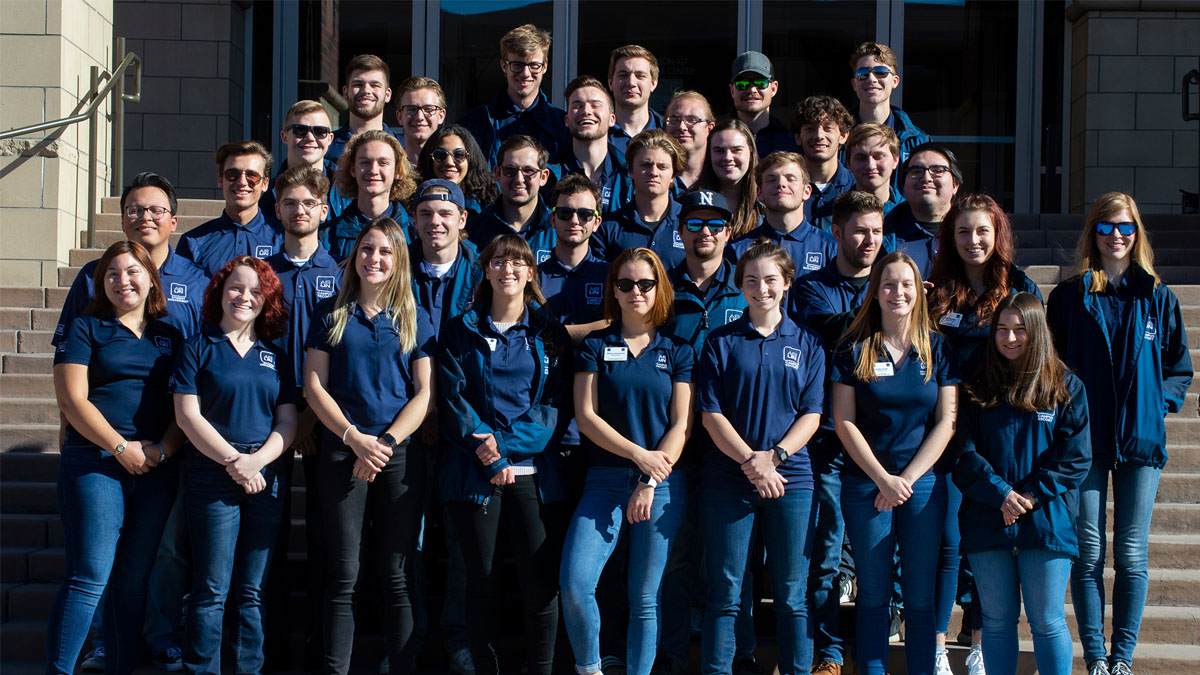 In 1994, due to the need for an individual who could dedicate more attention to the Pack Rides Service, the program was added to Mike Hendi's responsibilities under the direct supervision of the University Police Administrative Sergeant. Hendi hired the first group of full-time students and the first women for the program. At this time, the average increased from around eight to twenty-five escorts per night.

The police helped set the standard for the Pack Rides program, providing valuable training to improve officers' self defense, CPR, first aid and driving skills in order to better serve students, faculty and staff. The University Police also provided backup for the CSO's when needed. In turn, the CSO's became extra eyes and ears for the University Police. Seven of the CSO's even went on to become police officers, three of them with the University Police, by 1996.

In the summer of 1996, the University Police Department was moved from the division of Student Services to Finance and Administration. However, the Pack Rides Service remained in Student Services. ASUN was excited to continue funding it, and purchased its own radio system and created a dispatcher position for its employees.

Since 1996, monumental changes have been made to improve the quality of the staff and the service to students. The Pack Rides Service grew from one vehicle to seven and from eight escorts per night to over 300 per night.

Today, Pack Rides Service employs more than 60 students and provides more than 50,000 rides per academic year. Within the past two years, the program has received community donations from Parents Fund and the Mately Foundation to purchase a new Ford Transit to replace the old wheelchair-accessible van. Along with new additions to the 12 passenger shuttles, Pack Rides has implemented a new, automated police radio that allows dispatchers to be informed of unsafe events happening in Reno. It also allows for dispatchers to keep not only our passengers safe, but the drivers safe as well by preventing calls going through in a particular area. ASUN continues to provide 100 percent of the yearly funding for student wages and operational costs.