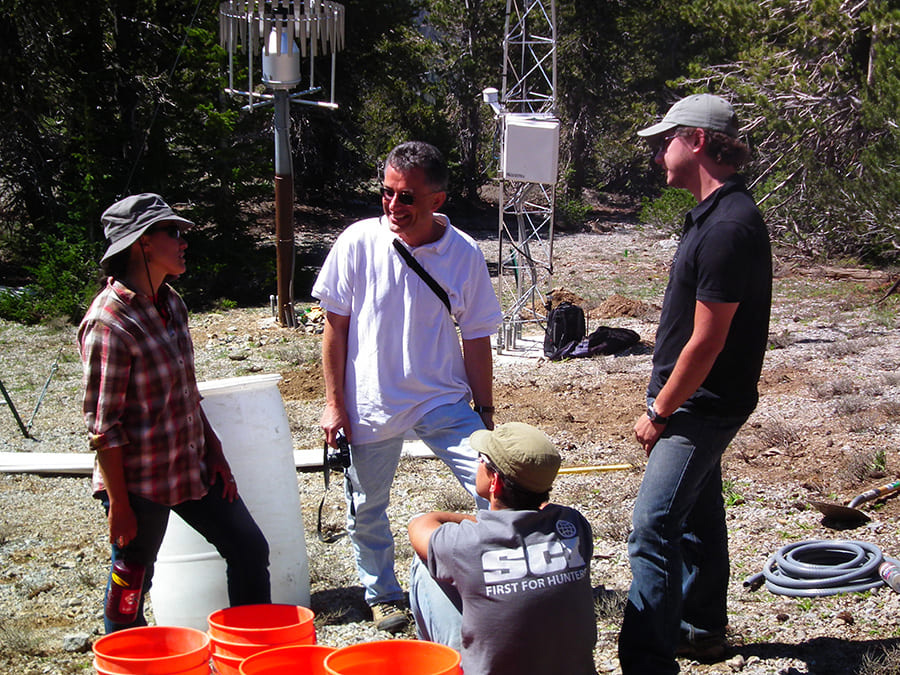 Professor Franco Biondi has received an international Fulbright Senior Scholar Award for Spain to study climate variability and its impact on biodiversity and vegetation in Spain’s Canary Islands. At the southernmost tip of Europe, this cluster of seven inhabited islands in the Atlantic Ocean is an ideal natural laboratory because of the intersection of ocean currents, air flows and the complex topography of the landscape.

“I will be using long-term climate datasets (from the early 1900s) to further investigate how vegetation dynamics respond to changes in the atmosphere and in the ocean at multiple time scales, to help better prepare for potential climate change impacts,” Biondi said. “Besides being a tourist mecca, the Canary Islands are located at the intersection of several major atmospheric and oceanic systems. This area is so special that the Canary Islands, which account for about 1.5% of the total territory of Spain, are home to about 50% of all plant species that occur naturally only in Spain.”

Biondi, in the College of Agriculture, Biotechnology and & Natural Resources, is a tree biologist with a background in hydroclimatology and a specialty in dendroecology, which is the study of tree rings and wood formation to infer environmental changes. He will provide data analysis expertise and knowledge of plant/climate interaction to a Spanish team that plans to analyze landscape genetics and its linkages with ocean-atmosphere interactions and their climate influence on vegetation.

“It’s a natural laboratory to examine these forces because the islands are at the center of these features and have a great topographical range, from desert to treeline,” he said. “That’s a little like Nevada’s Great Basin, where the strong differences from valleys to mountain tops generate incredible biodiversity, which is the reason for the Canary Islands endemic species, some still being discovered.”

Some Canary Island endemic species have now become established in many places across the globe, such as the dragon tree and canary palms, which can even be found in places like Tucson, Arizona, where Biondi lived as a U.S. graduate student.

“There’s very interesting vegetation to say the least,” he said. “For instance, there are uncharacteristically small, and yet ancient, juniper trees in the Canary Islands found among cliff rocks – like we see even around Lake Tahoe, where trees seem to sprout from boulders, using soil in the cracks – and these 1,000-year-old junipers in the Canary Islands have just recently been discovered.”

Biondi’s 30 years of research experience includes domestic and international collaborations with scientists in Canada, Germany, France, Finland, Switzerland and Italy. For his international work this year, and in connection with his sabbatical leave during next spring semester, Biondi received a 2023 Fulbright U.S. Senior Scholar Award from the Commission for Cultural, Educational and Scientific Exchange between the U.S. and Spain and the Universidad de Las Palmas de Gran Canaria, Spain. He will be collaborating in several scientific efforts with researchers at the Universidad de Las Palmas de Gran Canaria, where he will reside until May 2023.

With the University of Nevada, Reno’s mission to have a “transformational global impact,” his activities could allow for future University international student exchanges, teaching and collaborative scientific efforts, also a goal of the Fulbright Program.

“From the exchange of ideas and the collaborative activities already planned, I fully expect that new projects will be generated, which would foster the University research and teaching missions”, Biondi said.

Biondi is a professor in the College’s Department of Natural Resources & Environmental Science, whose research is in part supported by the University's Experiment Station. He teaches two undergraduate classes, Mountain Ecoclimatology and Natural Resource Ecology, and will soon offer a graduate course on Autocorrelation in Space and Time, which will present applied concepts of statistical modeling for both prediction and explanation especially as it relates to environmental science and as a tool for investigating natural phenomena.

Biondi received a laurea (Italian doctorate) in forestry from the Università di Firenze in 1985, and came to the U.S. that same year on a Fulbright Scholarship. He earned a doctorate in watershed management and geosciences from the University of Arizona, Tucson in 1994, and then moved to La Jolla, California, to work as a project scientist at the University of California-San Diego’s Scripps Institution of Oceanography, where he reconstructed past climate using proxy records from terrestrial tree rings and oceanic sediments. He has been at the University of Nevada, Reno since 2000, and from 2008 to 2013 he was the statewide lead for the Ecological Change component of an NSF-EPSCoR project entitled “Nevada Infrastructure for Climate Change Science, Education and Outreach,” which was funded for a total of $15 million. As part of the research infrastructure funded by this large multi-investigator project, the Nevada Climate-ecohydrological Assessment Network was established.