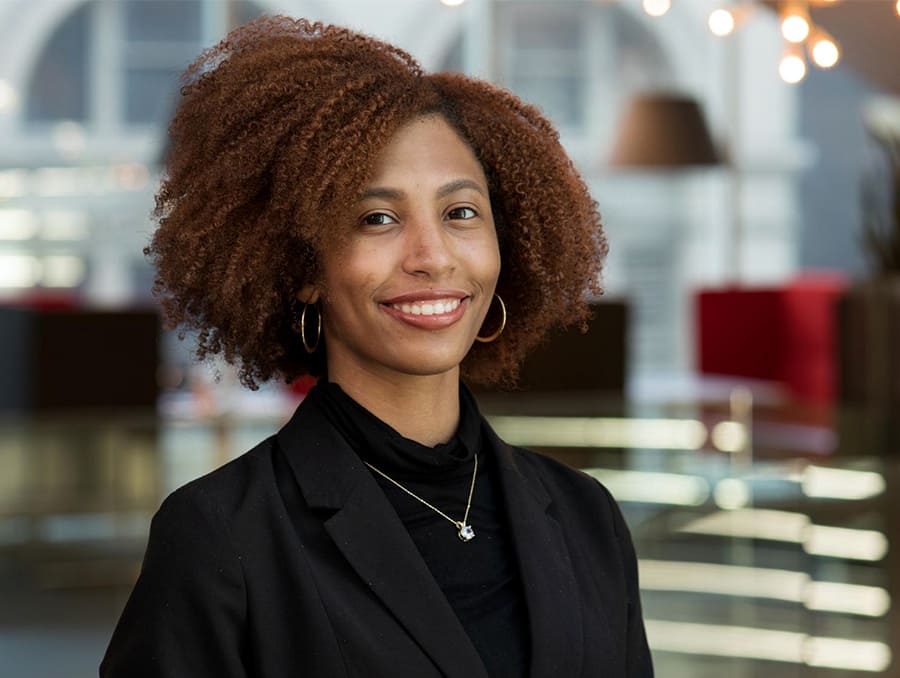 Reynolds School of Journalism alumna Taylor Johnson started working as a staff writer at the Nevada Sagebrush student newspaper during her first year at the school as a way to try something new. She didn’t imagine that she would be reporting for Bloomberg News in New York City just four years later.

“I was in Chicago when I was told Bloomberg wanted me to join them for the summer,” Johnson said. “As soon as I put the phone down, I was bouncing up and down like a madman.”

Johnson’s passion for journalism started through her work at the Nevada Sagebrush, where she was drawn to writing about marginalized communities and social justice. After she was promoted to news editor for her work investigating white supremacy, Johson found inspiration in the Ida B. Wells quote, “The way to right wrongs is to turn the light of truth upon them.”

“Words have the power to identify and eventually heal wounds people don’t sometimes realize are there,” she said. “That’s what I wanted my work to do, for people to understand what other people dealt with on-campus and for them to do something about it.”

While attending the University of Nevada, Reno Johnson strengthened her reporting skills and produced quality investigative work that earned her honors, such as the Lerude First Amendment Award and the Steve Martarano Best Published Article Award. She formed strong journalism capabilities with the support of her Reynolds School professors.

“The journalism school is a family that builds and supports you, they will build up your strengths and even assist you with your weaknesses,” Johnson said. “Without their guidance and help, I don’t think I’d be walking around the streets of New York into the Bloomberg office every day.”

After graduating in three years with her bachelor’s degree in journalism, Johnson’s friend suggested she look into the Craig Newmark Graduate School of Journalism at the City University of New York. Johnson was accepted into the program, receiving a full-ride scholarship as an Ida B. Wells scholar, and moved to the city to continue her studies.

“Moving to New York was an adjustment,” she said. “I had a bit of culture shock and eventually had to learn how to keep up with the fast pace over here.”

At CUNY, Johnson focuses on education and political reporting and produces work for the Mott Haven Herald monthly newspaper and the Hunts Point Express news outlet.

“If you can learn how to report in New York, with all the agencies, groups, corporations and everything in between, I swear you can do it anywhere,” Johnson said.

Once internship application season came around, Johnson knew to apply early if she wanted to work for a national paper. Even though she was nervous throughout the selection process, she eventually got the call that she had been chosen to be an equality intern for the company. Johnson has produced multiple articles for Bloomberg since starting in June and has been reporting on topics such as politics and human rights.

“Being an equality intern for Bloomberg has been such an educational experience,” she said. “I get to do what I did before on the Nevada Sagebrush but for a national audience and still talk about those same issues.”

Johnson’s time at the Reynolds School and the Nevada Sagebrush gave her the experience and confidence to report for a national news outlet. She suggests other ambitious student journalists take part in school activities like she did.

“Get out there and report, sitting around won’t take you far,” Johnson said. “The more you write and the more you report the better you’ll be.”