The Man from Searchlight: A remembrance of Harry Mason Reid (Part I) 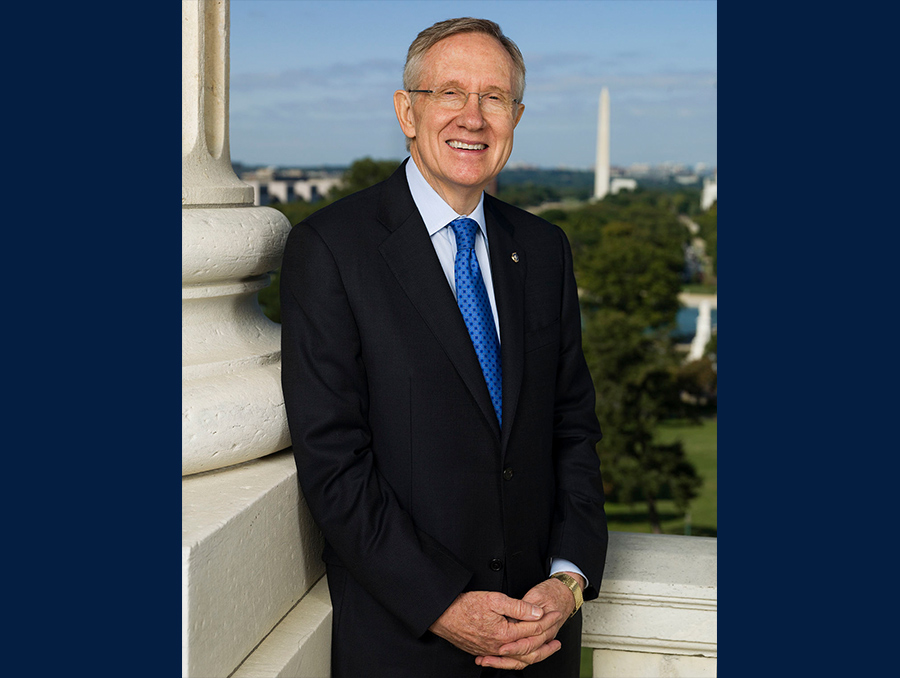 The Man from Searchlight: A remembrance of Harry Mason Reid (Part I)

Whenever the sun at the close of day,
Colors all the western sky,
Oh my heart returns to the desert grey
And the mountains tow'ring high.
Where the moon beams play in shadowed glen,
With the spotted fawn and doe,
All the live long night until morning light,
Is the loveliest place I know.

On December 28th, 2021, Nevada and the nation mourned the passing of a man who was, for the last several decades, a central figure in the politics of the Silver State and the nation. Senator Harry Mason Reid (D-NV) died at the age of 82 after a years-long fight with pancreatic cancer. His memorial service was held at the Smith Center on January 8th, 2022. I had the privilege to be amongst those in attendance that day in Las Vegas. The event, “The Life and Legacy of Senator Reid,” revealed that, above all, Harry loved his family dearly, was a prolific politician, and cared deeply about his home state of Nevada.

At his memorial, I witnessed the fact that Harry’s position, as one of the most powerful politicians in the nation, did little to diminish his dedication to his family. Each of his five children delivered eloquent remembrances of their father. They recounted his love and care for them. Rory Reid—Harry and Landra Reid’s eldest—recalled his father’s sense of humor. He described the time Harry had sent him to campaign and to knock doors in Ely, NV—an area famously anti-Reid. At the first house, Rory explained his father was Harry Reid. The Ely farmer responded by chasing Rory from his house, with a hoe in hand. Harry’s reaction later that day to Rory’s experience? After stifling his laughter, Harry replied, “wait until you get to Elko County.” Reid’s daughter, Lana, recounted the time her parents stayed with in her house with her husband, and their young kids. She remembers Landra and Harry sharing a trundle bed in the basement. Every morning when Harry arose to go to work at the Capitol he was “forced to maneuver around toys before his security detail picked him up… At that time, I bet he was the only Senator that had to navigate [toys].” Lana noted that her father prioritized his kids and was always there for his family. “[My dad] never made us share his time or attention with anyone,” Lana concluded.

Also evident at the event at the Smith Center was Reid’s outsized political legacy. In addition to Harry’s family, the event featured prominent current and former politicians. Former President Barack Obama delivered the eulogy (video). As Obama recalled about his long-time friend, “he was always, unfailingly, himself.” Obama, in addition to his former colleagues Leader Chuck Schumer, Speaker Nancy Pelosi, and President Joe Biden, recounted Harry’s signature phone style, “‘Okay then, Mr. President,’ he’d say, and hang up. The whole conversation would last about five minutes. But in those five minutes, he’d communicate more than some folks do in a couple hours.” His “straight to business” attitude is something of a unique quality amongst politicians, Obama recalled. “Harry knew who he was, and had the distinct advantage of not really caring what other people thought of him. In a town obsessed with appearances, Harry had a real vanity deficit.” In the current era of outspoken idealogues, Senator Reid offers an example of someone able to say things as they were, to cut through the noise, and straight to the issue at hand. More so, his quirks and personality endeared his long-time colleagues and made him an effective leader and friend.

The conclusion of “The Life and Legacy of Senator Reid” featured an ode to Harry’s oldest love—Nevada. “The Killers” lead singer Brandon Flowers gave a stirring rendition of “Home Means Nevada.” Attendees sang along. As the State’s song filled the grand hall, it was clear to me that Reid was shaped by the Sagebrush State and left behind a vastly different place than the one that he entered, in 1939, in the dusty, mining town of Searchlight. The son of a poor hard rock miner and laundress, Harry Reid leaves behind a state which is transformed by his efforts, a family that remembers his warmth and love, and a Democratic Party and nation shaped by Harry Reid.