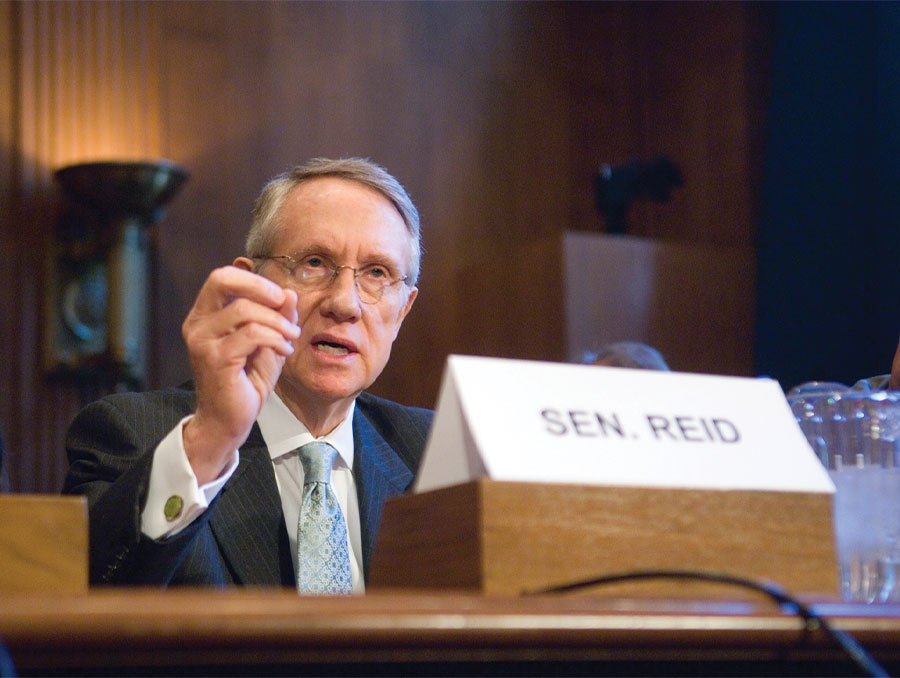 Few could imagine when Harry Mason Reid was elected to the U.S. House of Representatives in 1982 that he would have the prolific career he did. Following his one term in the House, he ran for the U.S. Senate and won. He would walk through the halls of the Senate for the next three decades, ushering Nevada into a place of greater national prominence during his tenure. Reid rewrote the way Nevada treated the environment. He expanded the state’s renewable energy portfolio, conserved thousands of acres of land, and re-engineered water deals. He was distinctly Nevadan, a fighter, full of his own contradictions, but passionate about the sagebrush, mountains, and streams of the Silver State. Following his death, I began considering: what legacy does he leave behind? I have come to recognize that it can be best described as transformative. Reid’s historical knowledge allowed him to pass numerous landmark pieces of environmental legislation. His tenacity and skill left its mark on the U.S. Senate. And finally, he was a critical agent in the transition Nevada underwent, from a place of antiquated motifs to a modern Western state full of diversity and care for the environment.

Reid showed a keen ability to understand the history of his home state and the U.S. West. He seemed able to recognize the broad transformations taking place in the region and blaze a new trail in Nevada. Searching through the multitude of newspaper clippings in the archives from the past few decades reveals numerous occasions when Reid pursued a political issue deemed by many to be not politically profitable or prudent at the time—such as the establishment of Great Basin National Park and his support of the DREAM Act in 2010. During his tenure in Washington D.C., Reid accomplished a great many political achievements that prioritized collaboration and involvement of groups not typically included in negotiations. Chief among these was the passage of the negotiated settlement which reallocated the Truckee River and saved Pyramid Lake, the creation of the Lake Tahoe Summit (which continues today), the Lake Tahoe Restoration Act of 2000, his advocacy for the closure of Reid Gardner Power Plant, and the blocking of a high-level nuclear repository at Yucca Mountain. It is clear that his success can be attributed in part to his understanding of Nevada’s history and his ability to see a path forward for the Silver State.

Reid’s command of Senate rules and procedures has been widely remarked upon by colleagues and political observers. The skill made him both a powerful legislator and an effective leader of the Democratic Party as a senate leader. There are many examples of this. There is the time he convinced Senator Jim Jeffords, formerly a Republican, to become an independent and caucus with the Democrats which secured a Democratic majority in the Senate—a huge coup for Reid and the party. There was the move Reid made to restructure the Senate, labeled the “nuclear option" by some, which removed the requirement of a supermajority of 60 votes to confirm most federal appointees (besides Supreme Court nominees). Reid was also instrumental in advancing President Obama’s ambitious cornerstone proposals, including the Affordable Care Act and the American Recovery and Reinvestment Act of 2009. When it came to navigating the Senate, Reid excelled.

While it may be difficult to overstate Reid’s role in national politics, it was at home in the Silver State that he leaves behind the largest impact. Op-eds penned in the wake of his death have noted his environmental legacy and the complicated and at times contradictory decisions he made. What is clear in those articles is that Nevada’s longest serving senator leaves behind a remarkable history in the context of the U.S. West and the state of Nevada. His time in office mirrored many of the metamorphoses of the state. Antiquated motifs were upended—from Nevada as “wasteland” to Nevada the place of natural beauty, which is probably best captured in the saga of his opposition to Yucca Mountain; from Nevada solely as a place of ranchers, miners, and casinos to Nevada the diverse, full of minorities and various cultures which Reid supported, from his advocacy for labor unions, to his role in promoting the Moapa Southern Paiute Solar Project, and his push for the DREAM Act; from Nevada the state of antiquated, outdated, and unjust water allocations to Nevada the site of environmental activism, where Reid aided in reengineering water deals in sensitive places such as Lake Tahoe, the Truckee River, and the Walker River. Reid did a great deal for the state of Nevada, perhaps more than any politician before him. He left behind a vastly different place than the one he grew up in. Because of this, it is clear to me that studying Harry Reid is crucial to understanding the modern history of Nevada and the U.S. West.