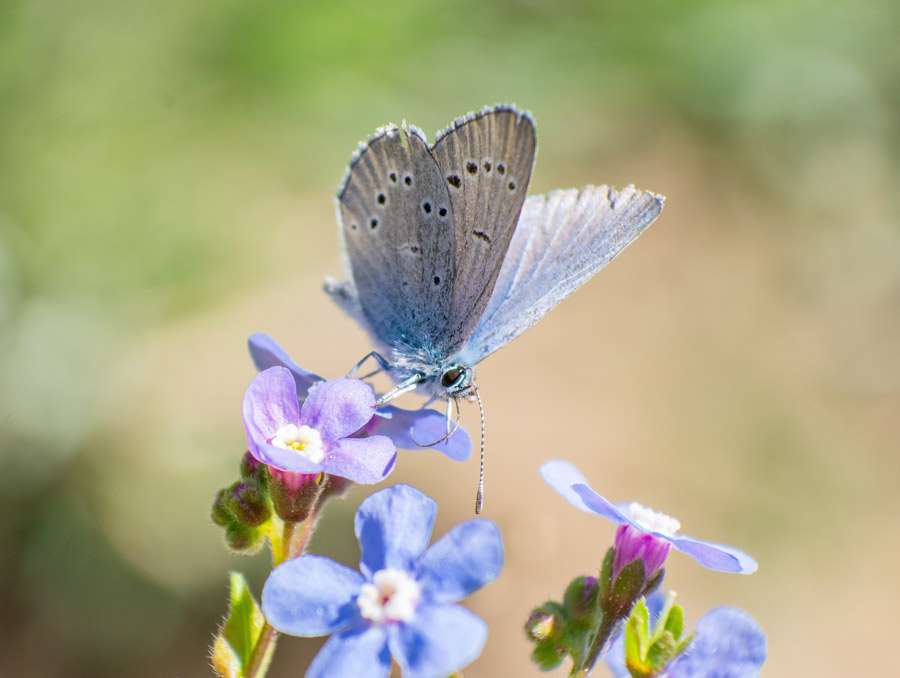 From bird food to entomological meta-analysis

A big part of Grames’ doctoral dissertation was on the effects of food availability on bird population biology. Food for birds includes insects, and Grames conducted a meta-analysis on ornithological studies that included information about food availability, also known as insect populations.

While Grames was synthesizing data on insects as food for birds, entomologists were becoming increasingly concerned about insect decline, including her neighbor in the graduate student offices, Graham Montgomery. At the time, meta-analyses that had been published about insect decline were not very comprehensive and were based on fairly limited data that mostly came from Europe and North America. Knowing that Grames was developing methods for finding and synthesizing difficult-to-retrieve data, Montgomery suggested that they start a project to gather data on insects to help understand insect decline, and EntoGEM (the Entomological Global Evidence Map) was born. EntoGEM is part of the Research Coordination Network supported by the NSF grant.

“Once we started working on it, we realized it was a lot bigger than we initially anticipated,” Grames said. Many large-scale insect population studies have taken place in Europe and North America, but there are fewer examples from elsewhere. Furthermore, data from other countries can be inaccessible to researchers trying to do meta-analysis due to language barriers.

“A lot of scientific literature is published in languages other than English, so when we’re only searching in English, we’re missing many excellent long-term data sets that have been published in other languages,” Grames said. This problem is widespread in science. Entomological data are missing from a lot of tropical regions which have the most biodiversity and incredibly high numbers of insects.

Over the last half century, but especially in the most recent decade, there have been reports from around the world of insect declines. Researchers have estimated that insect loss is happening at a rate of 1 - 2% per year.

“Compounded over years, [that rate] is really, really scary for biodiversity and ecosystem function,” Grames said.

Insect data is scattered over a variety of fields, like medical entomology and ornithology, and even though those fields might have excellent insect data, it’s hard to integrate the data when the fields are so siloed. Grames said it’s important to bring people into the network from a variety of fields. It’s also helpful for databases to be able to “talk” to each other nicely, which is a skill meta-analysts have had to develop. In the future, Grames said that standardizing data collection and reporting would be immensely important to not only EntoGEM, but also to standardize insect sampling methods across disciplines. There are already recommended protocols for insect sampling, but people working in other disciplines, like ornithology, may not be aware of these standards.

“Usually when you do a systemic review or a systematic map, you might have 12,000 studies to look through, which is a manageable number,” Grames said. When the researchers finished collecting the data and removing duplicates, they had over 135,000 research papers to sort through. As researchers designed the methods for search criteria, they included over 1500 synonyms for “insect,” including genus-level names. But not all the search results they received were relevant. For example, if Grames wants to search for changes in insect abundance, she might search “change” and “insect” and “abundance” in the database. With with those search terms, she would get results that included changes in gene abundance in fruit flies, which are commonly used biological models. Clearly, those studies are not relevant for EntoGEM. Grames said this challenge has helped with developing new methods for synthesis and identifying better ways to search.

Grames and her colleagues recently organized an all-day symposium on insect decline at the International Congress of Entomology.

“It was really well attended,” Grames said. “People came and stayed for the whole day because there was such a fantastic lineup of talks. ... It was really awesome to have that many people in one room really excited about insect decline and conservation.”

The Global Insect Threat-Response Synthesis (GLiTRS) also attended and is a similar effort based in the United Kingdom that Grames looks forward to collaborating with.

“It was really good to have all these amazing, globally-recognized researchers in the same room all talking about, ‘How can we collaborate and make sure we’re all being as efficient as possible in sharing data with each other to help the insects?’” she said.

EntoGEM will be incorporating data from citizen science apps like iNaturalist and Seek, but they’re more focused on non-digitized data sources, as those present the biggest challenge and a large portion of the available research and data.

Funding from NSF is designated for research coordination, rather than primary research. It will help support the researchers in meeting to discuss and synthesize information.

“So far EntoGEM has been doing pretty good with very minimal funding,” Grames said. “[The grant] will help by expanding participation in the network and awareness of EntoGEM so that more people will help with processing the data and curating it and getting it into the platform, coming up with new uses for it and integrating those efforts with what other people are doing.”

Grames doesn’t have a favorite insect, but she does have favorite studies that she’s come across in her work. A multi-decadal research study about Harlequin ducks in Iceland and their reproductive biology looked at “food abundance” which actually turned out to be a great study on midges. Another example of unexpected entomology data was a study looking at lake core sediments. One of the outputs from that study was density of midge heads. They used midge heads because each head is definitely one individual (as opposed to legs), and the lake core provided a 400-year sequential data set for midge populations that was carbon dated.

As Grames works to analyze thousands of research studies, she’s making it easier for other researchers to use insect population data.

“We don’t know where the gaps are,” Grames said. “By systematically identifying all these datasets and figuring out where they are, we can figure out what’s missing and what information we really need.”