Jones is a senior science advisor in the Office of the Chief Economist at the U.S. State Department 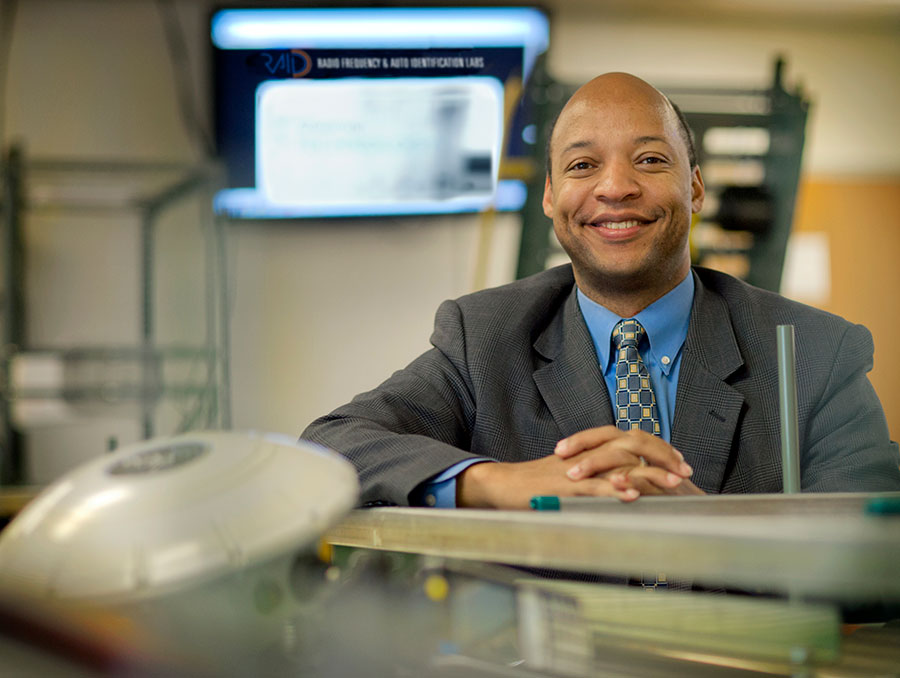 Jones is a senior science advisor in the Office of the Chief Economist at the U.S. State Department

Jones is an internationally recognized researcher in industrial manufacturing and systems engineering. His career over the past 25 years has spanned industry, government and academia. His current research on pandemic supply chains was a main consideration for working at the State Department, as the Office of the Chief Economist studies how the U.S. can better understand the economics of supply chains and how their disruptions impact global commerce, operations and quality of life.

Jones begins his appointment on Sept. 1. He succeeds Manos Maragakis, who earlier this year announced his retirement as dean of the College of Engineering after 13 years.

“In Dr. Erick Jones, our University has a dynamic leader who understands how to seize moments of opportunity in order to further an agenda of excellence,” University President Brian Sandoval said. “The possibilities seem endless of what we will be capable of accomplishing under Dr. Jones’ leadership in the coming years -- in attracting our brightest minds both among our students and among our faculty, and in creating discovery and knowledge in the service of Nevada, our society and in the furthering of social progress.”

Jones has been a Professor and Associate Dean for Graduate Studies in the College of Engineering at the University of Texas at Arlington since 2017, during which time he has also been the George and Elizabeth Pickett Endowed Professor in Industrial, Manufacturing and Systems Engineering.

“What is exciting about having Dr. Jones as our new dean for the College of Engineering is how he clearly understands the current landscape for what it means to be a Carnegie R1 ‘Very High Research’ institution,” Provost Jeff Thompson said. “He very clearly understands how we can amplify every aspect of our College of Engineering, so that we can continue to build transcendent programs for engineering education and research.”

Prior to joining UTA, Jones was a faculty member at the University of Nebraska-Lincoln for eight years. Jones is internationally recognized for his pioneering work with Radio Frequency Identification (RFID) technologies, Lean Six Sigma Quality Management (the understanding of whether a process is well controlled), and autonomous inventory control. He has published more than 243 manuscripts and three textbooks and has garnered more than $10 million in grants and contracts. Additionally, Jones has advised 44 master’s students, 18 Ph.D. students, and sponsored 32 undergraduate research projects.

Jones is an active member of a number of professional and academic organizations, including International Supply Chain Education Alliance (ISCEA), Institute of Industrial and Systems Engineers (IISE), American Society for Engineering Education and National Society of Black Engineers (NSBE). He has served in IISE, NSBE and other organizations as faculty advisor for the past decade. He was appointed as the President of ISCEA International Standards Board (IISB) in July 2020. He was also appointed as the President of IISE Work Systems Division Board in the same year. He served as an Alfred Sloan Minority Ph.D. Program Director and is on Sloan Mentoring Network Board. He worked with the National Action Council for Minorities in Engineering for over a decade and was also one of the initial founders and Past Chair of Texas A&M’s Black Former Students Network. He was recognized as an Alfred Sloan Underrepresented Minority Ph.D. Program Fellow and has been honored by the National Action Council for Minorities in Engineering three times.

Jones worked in the industry for more than a decade before returning to academia to attain his Ph.D. at the University of Houston. He held engineering, management, and executive management positions while in industry, including Engineering Supervisor, Director of Engineering, and Executive Manager for companies such as UPS, Academy Sports and Outdoors, Arthur Andersen, and LLP, respectively.

Making their MARC: the MARC program recruits its first cohort of students