University of Nevada, Reno Nevada Debate Team off to successful start in 2022 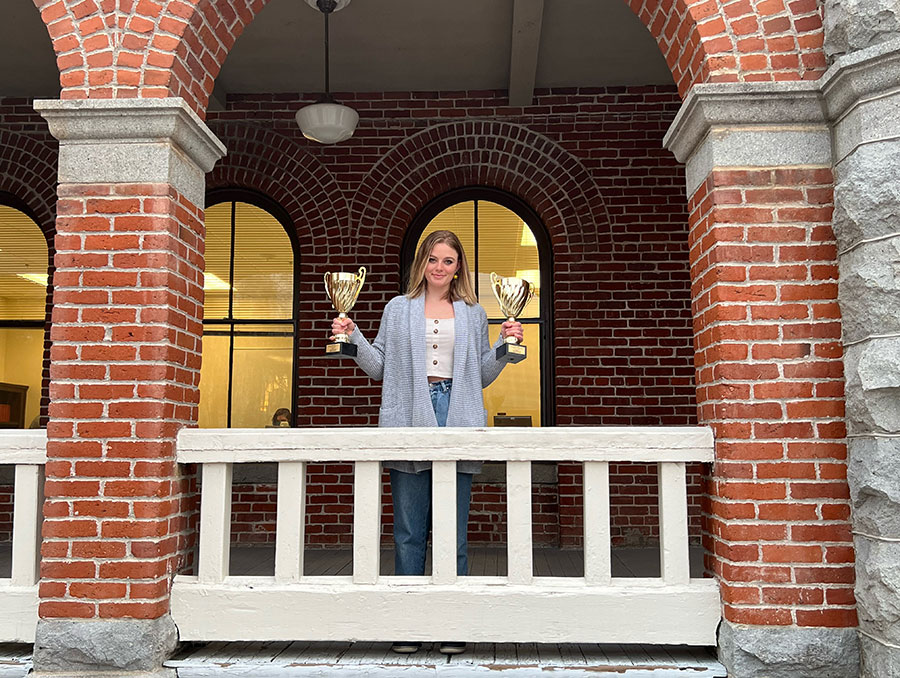 University of Nevada, Reno Nevada Debate Team off to successful start in 2022

Participants from 35 colleges and universities from 16 states across the country participated in this year’s National Online Forensics Championships.

National Online Forensics was created in 2020 by several speech and debate coaches in Southern California following the abrupt cancellation of most college championship tournaments.

The format used in the tournament is the International Public Debate Association (IPDA) format in which competitors and their opponents take individual turns rejecting topics until the list of five topics is down to one. They then have 30 minutes to research and prepare for the 30-minute debate.

Halfway through the tournament, Branch, a Wooster High School graduate (where she also debated) advanced to the elimination round of IPDA after completing prelims with a perfect 4-0 and receiving three perfect scores from her judges. As a result, Branch earned the number one seed.

This event was the largest at the tournament with 74 entries.

Branch was recognized as the third overall speaker, a separate award not tied to wins and losses, based on judge scores. She finished just 1.33 points behind first place (388 vs. 389.33).

“Hannah’s final round performances were live streamed so that audiences could watch,” Philip Sharp, debate team coach and forensics director in communications studies, said. “It made me proud to see those performances as they are the product of a season of hard work and commitment.”

“I look forward to seeing the program continue its history of success and return to in-person competition,” Sharp said.

Next, the debate team will head to Abilene, Texas, in April where students and coaches will travel for the first time since March 2020. The International Public Debate Association (IPDA) Championships will be held at Abilene Christian University April 7-11.