Professional chapters, students and University clubs reach out to the community with brain science. 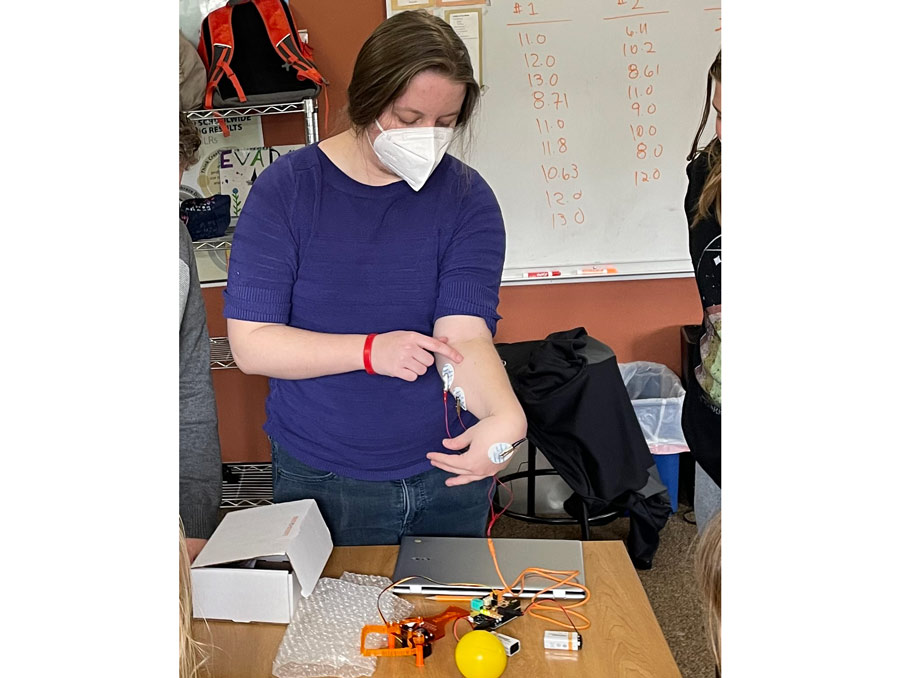 Professional chapters, students and University clubs reach out to the community with brain science.

Brain Awareness Week is March 14 through March 20, but for the College of Science and its brain-related outreach programs, a week isn’t enough time. “We don’t necessarily follow a calendar, or limit ourselves to Brain Awareness Week,” said Amy Altick, the secretary and treasurer of the Sierra Nevada Chapter of the Society for Neuroscience (SfN), which partners with the Dana Alliance for Brain Initiatives to support Brain Awareness Week.

Altick runs a number of outreach seminars, events and activities throughout the year to help educate the public about the human brain and the exciting new discoveries being made in the field of brain science.

Altick, a teaching assistant professor in the Department of Biology, worked on neuroscience research for years before joining the department as a lecturer and is the club advisor for multiple neuroscience clubs on campus. Altick sees Brain Awareness Week more as a reminder for local SfN chapters to remember their mission statements and outreach commitments. For Altick, that means integrating outreach in the classroom.

“One of my neuroscience classes has an outreach assignment that’s been really successful,” Altick said. Students design their own outreach projects and bring them to the community. Students recently presented about the brain to children in Jan Evans Juvenile Justice Center, which one presenter told Altick was, “the best thing he had done in his college career.”

Another outreach effort is the Brain Bee, open to local high school students. The Brain Bee is hosted by a local SfN chapter with students self-studying for the contest.

“The Brain Bee is like a spelling bee for brain facts,” Altick said. “It’s really well developed on the East Coast.” Her efforts to further develop the program on the West Coast involved reaching out to multiple universities with SfN chapters on the West Coast, which eventually led to a partnership with the University of New Mexico. SfN chapters from the University of Nevada, Reno and the University of New Mexico will be hosting a joint virtual Brain Bee contest on March 19. The self-study aspect of the Brain Bee has made it challenging to recruit high school students, particularly during the pandemic. However, this year Altick and her colleague from New Mexico developed an online Canvas course to study for the Brain Bee, which Altick has shared with other universities. Winners will go on to compete nationally, where they have the chance to compete for a spot in the International Brain Bee, held in Paris this year.

Outreach also includes presentations to local schools, from elementary to high school, including a special needs classroom taught by a University alumna. School presentations by University students happen year-round, with a big push during spring semester because of Brain Awareness Week.

These outreach efforts are designed to generate interest in neuroscience and to remind people to take care of the organ that makes them who they are. “There are lots of parts of your body that are very essential, but we’re very good at treating injuries to them. But because we don’t know exactly how the brain is working and it can’t replace itself, it’s important to protect,” Altick said.