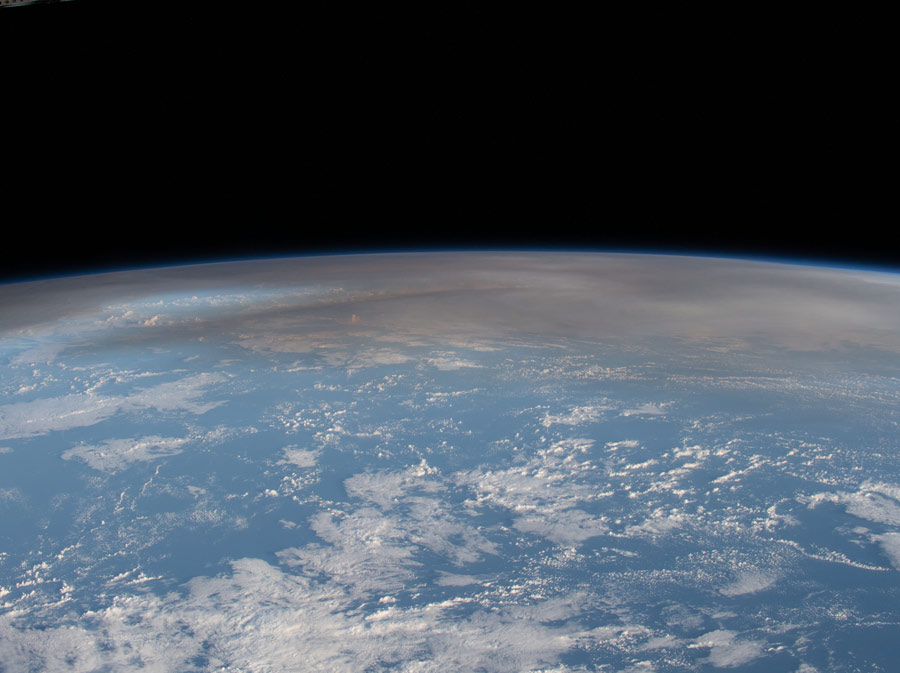 The Hunga Tonga-Hunga Ha’apai volcano in Tonga erupted on January 15, leaving the island coated in ash and causing a tsunami that caused even further damage to the Pacific island nation. There were two other major impacts of the eruption: the smoke plume from the volcano and a shockwave. Neil Lareau, an assistant professor in the Department of Physics, provides more insight on the effects of the volcanic eruption.

What effects did the eruption have on the atmosphere?

There are a number of immediate and secondary impacts. First, the eruption column reached an altitude of about 30 kilometers (98,000 feet), which is far into the stratosphere and well above the layer of the atmosphere where most of our weather occurs. For reference, jets fly at 30,000-40,000 feet (9-10 kilometers). During its explosive growth the plume generated absurd amounts of lightning, with flash densities of up to 400,000 flashes in just a few hours.

The depth of the plume means that it also injected impressive amounts of material into the stratosphere, including sulfur dioxide (SO2 gas) which can have considerable climate impacts. To be specific, SO2 reflects solar radiation back to space, and can thus have a cooling impact on the climate system, especially for eruptions of this nature in the tropics, where the bulk of the incoming radiation is absorbed. Early estimates suggest the SO2 injections were considerably less than in some other major historical volcanic eruptions including Mt. Pinatubo and El Chinchon, such that we will likely see only modest climate impacts, though it is still an evolving story.

What do we know about the shock wave that followed the eruption?

The shock wave produced by the gas explosion is similar to that in other explosions, but on a grand scale. It is caused by a compression of the air (basically a sound wave) that then radiates away from the explosion at the speed of sound. Near the source this wave can cause damage and a loud boom. It was a first for me in my career in atmospheric science to see such a massive shock wave travel around the globe, not just once, but multiple times. The eruption occurred at approximately 8 p.m. Pacific Standard Time on January 14 and the initial shock wave reached the University eight hours later at 4:00 a.m. The pressure wave was apparent as a spike then drop in barometric pressure readings from the roof of the Leifson Physics building. The pressure wave then traveled east across the U.S., and ultimately all the way around the globe at least twice. In fact, a number of stations have now recorded up to six passages of the pressure wave, which includes both the initial east-bound wave, the west-bound wave (that took the long way around), and subsequent circumnavigations by both waves. This is not unprecedented, as the Krakatoa eruption in 1883 produced similar shock waves, though for many of us this is the first event in our lifetime when we've seen this play out. It is particularly fascinating in the age of high-resolution satellite imagery which has captured the wave's progression in stunning detail.

Slide through the gallery below to see the progression of the eruption. Photos courtesy of Aerospace World View Official Weibo