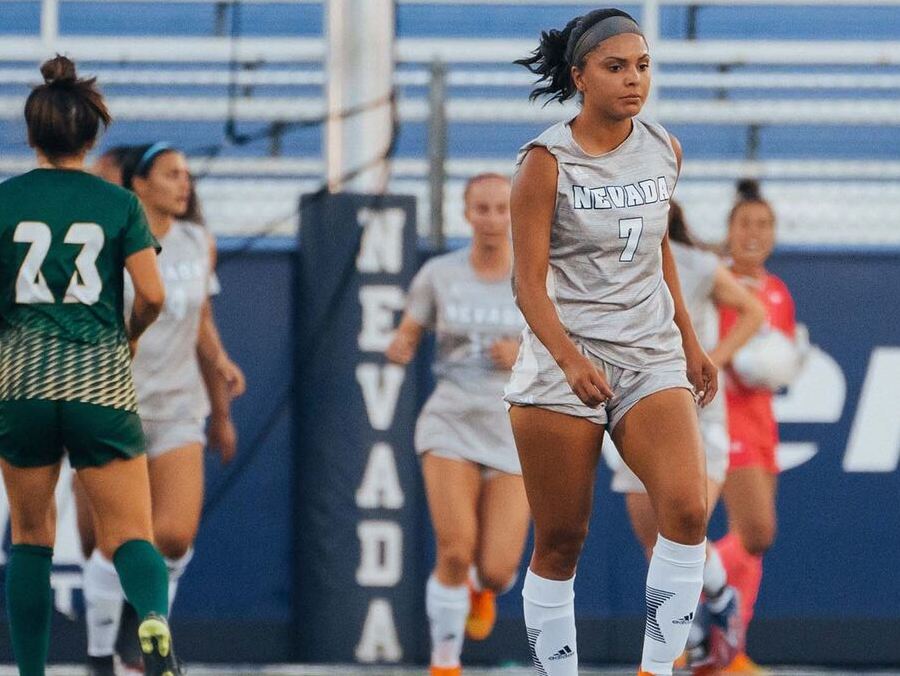 Arreaga, who won Mountain West Offensive Player of the Week on Monday, was listed as one of the top 10 performers in the country from last week. The Gilroy, California native led Nevada to a 3-0 win over Sacramento State in the home opener on Sunday with two goals and an assist for five points. She is the first Nevada player to register five points in a single game since 2006.

"It was an incredible feeling to be able to get those two goals and the assist in a huge win against Sacramento State," Arreaga said. "I think this game gave the team the boost we needed and we feel good and ready going into this weekend's games."

The Criminal Justice major's performance helped Nevada to its first win in a home opener since 2018 and first home opening win at Mackay Stadium since 2016. It is also the first time since the 2010 season Nevada defeated an opponent 3-0.

Scoring the first two goals in Nevada's win on Sunday, Arreaga's multi-score outing is the 33rd time in program history two goals have been scored in a match. Arreaga became the ninth player in the Mountain West this season to collect two goals in a match and is the first Nevada player with a pair of scores in a match since Emily Rich on Oct. 3, 2021.

Prior to Nevada, Arreaga was a two-time All-League player at Gilroy High School in Gilroy, California. In addition to being named Gilroy High School's Athlete of the Year, Arreaga competed for the San Jose Earthquakes Academy U19 team. She scored three goals and started 16 of her 17 games played for the San Jose Earthquakes Academy.

TopDrawerSoccer was created with the mission to provide authoritative, responsible coverage of college and high school aged soccer players. TopDrawerSoccer.com is the official provider of college and club scores for over 100,000 players and 5,000 teams, ranks over 3,000 players, hosts nationwide TDS Unsigned Showcases, and produces the yearly College Soccer Recruiting Guide.

Arreaga and Nevada go back on the road to continue non-conference play on Friday, taking on New Mexico State at 6 p.m.