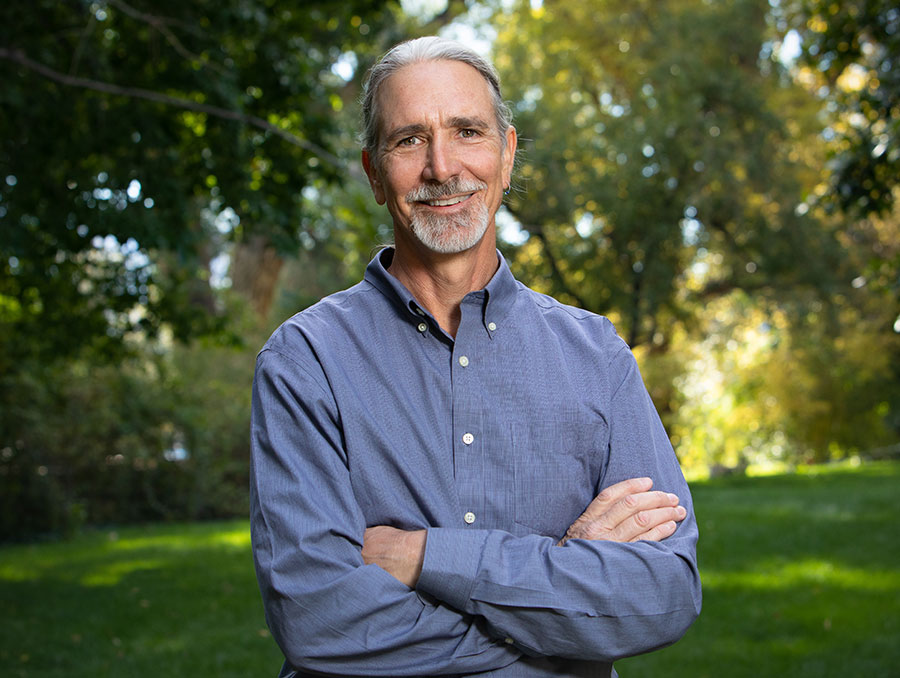 University of Nevada, Reno Foundation Professor of English for the College of Liberal Arts, Michael Branch was named one of this year’s Nevada System of Higher Education (NSHE) Board of Regents’ Creative Activities Award recipients. Previous Nevada Writer Hall of Fame Silver Pen Winner (2017) and author of his 10th book, “On the Trail of the Jackalope,” Branch now adds a Regents’ award to his long list of accolades. The award is given annually and recognizes significant accomplishments which bring recognition, as well as national and international stature, to the Nevada System of Higher Education.

“I really like what I do; that’s what matters the most,” Branch said.

Spending decades teaching at the University-level, Branch has devoted the first half of his career to scholarly writing and research. He grew toward and is now focusing on creative writing, which gives him new energy.

Branch was humbled to hear this year that he was recognized by the Board of Regents for his creative work. He also is thankful to NSHE for acknowledging the work that he and so many others do each and every day. He said this award is encouraging and helps him know that his work matters.

Having just published his 10th book, “On the Trail of the Jackalope” (2022), Branch is no longer a novice to the writing and publishing world. His other successful books, which have brought him local, national and international fame, include “How to Cuss in Western: And Other Missives from the High Desert” (2018), “Rants from the Hill: On Packrats, Bobcats, Wildfires, Curmudgeons, a Drunken Mary Kay Lady, and Other Encounters with the Wild in the High Desert” (2017) and “Raising Wild: Dispatches from a Home in the Wilderness” (2016).

When asked how he came up with the idea to write about jackalopes, Branch said he started seeing them everywhere, from bumper stickers to a tattoo on a woman’s arm in a local saloon. He wanted to get to the bottom of the trend and the myth.

His book talks about the hoax, art, music, folklore, culture and science. It goes into the study of the horned rabbit and how that eventually led to the Human Papillomavirus (HPV) vaccine.

“I wanted to bring people into something really fun, but then in the end, you learn about culture and science,” Branch said.

Branch’s inspiration for all of his writing and stories come from two main sources: nature and family. His inspirations are also his purpose. Branch said he writes as a form of learning and to discover what he has to say.

“When I write about my daughters, I use the writing to explore that relationship,” Branch said. “When I write about the natural world, I write to not only report what I’ve seen, but I put myself in a mode of observation to deepen my appreciation for the environment.”

So, what did Branch learn about what he had to say about jackalopes? Every culture has imagined and hybrid animals.