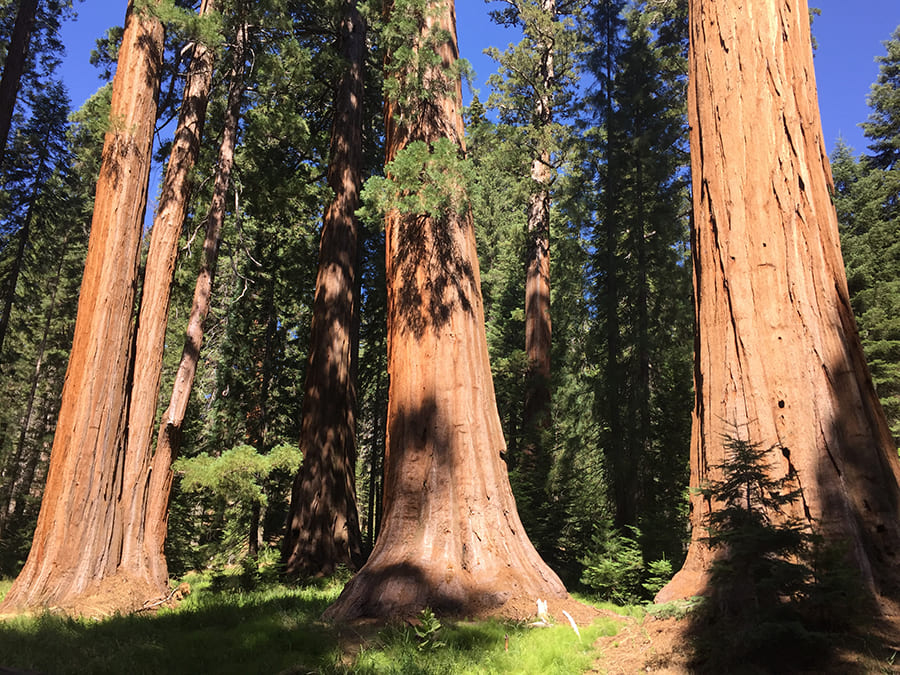 Large, majestic trees are iconic symbols of great age among living organisms, yet published evidence suggests that trees do not die because of genetically programmed age deterioration, but rather are killed by an external agent or a disturbance event. And, they can be a record of thousands of years of environmental change, especially in Nevada.

"These ancient trees are indicative of the enduring landscapes that surround us," Franco Biondi, a professor at the University of Nevada, Reno and co-author of the paper said, "and a reminder of the value of having such long-lived organisms within them."

Biondi and co-author Gianluca Piovesan, a professor at the University of Tuscia, Italy, are both dendrochronologists, researchers who date events, environmental change and archaeological artifacts by using the characteristic patterns of annual growth rings in timber and tree trunks. Biondi directs the DendroLab at Nevada, and is part of the University’s College of Agriculture, Biotechnology & Natural Resources. Piovesan directs the Dendrology Lab at Tuscia, and is in the Department of Agriculture and Forest Services.

In their paper about tree longevity published in the August edition of New Phytologist, as a Tansley Review, they find that the “cambium,” which is the growth tissue area between the bark and the wood, appears immune to senescence, which is defined as the intrinsic age-dependent increase in mortality or deterioration in performance under the control of an internal biological clock. Theoretically then, trees could be immortal organisms, and gene expression analyses are starting to uncover the processes that maintain a balance between growth and aging processes in old trees.

The paper also cites wildfires, droughts, insect outbreaks, bacteria, viruses and fungi, as well as human impacts, as the external forces causing tree mortality. The authors suggest that because large old trees may be affected by ongoing and future global changes in climate, land use and disturbance regimes, a solid scientific understanding of maximal tree lifespans is needed to design optimal conservation policies and management strategies.

"Trees are natural archives of environmental change, and tree longevity gives us that long-term look at the history of natural and human impacts on our world," Biondi said. "The value of old trees as archives of environmental variability and abrupt events, which has long been recognized for temperate and high-latitude areas, has recently been extended to tropical forests. At the same time, the distribution of old-growth forests has been reduced greatly by human impacts."

In their paper, Biondi and Piovesan argue that tree longevity is a key trait for global syntheses of life history strategies, especially in connection with disturbance regimes and their possible future modifications.

"It's becoming possible to evaluate how long the trees have withstood natural disturbances, with or without their combination with human activities," Biondi said.

Biondi says capacity to exceed 2,000 years of age has been demonstrated for six types of conifer trees, including types of juniper, sequoia, cypress and pine. Other conifers include dendrochronologically tested trees with ages in excess of 1,000 years, such as Agathis, Australian pine and Douglas-fir, to name just a few.

Tree size, both girth and height, varies greatly for trees of the same age, and is therefore not a reliable indicator of maximum lifespan. As a general, practical rule, which is explained and supported by research presented in their review, "the largest trees are not the oldest ones," especially within a species. More reliable indicators of old age can be found in crown and bark characteristics, as well as partially exposed root systems.

Long tree lifespans are allowed within areas that support resistance to, or avoidance of, mortality from outside forces. Another requirement for trees to achieve their maximum longevity is either sustained growth over extended periods of time or at least the capacity to increase their growth rates when conditions allow it.

"It's not just human impacts, there are multiple impacts," Biondi said. "However, one timely message is that we often do not understand how to best manage forests. Based on long historical perspectives, if we protect the forest too much (like fire suppression for the past 100 years) the forests will not be so healthy. For example, Sequoias need fire to regenerate. They can't reproduce if the density between trees gets filled in with other species, so surface fires might give them another chance to thrive."

Biondi, whose research is in part supported by the University's Experiment Station, points out that while there are extremely old trees around the world, some of the best examples are right here in the Great Basin of Nevada.

"We have landscapes in our state that show extreme resilience, and these ecosystems have been there thousands of years," he said. "It's a reminder that ecosystems are more resilient than we think. In some areas of the Great Basin, there were many more fires before settlement, from 1500 to 1800, than in the last two centuries."

In their paper, Piovesan and Biondi also explicitly challenge the long-held notion that shade-tolerant, late-successional species are long-lived compared to early successional species. They say to forget what you learned in any intro biology or ecology course about how trees grow within their ecosystems. The idea of succession, where fast-growing trees give way to old, slow-growing trees, just isn't the case on most Great Basin mountains.

"The classic view of ecology is that forests go through stages – succession," Biondi said. "Since the 1950s the idea that the ecosystems are like organisms – with climax species on a trajectory – is based on European and Eastern American views. Where we live, here in the Great Basin, there's plenty of evidence that this doesn't happen, and species such as bristlecone pine, which includes trees as old as five thousand years, are both pioneer and climax – or neither one. They are not replaced by any other species. It's been staring at us in the face all these years: tree species with extreme longevity do not fit the successional paradigm."

Identifying extremely old trees is therefore the groundwork not only for protecting and/or restoring entire landscapes, but, based on long historical perspectives, also for revisiting and updating classic ecological theories that shape our understanding of environmental change.