Decades of Wildlife Past 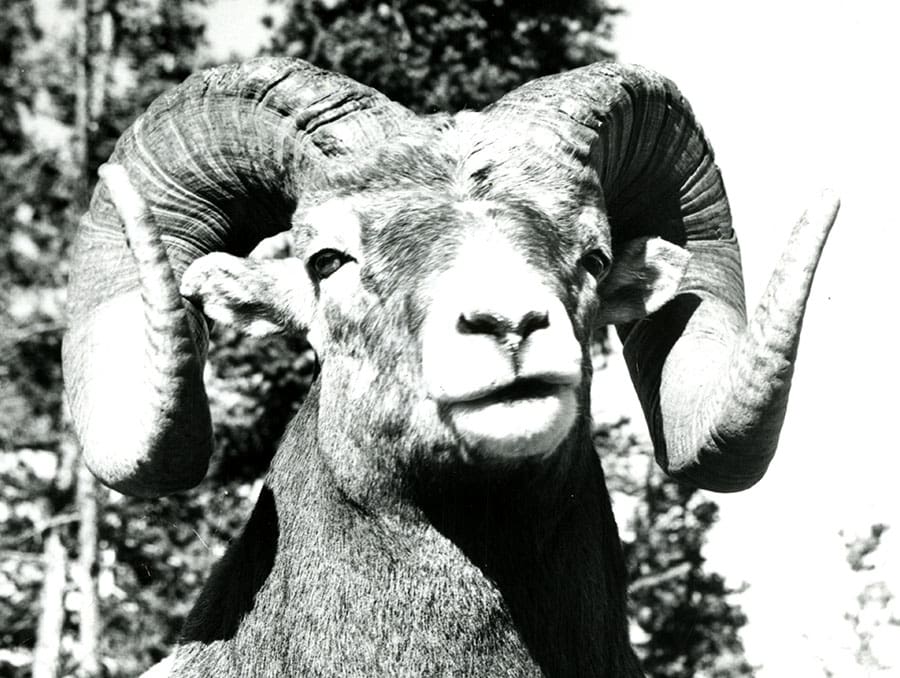 Decades of Wildlife Past

In a state dominated by public land and the influence of the Bureau of Land Management, it should come as no surprise that Special Collections and University Archives (SCUA) at the University of Nevada, Reno Libraries holds a number of collections focused on the regional ecosystems and their management. From mining to the Sierra Club, we have extensive information on the environmental history of the Great Basin and the Sierra Nevada mountains. In spite of everything 2020 threw our way, and with the assistance of a CARES grant from the National Endowment for the Humanities, SCUA is pleased to announce the completion of a multi-year project to process the extensive papers, slides, and photographs of the late wildlife biologist James D. Yoakum (1926-2012).

Jim Yoakum grew up in California, served in the US Navy in the Pacific theater of World War Two, and attended Humboldt State University (now CSU Humboldt) and Oregon State University on the GI Bill, where he studied wildlife management and developed a lifelong interest in species of elk, deer, and antelope. In 1957, the Bureau of Land Management hired him as their very first wildlife biologist. After a few years in Oregon, he transferred to Ely, Nevada, and spent the rest of his life based in the state. Pronghorn antelope turned out to be his lifelong professional passion, and the collection now available at SCUA reflects that interest.

Yoakum clearly loved the animals of the Western US, and wanted to undo some of the damage caused to the landscape by previous generations. A number of photographs document the sometimes-fatal impact of wire fencing on antelope in the grasslands, BLM efforts to eradicate invasive species and re-seed with native plants that are naturally part of the animals’ diets, and Yoakum’s own interest in creating rainwater collection points in deserts and arid climates to provide animals with artificial oases. He wrote and taught extensively about the native plants and animals of the Great Basin, the Sierra Nevada and the Rocky Mountains, and the prairies of the northern US. He was even invited to Peru to consult with their government on ways to protect and encourage the recovery of the threatened vicuña.

The James D. Yoakum Papers at the University of Nevada, Reno is an extraordinary resource for anyone interested in the animals and environment of western Canada, the western US, and parts of South America. The slides alone number in the tens of thousands, arranged carefully by Yoakum’s own classification system, which groups the images by species and locations. The images of pronghorn antelope, for instance, provide a record of herds and individuals over decades. There are photos of elk or buffalo that are classic images of the West, and close-ups of fish and reptiles that might elude a less experienced wildlife photographer.

Documents in the collection include the texts of his educational slideshows about the Nevada wilderness, part of an extensive career dedicated to the preservation and protection of the fragile ecosystems of the desert, prairie, and mountains. SCUA has worked to process the massive collection over several years. We are grateful to the NEH for helping us power through the last section so this wonderful resource can be available to our students, faculty, staff, and community members.

The University Libraries embrace intellectual inquiry and innovation, nurture the production of new knowledge, and foster excellence in learning, teaching and research. During each academic year, the Libraries welcomes more than 1.2 million visitors across its network of three libraries: the Mathewson-IGT Knowledge Center, the DeLaMare Science and Engineering Library and the Savitt Medical Library. Visitors checked-out more than 90,000 items and completed more than 2 million database searches.