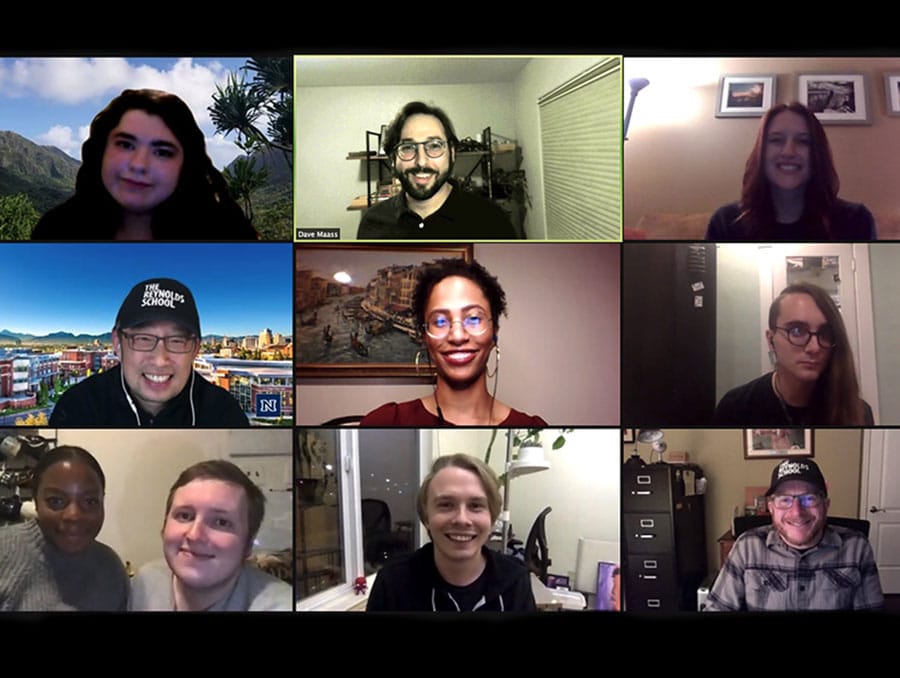 The Electronic Frontier Foundation (EFF) announced this week that it received the James Madison Freedom of Information Award for Electronic Access for its Atlas of Surveillance, the largest-ever collection of searchable data on the use of surveillance technologies by law enforcement agencies across the country.

The Atlas, launched in July, contains data on more than 7,000 surveillance programs—including facial recognition, drones and automated license plate readers—operated by thousands of local police departments and sheriffs' offices nationwide. With a clickable U.S map and a searchable database of cities and technologies, the Atlas sheds light on the devices and systems being purchased locally, often without residents’ knowledge or any oversight, to surveil people and neighborhoods.

EFF shares the award, presented by the Northern California Chapter of the Society of Professional Journalists (SPJ NorCal), with students and faculty members at the University of Nevada, Reno Reynolds School of Journalism. Over the course of two years, hundreds of students have researched and collected public records, news articles and open datasets to build the Atlas of Surveillance database. The project also compiles for the first-time research collected by news organizations, nonprofits, and academics, including the ACLU and the Center for the Study of the Drone at Bard College.

“Law enforcement agencies around the country have collected more and more advanced surveillance systems to gather information en masse on the public. But details about which police departments have acquired what systems had never been aggregated before into a single place,” said EFF Director of Investigations Dave Maass, who leads the project. “When the Reynolds School approached EFF about working together with as many as 150 students each semester on a project, the Atlas of Surveillance was born.”

“Thanks to Dave Maass’ leadership and Reynolds School of Journalism students’ enthusiasm, we were able to visualize the data and present the seriousness of the issue,” said Dr. Gi Yun, director of the Center for Advanced Media Studies and professor at Reynolds School. “It is our hope to be able to continue the project and provide valuable information to the public.”

Students working on the Atlas have also generated three special reports, including a comprehensive guide to surveillance along the U.S. border, an investigation into the growing trend of real-time crime centers and, most recently, a deep dive into surveillance on university campuses. “Scholars Under Surveillance: How Campus Police Use High Tech to Spy on Students,” released in February, uncovered records showing public safety offices are acquiring a surprising number of surveillance technologies more common to metropolitan areas that experience high levels of violent crime.

The project has served as a training ground for the next generation of reporters and advocates—students learned how to gather data, file FOIA requests, search public meeting documents and read news articles about surveillance with a skeptical eye. In turn, the Atlas of Surveillance now serves as a key resource for local and national reporters investigating law enforcement in the wake of last summer’s marches and the Black-led movement against police violence.

“Police have long used surveillance tactics to observe and undermine civil rights movements, from the 1960s to the Black Panthers to Black Lives Matter,” said Taylor Johnson, a 2021 senior at the Reynolds School, who is building datasets of surveillance technology in Atlanta Detroit and Pittsburgh in collaboration with EFF and Data 4 Black Lives. “It is our role to finally right the wrongs of the past and do better. That begins with transparency, which the Atlas of Surveillance provides. Through transparency and advocacy, blocks built up by racism can begin to be dismantled."

“Police surveillance technology poses an incredible threat to our 4th Amendment rights, so tracking the use of this technology is vital to protecting those rights,” said Madison Vialpando, a 2020 Reynolds School graduate who worked on the project over three semesters and is now pursuing a master’s degree in cybersecurity. “Working on the Atlas of Surveillance project with the Electronic Frontier Foundation has been one of the most rewarding and profound experiences that I have ever had.”

The annual James Madison Freedom of Information Awards recognizes Northern California individuals and organizations who have made significant contributions to advancing freedom of information and/or expression in the spirit of James Madison, the creative force behind the First Amendment. SPJ NorCal presents the awards near Madison’s birthday (March 16) and National Sunshine Week.