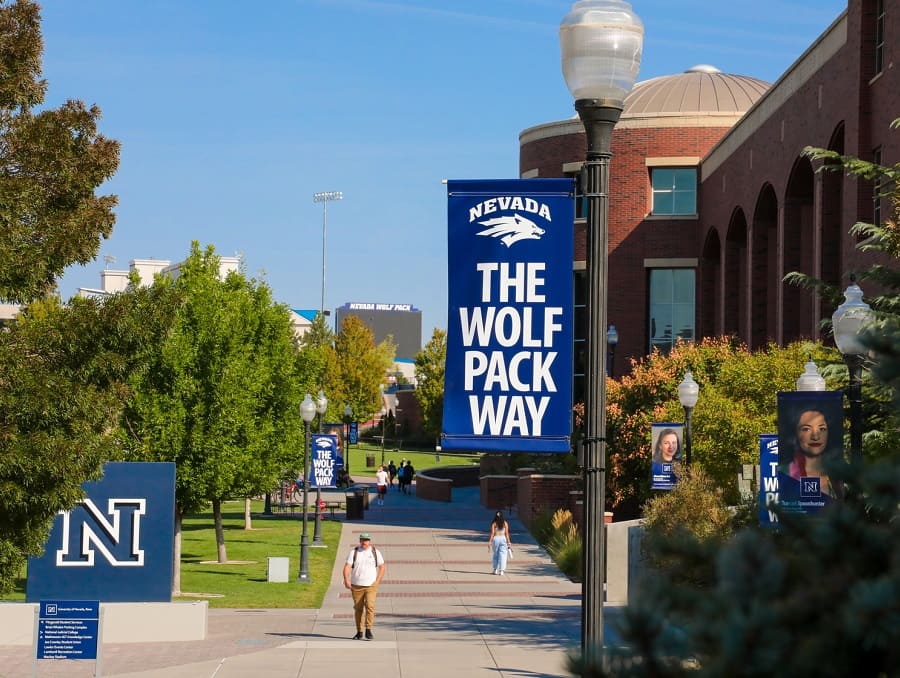 Both UNLV and UNR first reached the prestigious Carnegie “R1” or “Very High Research” classification in December 2018. Today’s news is part of the latest Carnegie Classification’s update cycle for 2021 and is considered preliminary. Following a six-week review period, the classification will be announced as official sometime in late January 2022.

“History was made in late 2018 when this Classification was reached for the first time in our System’s history – by our state’s two universities,” Nevada System of Higher Education Chancellor Melody Rose said. “Maintaining this status provides greater momentum for innovative research activity and workforce development opportunities which elevate NSHE’s role in supporting the economic diversification goals for Nevada.”

“The Board of Regents commends UNLV and UNR for retaining the nation’s highest standard for research,” said Board of Regents Chair Pro Tempore Carol Del Carlo. “Strong public research universities contribute in many ways to building vibrant, resilient communities, and we’re proud to see the remarkable positive impact that our universities are making throughout our state.”

With the recent launch of the new Kerkorian School of Medicine and continued growth in the STEM disciplines, research activity is on the rise at UNLV. Research expenditures, a key measure of university research activity, are up nearly 60 percent since Carnegie’s 2018 classification. Recent university research has captured national and international headlines, including the 2020 landmark discovery by UNLV physicists of a room-temperature superconductor – long considered the “holy grail” of energy efficiency; a team of engineering students and faculty have reached the finals of an international research challenge for their humanoid robot avatar system; and last month, geoscientists identified the first-ever mineral from Earth’s lower mantle. The university is also graduating more students with doctoral degrees by growing and expanding graduate programs, and it is bolstering the number of non-faculty researchers throughout the sciences and health sciences.

“Research is central to our success as a university and to our ability to make real and lasting contributions to our state and regional economy,” said UNLV President Keith E. Whitfield. “The R1 designation opens the door to new partnerships with private industry and provides more opportunities for our students at all levels, including enhanced learning in the classroom. This is a proud day for UNLV made possible by the collective efforts of our dedicated faculty, staff, and students and reaffirms our strength and continued growth as a university.”

The University of Nevada, Reno has continued on its upward trajectory, in several key institutional metrics that speak to UNR’s excellence in research and graduate education. For the eighth consecutive year, research expenditures reached a new institutional record, totaling $168 million for FY 2021. UNR celebrated new milestones in 2021 in three key areas, including the most National Science Foundation early CAREER faculty awardees in a single year (eight, representing four colleges), a Sloan Fellowship recognizing early career faculty with potential to revolutionize their field of study and a National Endowment for the Humanities Fellowship. Notably, Graduate School enrollment and the growth of Ph.D. programs at the University have also achieved record numbers.

“Carnegie ‘R1’ is part of UNR’s institutional DNA that highlights the outstanding teaching, research, and innovation that is accomplished on our campus,” University of Nevada, Reno President Brian Sandoval said.  Carnegie recognition is the culmination of the collective commitment, effort and success of our faculty, staff and students and their pride in our institution. The credit for today’s exciting accomplishment belongs to them for the benefit of the Wolf Pack Family.”