COVID-19: Thinking back and looking forward

Members of the Department of Microbiology and Immunology discuss the COVID-19 vaccine technology, hesitancy, distribution and more for the Discover Science podcast 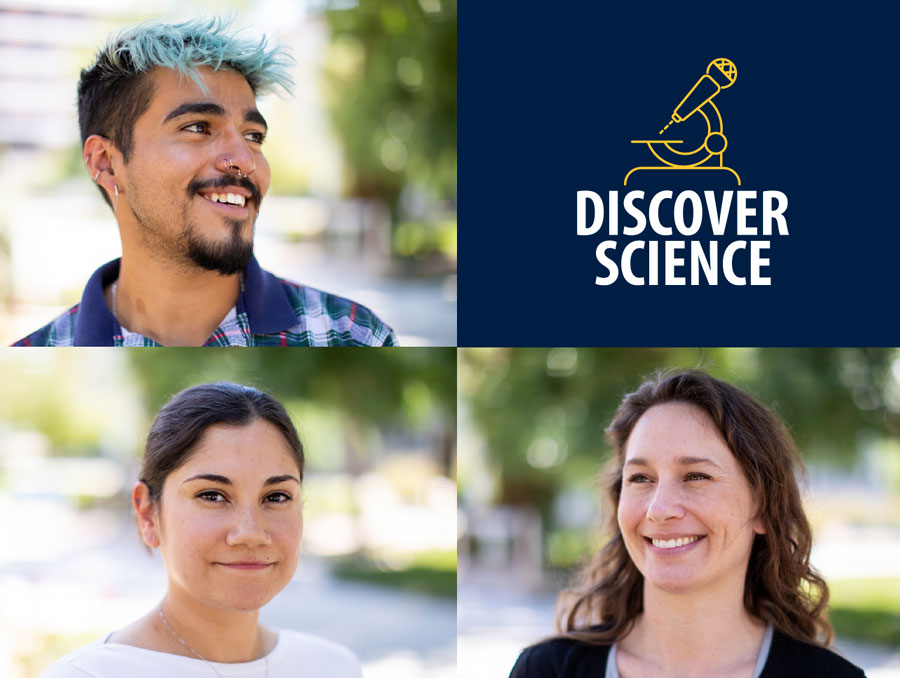 COVID-19: Thinking back and looking forward

Members of the Department of Microbiology and Immunology discuss the COVID-19 vaccine technology, hesitancy, distribution and more for the Discover Science podcast

It’s the summer of 2021. The COVID-19 global pandemic has been central to life around the world for almost a year and a half. However, the light at the end of the tunnel seems to be getting brighter. Vaccines are available and social distancing measures have been lifted for vaccinated individuals across the country. But many remain unvaccinated and new variants of the virus threaten progress made.

In anticipation of the spring Discover Science Lecture by Kizzmekia Corbett, leading developer of the Moderna COVID-19 vaccine and healthcare activist, members of the Department of Microbiology and Immunology discuss the COVID-19 vaccine technology, hesitancy, distribution and more.

Cyprian Rossetto, professor in the Department of Microbiology and Immunology speaks with Isaura Vanessa Gutierrez, alumna of the College of Science Microbiology and Immunology undergraduate program and recent graduate of the Cell and Molecular Biology doctoral program at the University of Nevada, Reno Medical School and Christopher Sanchez, a fourth-year undergraduate student in microbiology and immunology. In the podcast, the three discuss all that they’ve been through this past year and a half and all that’s ahead, framed by their collective experience as scientists and researchers. Below is a trimmed selection of the conversation.

Listen to the entire conversation by subscribing to "Discover Science" on iTunes, Spotify or wherever you get your podcasts.

Listen to the Discover Science podcast

The complete podcast transcript is available on the Discover Science podcast website.

Cyprian Rossetto: Let’s start off with a little bit about what it was like to study virology and immunology while experiencing a global pandemic.

Isaura Vanessa Gutierrez: For me personally, it was a really rewarding experience. I feel proud to be a virologist, but there’s also been a lot of pressure as well. As a scientist, people expect us to know everything. We are just people and science is always changing. But for me, the change is one of the most exciting parts about being a scientist. We evolve with the change and we can be part of that change.

Christopher Sanchez: From the undergraduate perspective, all my classes shifted towards focusing on the pandemic—focusing more on the virus that has been affecting the planet for the past year and a half now. I’m in a research lab where I will be focused on making medication for different types of diseases. We recently started one for SARS-CoV-2, targeting the protein that is used by SARS-CoV-2 to get into the cells, and it’s been really cool working on that project. We tried publishing our paper through PubMed. Unfortunately, we didn’t get it, but it was still really cool to work on that project.

Rossetto: When did you first learn about the vaccines that were under development? And when they got the emergency use, what did you think about that?

"The reason they were able to get the vaccine to clinical trials as quickly as they did was because of the years of basic research that had already happened. This is not something that they came up with in a few days."

Gutierrez: I was really excited. It was a new technology, using mRNA as a vaccine. That was super exciting. I was ready to get my vaccine. I know for a lot of people, the fact that it was made available so quickly made them nervous. But the reason they were able to get the vaccine to clinical trials as quickly as they did was because of the years of basic research that had already happened. This is not something that they came up with in a few days.

Rossetto: Exactly. There had been years of work done on Middle East Respiratory Syndrome and another coronavirus and also the first SARS outbreak had a very similar Coronavirus. All of that information—especially the information and research that had been done on the major glycoprotein, the spike glycoprotein that’s used for entry—all of that information was known before this pandemic even started. That was the reason we were able to get a jumpstart on these mRNA vaccines.

Sanchez: Definitely. In addition, people should know this is an ancient process. mRNA is not a marker that we made. Living things have already been using this system to make proteins and other functional stuff in the cell. If people could not only understand the research that went into making the vaccine, but also the process of transcription and just simple surface-level biology—where mRNA comes from in the cell and what it’s used for in the cell, I think that would make it seem less scary.

Have either of you personally had to deal with anybody who’s been hesitant to receive the vaccine? And how have you interacted with that person? What have you said?

Gutierrez: Within my family, they’ve either not had access to the vaccine or they have been hesitant. My brother, for example, does not like shots, he does not like vaccines, and he was very hesitant. Thankfully, though, he reached out to me and said, “You’re a scientist. You know about this stuff. Can you explain what I’m missing? What are the best options for me?” I talked to him and he signed up to get his Johnson and Johnson vaccine. It was one shot, a DNA vaccine. Two weeks later, he took his mask off and he said that it was the best decision he made. We have all these varieties of vaccines that can be applied to anybody who maybe doesn’t want an mRNA vaccine for whatever reason. There are other options.

"To be able not only to protect myself, but protect my friends and family and protect my community, it was just this overwhelming feeling of relief and feeling incredibly grateful."

I think that people are afraid of what they don’t understand or don’t fully understand. As scientists, we should try to provide as much information as we can. We care about people. While these bugs are incredibly fascinating, we don’t want them in us and killing people and causing disease.

Rossetto: What about your experience getting the vaccine? Where did you get it and what did you feel after you got your first shot?

Sanchez: For me, I got it in the Reno Rodeo arena four months ago. I was super, super excited after my first shot. I was psyched. I couldn’t wait to get my second one. And then I got my second one and I went home to Vegas and visited my family. It was so nice to see everyone and know that I am much safer vaccinated than I was unvaccinated.

Gutierrez: My story was a little bit different. I did not go to the Reno Rodeo arena. Back in February, they were vaccinating all the healthcare workers and some opted not to get the vaccine. There was some vaccine that had already been thawed and would be unstable within a few hours. They didn’t want it to go to waste and so they reached out to the Microbiology and Immunology Department and asked us if we wanted to get vaccinated. Of course, we all said absolutely. Our entire department jumped in, which was awesome. This was vaccine that would have been wasted and thrown away if our department hadn’t jumped in and gotten the vaccine. Getting the shot, I was so proud at that moment, as a scientist.

Rossetto: I felt the same way. I ended up having mine down at the Livestock Event Center, where you’re in your car and you go through these stops that eventually lead to somebody giving you the vaccine. I remember this relief, and also being so grateful for all the volunteers who’ve given their time and their effort to be there to make sure that our community is safe and that we’re protecting each other.

We live in a society where we interact with so many other people during the day, knowingly or unknowingly and the thought of transmitting COVID to somebody who maybe doesn’t get sick, but they take it home and transmit it to somebody else who does get sick and that person ends up in the hospital or ends up with severe disease. To be able not only to protect myself, but protect my friends and family and protect my community, it was just this overwhelming feeling of relief and feeling incredibly grateful.

One last question before we wrap up. What was the thing that you were most excited to do after lockdown stopped and you were able to go out again?

Gutierrez: I was excited to get on a plane again. Even if it was still with a mask. That was exciting.

Gutierrez: I’m definitely looking forward to going back to a concert. I haven’t done that in a very long time. And I haven’t been in a crowd of people, so that’s going to be very interesting.

Rossetto: I’m just appreciating being around people again—my family, my parents—to be around them and not be worried that I was going to potentially transmit something to them that would make them sick. I hope that appreciation stays a while and that we don’t take for granted being able just to be with each other.

And I’m glad we can all see each other in-person.

Sanchez: And all the nice big smiles.

Rossetto: Absolutely. Thank you both for being here and sharing your experiences.