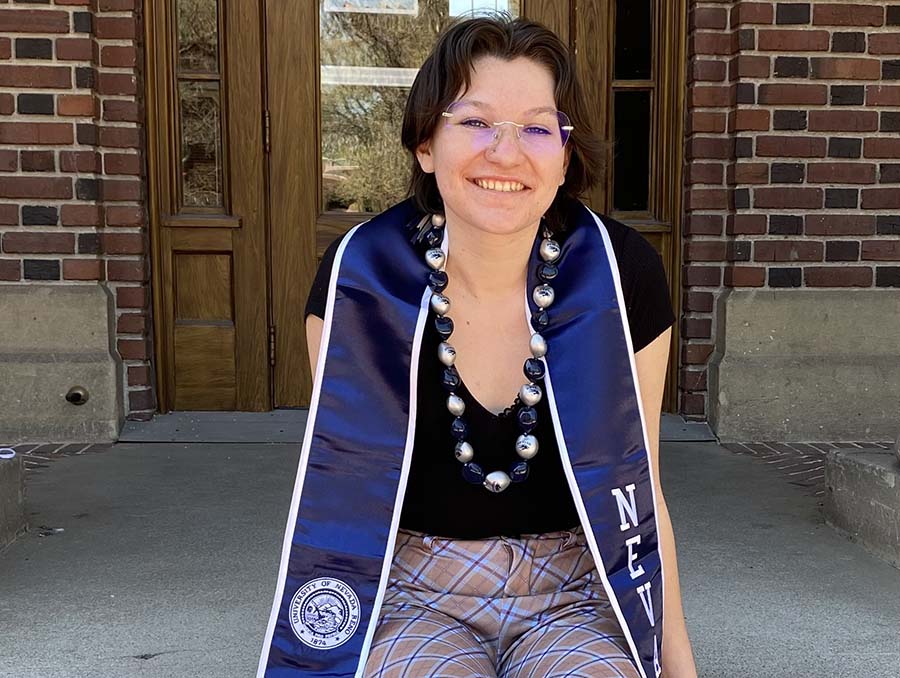 College of Liberal Arts senior Scarlett Boling is the recipient of a department scholarship from the California College of the Arts in San Fransisco, California, where she will pursue a three-year dual-degree path to earn her master’s in writing and visual critical studies.

Boling is a spring class of 2021 graduate at the University of Nevada, Reno receiving dual bachelor’s of arts degrees in art history and anthropology. She fell in love with art history her senior year of high school, but also decided anthropology would be an interesting career choice. Boling added the second major at her freshmen orientation right after choosing her first.

“At freshmen orientation, I asked if I could slap on another major and they said, ‘yeah, here’s the form,’” Boling said. “It all just kind of happened and I was lucky enough to enjoy both of them.”

Originally from Solvang, California, she decided to move away from home for college and said it was the best thing she could have done. Boling has loved the city of Reno and the University’s campus, made friends her freshman year she still has today, and has enjoyed her time as a liberal arts student.

“I’ve met great professors here,” she said. “I’ve worked in the art department since my freshmen year;  the art department is so small that you really get to know all of the faculty and students, so I’ve kind of built a little family around myself.”

Boling is excited to move to another city that she loves and to continue her academic career.

“At the moment, I’m really looking forward to honing my writing skills,” Bolding said. “I enjoy writing and I really want to get into publishing, writing books and things like that. I’ve only ever written academic papers, so I’m really excited to push myself and write in different genres and different styles and really kind of figure out what my personal style is.”

She chose the double masters in writing and visual critical studies because she liked the departments’ approach to the subject. She wants to focus not only on  writing, but art and how it interacts with society, politics and culture of the world today. She is also driven to provide public access to academic information.

“My whole thing is I really want to write academic subjects and academic information that is still very much publicly accessible,” Boling said. “I don’t like jargon; I don’t like things where you try to access an article and it’s behind a pay wall and you can’t understand what it says once you access it. I want to write academically driven information that everyone can pick up and read.”