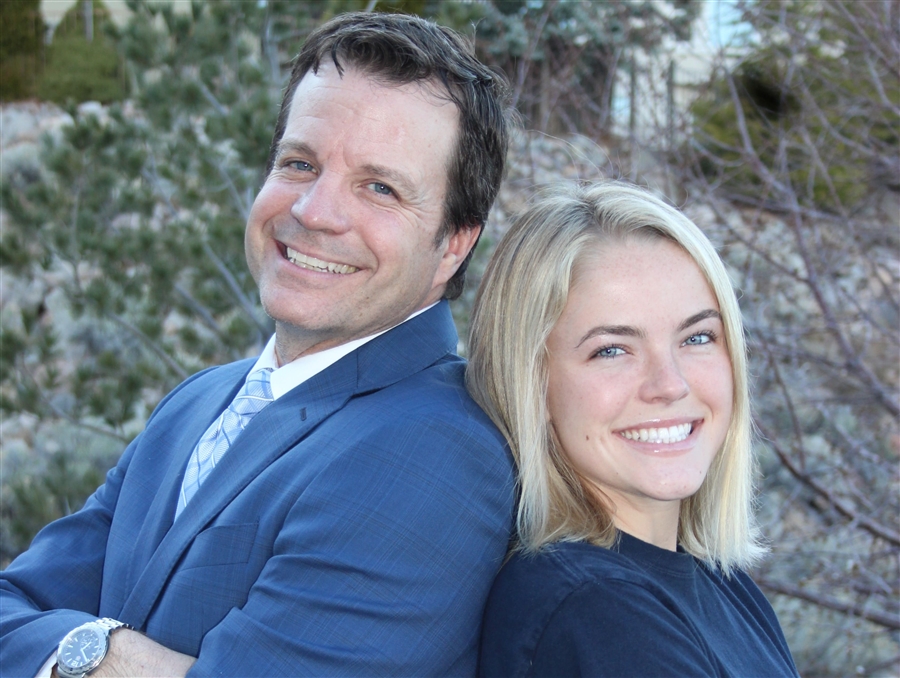 Starting today, UNPACKED will be available on the Nevada Today web page, and for download through the common podcast sources including Spotify, Apple Podcasts and others about every two weeks.

The podcast’s host/producer is MarCom’s David Stipech (formerly of KUNR), who “unpacks” the stories of people from all facets of the University community – their journey, their passions and their impacts.

Stipech’s first guest is Director of Admissions Steve Maples in a timely, hopeful and positive visit about recruiting, the upcoming fall semester, his own daughter as an incoming freshman at Nevada, and valuable life wisdom for all of us.

“It’s a quick 30-minute listen that is a truly inspiring and fascinating episode to kick us off,” MarCom Executive Director Kerri Garcia-Hendricks said. “Steve’s interview is outstanding and certainly makes our team grateful to work with such a personable and dedicated colleague. Kudos to Steve for being our first guest.”

UNPACKED: Backstories from the University of Nevada, Reno

By creating podcast content that is portable for hands-free, mobile listening around the house, in the car, at the gym or on the go, UNPACKED adds a new “lane” for MarCom in telling the University’s story.

In his 14 years at KUNR as general manager and periodic interview program host, “NPR was a national storytelling and journalism powerhouse that became a leader in the podcast format – a perfect fit for developing a new pipeline for listeners in the digital age,” Stipech said. “Only in the last five or so years has podcasting really come into its own with such a wide diversity of content, voices and producers.”

Today there are more than a million podcasts with over 29 million episodes with 68 million weekly listeners spanning all age groups, according to the 2020 Global Podcast Statistics, Demographics and Habits. A number of well-received podcasts have recently begun being offered from across the University.

UNPACKED gives a literal human voice to the University community. It connects listeners to the people behind the stories through conversations presented in a personal, credible, relatable and engaging way.

“The aim all along has been to do a really high-quality podcast that stands out with strong production that engages the listener with fascinating conversations with interesting people,” Nevada Today Editor Karl Fendenlander said. “As host and producer of UNPACKED, David really has done an exceptional job in accomplishing just that with a podcast that MarCom and the University can be truly proud of.”

The podcast supports University marketing and communications objectives and recruitment strategies. The target audience is those with at least some level of interest in or connection with the University, from staff and faculty, to current and prospective students and parents, from alumni to regents, to fans and community partners.

In the premiere episode, Maples shares what led him into college admissions and recruiting and why he is still passionate about the University and his students after nearly three decades on the job. He talks about about the emotions and process of having his oldest child, daughter Mya, choose to attend Nevada this fall.

Maples discusses the nuggets of advice he gives to high school seniors and college students, and many insightful and wise perspectives. He also talks about why he pursued a job in college admissions with Nevada and why he’s stayed for almost three decades.

“I did inquire about the [admissions] position and that’s when I met Melisa Choroszy (currently associate vice president, Enrollment Services), who 29 years ago became my boss and here it is 29 years later and she is still my boss,” Maples said in the podcast interview. “She said, ‘I need to hire somebody who’s going to be innovative and creative and willing to take risks. And so, I need you go out there and be secure in that and know that there’s nothing you can screw up that I can’t fix.’”

He added: “I always love that because over the years I haven’t held her to that too many times, but I certainly have made my share of mistakes. But it’s one of the philosophies I have about this world, that failure is an option, and it has to be an option if you’re going to be successful.”

Maples said he sees hope in the incoming Class of 2024. He refers to them as the “Homeland” generation because they were born at the time of 9/11 – and points to their resilience from being tested from that day forward with the Great Recession as they entered grade school to active shooter drills to COVID’s disruption just as they were finishing their senior years of high school.

“I have a ton of hope because of that – just watching what they’ve already been through and how they’ve faced every measure of that,” he said.

His time with the University also has fostered a confidence in the institution, forged in the fire of that Great Recession that began in 2009 with 32 percent budget cuts in one year.

“I’ve seen, through some of the toughest times financially and resource-wise, this University grow to a point where it is now a Tier 1 University, a Research 1 University through all of that,” he said. “So, it’s really easy for me to have hope because I’ve watched the progression for the last 29 years.”

Listen to UNPACKED on Spotify

Also available on Apple Podcasts and other podcast platforms.