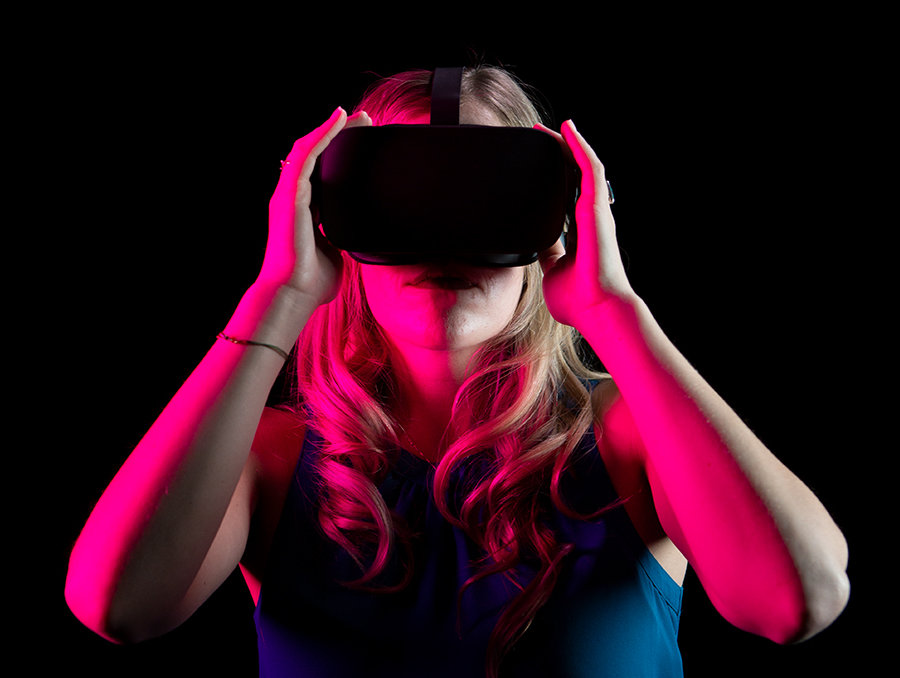 The University Libraries @Reality Virtual + Augmented Reality Lab is hosting VR Sessions, short for Virtual Reality Sessions, again this semester. VR Sessions are held on the first floor of the Mathewson-IGT Knowledge Center in the @Reality Virtual + Augmented Reality Studio, located near the @One Service Desk. Sessions feature 360 Video, Photogrammetry, 3D Modeling, the Unreal Game Development Software, and Unity Game Development Software. VR Sessions are held every Tuesday from 4:30 p.m. to 5:30 p.m. The final VR Session will be on April 21st with a party to celebrate the end of the semester where participants will be able to play with VR and enjoy pizza and soda. Any active student, faculty or staff with a valid Net ID who is interested in virtual reality (VR) is welcome to attend VR Sessions.

Why should students attend VR Sessions?

“Attending VR Sessions is a good way to open your mind about how to create VR,” said Michelle Rebaleati, manager of events and production for the University Libraries. “VR Sessions can enhance your understanding about how VR gets produced and maybe spark your interest to create your own projects.”

Learning about VR is beneficial because the technology is here to stay. VR Sessions expose students to a variety of VR applications to spark new ideas. The @Reality staff encourage any students, faculty or staff who have an interest in VR to attend VR Sessions. No prior knowledge of Virtual Reality is required to attend VR Sessions.

“VR can be applied to any major with a creative aspect,” said Hadi Rumjahn, @Reality virtual reality developer for the University Libraries. “For example you can use VR for storytelling for journalism majors, creating digital art for art majors, programming and designing materials for engineering majors, etc.”

The possibilities for VR are essentially endless and there is still much to be discovered about how it can be used.

“This semester’s VR Sessions will be geared more towards participants creating VR specific content rather than just content that may or may not work with VR,” said Rumjahn. “This technology is growing and because there are a limited number of classes about creating content for VR, these sessions will allow participants to gain real world skills in the workflow of getting content ready for VR.”

These VR Sessions will allow the students to have more hands on training with the creation of VR content.

“This semester is a little bit different because we are now inviting guest speakers to talk about VR in either education or in the industry,” said Rebaleati. “We try to find the best way to engage participants in an hour so that by the end, there will be some sort of end product.

What are the topics?

During 360 Video sessions, the students are taught to use special cameras to take pictures and videos of a 360 degree environment. Participants then are taught how to import that footage into a VR headset.

During the 3D Modeling session, participants are taught how to create objects that can be used in VR from real or not real objects. This session will go over the steps to correctly setup any basic object in preparation for its use in VR.

Participants do not need to RSVP for VR Sessions. For more information on VR Sessions, email Michelle Rebaleati at mrebaleati@unr.edu or Hadi Rumjahn at hrumjahn@unr.edu.