Five years, 370 jobs and $88 million in investor capital at the Innevation Center 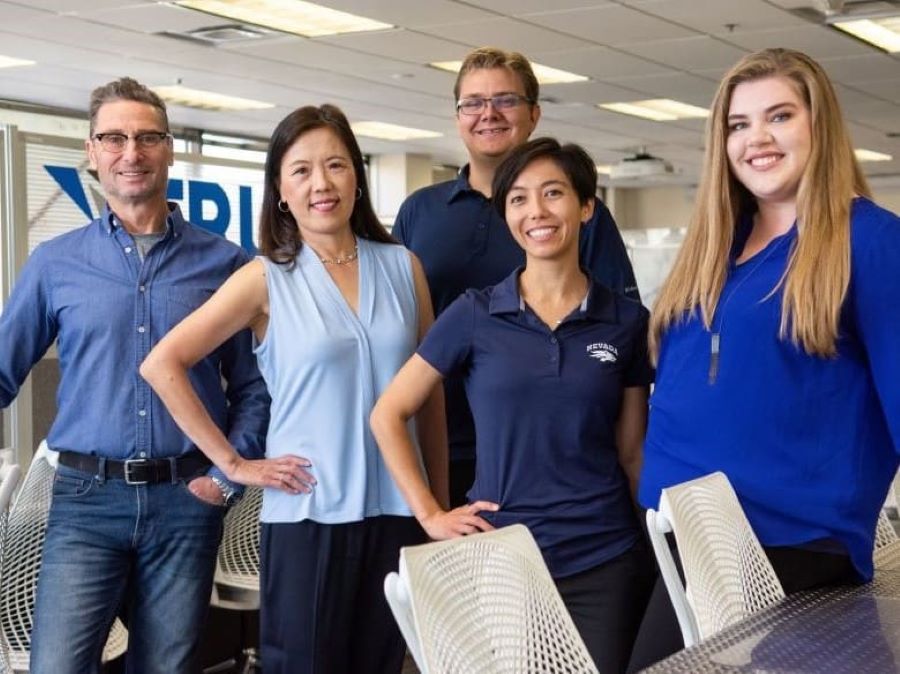 Five years, 370 jobs and $88 million in investor capital at the Innevation Center

Mridul Gautam, vice president for research and innovation, enjoys walking through the University of Nevada, Reno Innevation Center and feeling the energy that comes with ideation, invention, entrepreneurialism and collaboration. “It still gives me goosebumps,” he said.

This fall marks five years since the opening of the downtown Reno co-working environment. Over this time, the Innevation Center has acted on its mission statement to advance Nevada’s innovation economy by providing startups and entrepreneurs with resources and connections, and providing a catalyst for accelerating regional innovation with the ultimate objective of spurring economic growth, jobs and investment.

The accomplishments over the past five years are tangible: 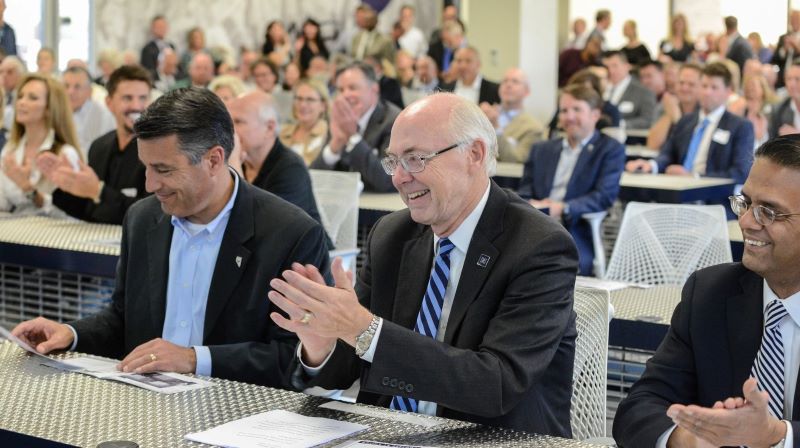 Rob Roy, founder of Switch, a world leader in data-center development and operations, was on hand to commemorate his company’s support of the project. Switch funded the initial interior build-out of the Innevation Center and also suggested the name which takes the "no" out of innovation.

“A spirit of collaboration was set that first day and it has continued,” said Heidi Gansert, the University’s executive director of external affairs who partnered with Gautam on the early planning. “The Innevation Center brings people, organizations and resources together. It has served and continues to serve as a critical piece of infrastructure to advance economic diversification in our region.”

“When you think about it, the Innevation Center was a startup venture itself. It was an experiment,” Gautam said. “We had to make it a welcoming place, and we had to involve solid, experienced entrepreneurs who had done great things and would attract early-stage entrepreneurs."

Even now, with COVID-19 precautions in place and the building open to the public by appointment only, the Innevation Center, which is part of Research & Innovation, remains a hub of activity and collaboration. As of summer 2020, the Innevation Center had 68 active, member companies and organizations representing 242 individual members.

“The Innevation Center team has been very deliberate in making the Innevation Center into an open, inclusive space where anyone can take advantage of its trainings and services,” said Ellen Purpus, assistant vice president for enterprise and innovation. “In addition, we owe a debt of gratitude to the Reno entrepreneurial community. They have fully embraced us and helped ensure that our experiment would work.”

“I want (the Innevation Center) to continue to be in beta mode, always changing, analyzing, improving, keeping up with the times,” said Gautam.

“We have to continue being a hub and a magnet that attracts creatives, entrepreneurs, venture capitalists, technical experts and our faculty and students,” said Gautam. “We want to be the place where early-stage companies come not just to be there, but to be there because they want to grow, they want to push.”

Director Grace Chou, who joined the Innevation Center in 2019 from the Nevada Governor's Office of Economic Development where she was director for manufacturing and technology, sees a number of future priorities including more strongly connecting to the people and resources of the University, further developing usage and awareness of the Makerspace, enhancing resources and opportunities to increase market access for entrepreneurs, and exploring new funding and partnership opportunities.

An additional focus for Chou and her team is responding and adapting to the evolution of workspaces in this time of pandemic. A webinar series was launched this summer to connect members and the community online and to provide a forum to discuss emerging technologies and issues related to innovation and entrepreneurship.

The Innevation Center is open to the community through a membership model and this sets the stage for University students, faculty and staff (for whom memberships are free) to engage with entrepreneurs, investors, commercialization experts and community leaders.

When you enter the facility the presence of students is immediate. Student workers staff the front desk and assist members and guests with needs such as audio-visual support. Several of the member companies and organizations employ University students and alumni as well. The University’s novel, for-credit, multidisciplinary Design Process Class was developed and is taught by Crystal Harvey, Innevation center assistant director, and Jim Sacherman, the center’s first director and a successful entrepreneur himself.

The Innevation Center’s Makerspace is home-base for FYRE Robotics, a Reno robotics competition team with members ranging from ages 13 to 18. The FYRE Robotics mentors work with Makerspace Specialist Daniel Smith to pair these students with equipment, resources and support, thus bringing their ideas to life, preparing them for competitions and, most important, encouraging their interest in robotics, engineering and science.

And, on the topics of robotics and education, an exciting opportunity is in development. The University and the Innevation Center have taken over operations of the Southside School from the City of Reno (at the corner of Sinclair and Liberty Streets across the street from the Innevation Center). In partnership with Tesla and EDAWN, a new K-12 robotics academy is planned for the building, to be known as the Southside Studio. Designs are being finalized now with a goal to launch the robotics academy in early 2021. Watch Nevada Today for additional updates.