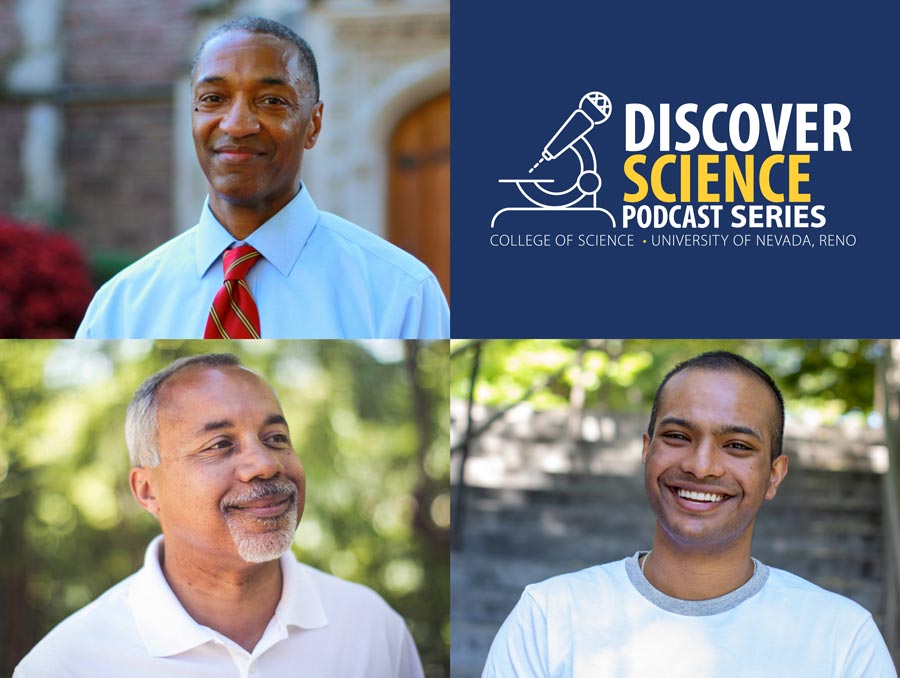 According to Tobler’s first law of geography, “Everything is related to everything else, but near things are more related than distant things.” On this episode of the Discover Science podcast, an offshoot of the lecture series by the same name, Dr. William F. Tate IV sits down with former College of Science Director of Advising, Recruitment and Retention Blane Harding as well as 2020 physics graduate Ohidul Mojumder to discuss the complex relationship between place, race and STEM attainment and the uneven contours of the education pipeline.

Listen and subscribe to the Discover Science Podcast on Spotify, iTunes or wherever you get your podcasts!

Since recording this podcast, Tate has accepted a position as executive vice president for academic affairs and provost at the University of South Carolina beginning in July 2020. Most recently, Tate served as the Edward Mallinckrodt Distinguished University Professor in Arts & Sciences, Dean of the Graduate School and Vice Provost for Graduate Education at Washington University in St. Louis. Tate has a particular interest in STEM (science, technology, engineering, and mathematics) attainment. His co-edited book, Beyond Stock Stories and Folktales: African Americans’ Paths to STEM Fields, provides historical, conceptual, and empirically-based analyses focused on the development of African Americans in STEM.

For over a decade, Tate’s research has focused on the development of epidemiological and geospatial models to explain the social determinants of educational attainment as well as health and developmental outcomes. He served as a member of For the Sake of All research team, a multi-disciplinary group that is studying the health, development, and well-being of African Americans in the St. Louis region. His book project titled Research on Schools, Neighborhoods, and Communities: Toward Civic Responsibility reflects his interest in the geography of opportunity in metropolitan America.

Tate is a past president of the American Educational Research Association (AERA). Among his research fellowships, he has been an Anna Julia Cooper Fellow at the University of Wisconsin-Madison, a Patricia Roberts Harris Fellow at the University of Maryland at College Park, a Ford Foundation Fellow at the University of Ghana, and the recipient of an Early Career Award (AERA). In 2010, he received a Presidential Citation from AERA for “his expansive vision of conceptual and methodological tools that can be recruited to address inequities in opportunities to learn.” In 2011, he was awarded fellow status in the Association. In 2015, he received Distinguished Contributions to Social Contexts in Education Research-Lifetime Achievement Award (AERA-Division G). In 2016, he was elected to the National Academy of Education. In 2017, Tate received an Inspiring Leaders in STEM Award from Insight Into Diversity magazine.

Tate visited the University in February of 2020 to speak as part of the Discover Science Lecture Series and to record this podcast.